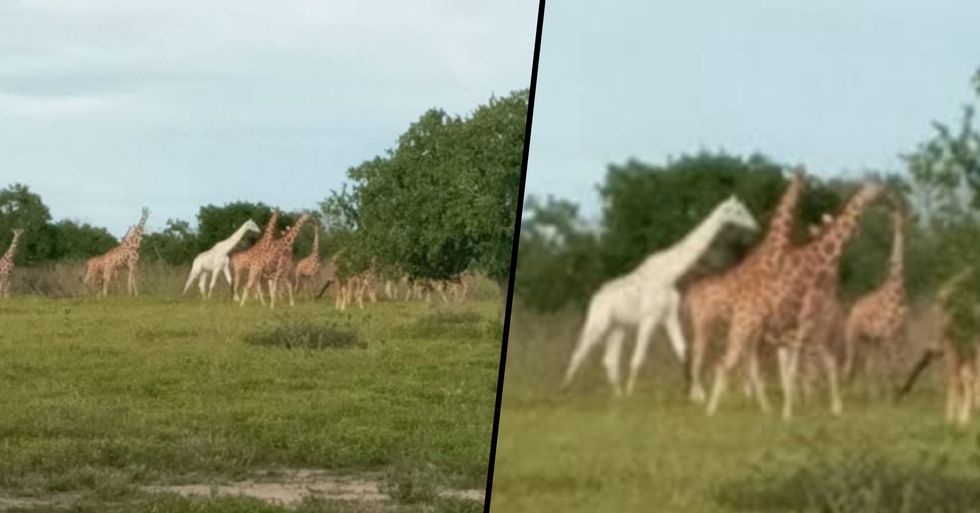 But after some horrific poaching news, there seems to be some hope for the rare white giraffe.

Warning: We must warn you that this article contains some disturbing images.

Keen hunters have been known to fork out tens of thousands of dollars just to corner an innocent and frightened animal and shoot it dead. What kind of satisfaction they get from it, we will never know.

The hunters claim that they're helping to fund "conservation efforts" with the money that they pay to hunt. However, we think that's just an excuse to keep on killing.

Remember when these British hunters took things to a whole new level?

They decided they wanted to post a whole collection of photos showing them smiling beside the corpses of vulnerable zebras as if it is something to be proud of.

Recently, the internet was hit with more sad news.

"Also, the white giraffe was a big boost to tourism in the area."

It was thought that just one male calf remained.

With the species as a whole having their future hang in the balance.

But there has been some good news today!

Another super rare white giraffe has been spotted in the wild.

The news was shared by KWS Kenya.

WOW is pretty much the only way to sum up a towering sight like this! Spotted earlier today outside the Ishaqbini… https://t.co/Bp8mCkbPcz
— KWS (@KWS)1593507888.0

And it was clear they were very excited!

As was the internet!

Although some were concerned.

Maybe it's best the world doesn't know about the whereabouts of these animals.

It could be a second chance for the species.

Want to learn more about poaching? Scroll on for how Kim Kardashian has been caught up in some controversy.