Uma Thurman Had a Chilling, Cryptic Response to the Reporter Who Asked Her About Harvey Weinstein | 22 Words 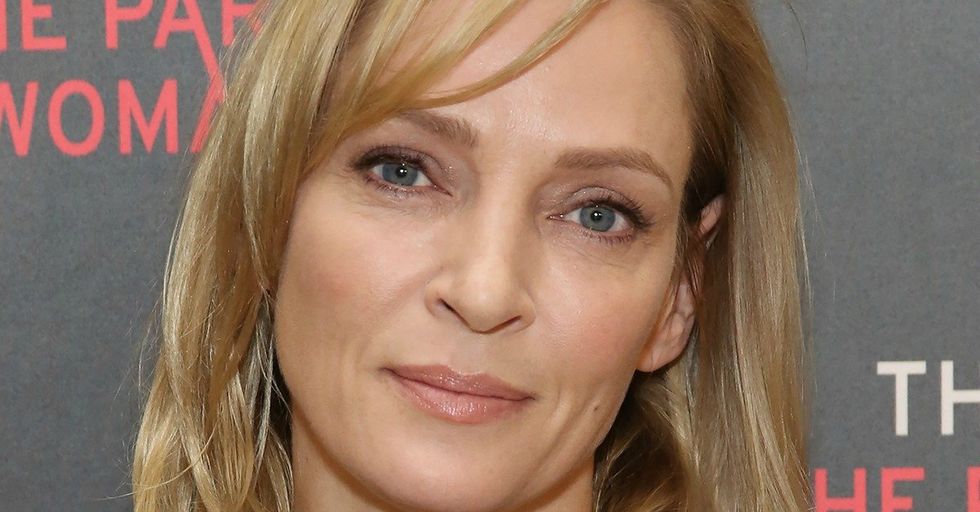 Uma Thurman Had a Chilling, Cryptic Response to the Reporter Who Asked Her About Harvey Weinstein

Namina Forna
Una Thurman attends the Meet & Greet Photo Call for the cast of Broadways 'The Parisian Woman' at the New 42nd Street Studios on October 18, 2017 in New York City.

Uma Thurman has a reputation as a badass. Ever since her intimidating turn as Beatrix Kiddo AKA the Bride in Kill Bill, Thurman has joined the elite list of actresses you really don't want to mess with. This weekend, Thurman was on the red carpet for her Broadway debut in the Beau Willimons play The Parisian Woman when Access Hollywood asked her to comment on the Harvey Weinstein scandal and the wave of sexual assault scandals sweeping Hollywood.

Her response was, in a word, intense.

"I don't have a tidy soundbite for you," Thurman said. "I've learned that when I have spoken in anger, I usually regret the way that I have expressed myself. So I've been waiting to feel less angry."

Thurman's anger is justified. Wave after wave of actresses have described being harassed and assaulted by powerful producers and directors.

Just last week, actress Michelle Pfeiffer spoke to the BBC during a press tour for her new film Murder on the Orient Express. “I have had some experiences," Pfeiffer said, "And, I have to say, since this has all come out there really hasn’t been one woman that I’ve talked to who hasn‘t had an experience. And it just really goes to show you how systemic the problem is."

Thurman, of course, is no stranger to the systematic problem Pfeiffer describes. She's been experiencing it since she was a teenager.

An interview Thurman did with Rolling Stone at 19 recently resurfaced. In it, Thurman talks about having to fend off the advances of actors, directors, producers, reporters, etc. "Unfortunately, I'm the prey," Thurman said to reporter Ben Yagoda.

She gives, as an example, an interaction with Sylvester Stallone.

Stallone is 24 years older than Thurman, and would have been 43 when she was 19. "I was here (New York's Russian Tea Room) last week at the same table," Thurman said. "Sly Stallone was at the next table. He was with a woman, and as soon as she left to go to the ladies' room, he asked me for my phone number. I said I didn't have a phone. I kept putting him down. Finally I said, 'Look, I'll go skywriting and write my number in the sky.'"

Thurman also describes the relentless encounters she has with other men.

The reporter that tried to ask her out after she'd corrected his erroneous article linking her to Robert Downey Jr., for instance, or John Malkovich, who left her a voicemail saying, "I just wanted to hear your voice." Malkovich, by the way, is 16 years older than her and would have been 35 when she was 19.

Malkovich had this to say of her at the time - "She has this Jayne Mansfield body and a horrifyingly great brain."

He is not the only director Thurman has worked with that found her attractive. Thurman worked with (and later dated Quentin Tarantino) who had "loved her for years." Tarantino, as a reminder, consistently worked with Harvey Weinstein and recently revealed that he had known about the powerful Hollywood producer for years. So yeah, Thurman has reason to be pissed.