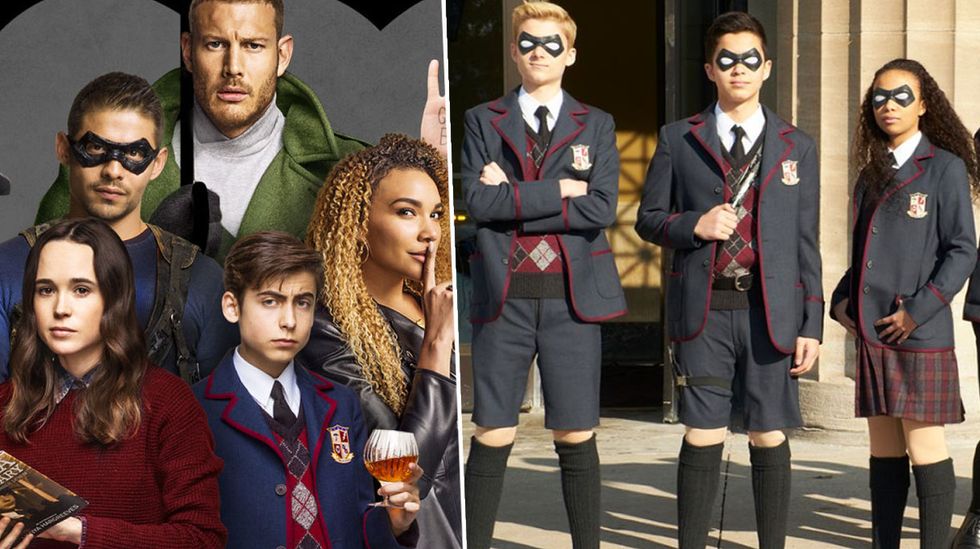 Anyone who's an avid fan of a TV show is familiar with the anxious wait for the news that it's been renewed for another season, or if, God forbid, it's been canceled.

Sir Reginald's dysfunctional academy will soon be back on our screens once again as Netflix has just confirmed that filming has begun for the second installment of the critically-acclaimed show... and the internet has exploded with excited fans eager to know when it will finally be released, especially after that, well, explosive cliffhanger.

The first season of Steve Blackman and Jeremy Slater's superhero series was released on Netflix just 4 months ago.

The Umbrella Academy was adapted from the comic books by Gerard Way, the lead singer and co-founder of the rock band, "My Chemical Romance."

The on-screen adaption has an A-lister cast.

The show follows a group of estranged siblings with superpowers, who, after the death of their foster father, have to join forces to fight off an impending apocalypse.

It rose to the top of people's favorite Netflix show rankings.

In a scenario all too familiar, it seems like the show had fans glued to their screens. Let's be honest, we all love a good binge-watching session.

The 10-episode long series reached its final, crazy climax as we witnessed (spoiler alert) how the much-anticipated apocalypse actually happened. Unfortunately, by the end, the apocalypse was underway as the Academy pulled together against their sibling, Vanya (Ellen Page), to prevent her from destroying the world. But, plot twist - she destroys the moon instead, which sends fragments catapulting towards the planet. So, to save the world, the siblings travel back in time - meaning we witness each of the older Academy members de-age and disappear. So many questions, right? But, after leaving viewers on a huge cliffhanger, and with several burning questions, it wasn't long before people took to social media to express their views...

It's safe to say that people couldn't believe what happened.

This fan "couldn't wrap her head" around the finale. We're with you on that one.

And fan's prayers were answered when Netflix made an important announcement in April.

Those desperately needing to find out what happened after that dramatic season one finale were delighted to hear that the streaming giant chose to renew The Umbrella Academy for a second season.

To say that fans were pretty happy is definitely an understatement...

But the most recent announcement confirms that work on the new season is well and truly underway.

It didn't take long for the reactions to start pouring in...

Fans were very pleased to hear the news.

All of the information, for now, is pretty vague, although it's confirmed that, like the first, the second season will consist of ten episodes, with all the main cast set to reprise their roles.

Most importantly, when will it return to screens?

Despite no official date being announced by Netflix, the production team has said it can take around eighteen months to produce a series, so fans could be waiting until late next year to find out what happens next.