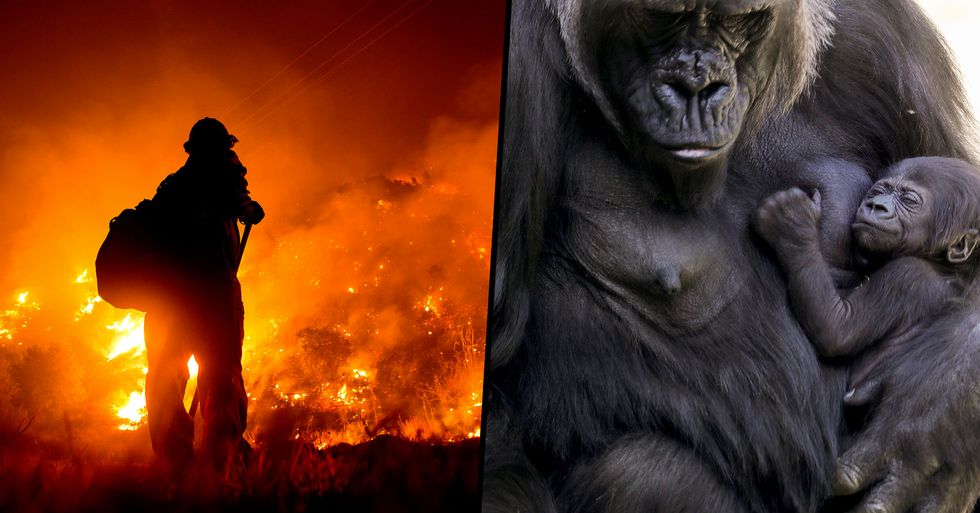 We have failed drastically in all our attempts to save the planet, and now the UN is concerned that we may have almost run out of time...

Planet Earth is warming up...

And there is no denying that things are now worse than ever before.

Climate change has been studied and observed for decades now...

And scientists at NASA have been using Earth-orbiting satellites and other technological advances that have allowed them to see the bigger picture.

Did you know that the planet's average surface temperature has risen about 1.62 degrees Fahrenheit (0.9 degrees Celsius) since the late 19th century?

And did you also know that the oceans have absorbed much of this increased heat, with the top 700 meters of ocean showing warming of more than 0.4 degrees Fahrenheit since 1969?

The sea level has been rising over the years...

And both the extent and thickness of the Arctic sea ice has declined rapidly over the last several decades - causing utter devastation to the environment and the species that live within it.

There is no denying that climate change is a real thing...

And unbelievably, there are people out there who deny that climate change even exists... including our very own President.

This is a huge slap in the face for those who have been working tirelessly to try and combat climate change...

Despite the efforts of those few trying to rectify the climate crisis, it appears that not enough has been done to protect our planet.

The United Nations said we have failed to reach any of the twenty targets set out to save the planet 10 years ago.

One hundred and ninety-six countries signed the agreement to take part in the Aichi Biodiversity Targets.

The 10-year plan was put in place to conserve the world’s biodiversity...

Countries were given a list of 5 essential strategies to approach the matter...

Sadly, after a decade of false promises, little has changed...

With just 6 out of the twenty targets being "partially met."

The goal was that all twenty targets would be met by this year...

The 6 targets that have been focused on, although not completely met, are; preventing invasive species, conserving protected areas, access to and sharing benefits from genetic resources, biodiversity strategies and action plans, sharing information and mobilizing resources.

After reviewing the targets, the UN published the Global Biodiversity Outlook report which was released on Tuesday, September 15.

While some of the targets were only partially met, others had been found to have gotten worse over the decade.

One particular concern stated in the report...

Is the "critical threat to freshwater diversity."

"During the United Nations Decade on Biodiversity 2011-2020, countries have worked to address many of the causes of biodiversity loss. However, those efforts have not been sufficient to meet most of the Aichi Biodiversity Targets established in 2010. Much greater ambition is needed."

They have decided to outline a new plan which seems too little too late, called "2050 Vision for Biodiversity..."

With the hope they can turn things around in the next 40 years.

"As we emerge from the immediate impacts of the pandemic, we have an unprecedented opportunity to incorporate the transitions outlined in this Outlook to put the world on track to achieve the 2050 Vision for Biodiversity. Part of this new agenda must be to tackle the twin global challenges of climate change and biodiversity loss in a more coordinated manner, with the understanding that climate change threatens to undermine all efforts to conserve and sustainably manage biodiversity and that nature itself offers some of the most effective solutions to avert the worst impacts of a warming planet."

"We know what needs to be done, what works, and how we can achieve good results. If we build on what has already been achieved and place biodiversity at the heart of all our policies and decisions – including in COVID-19 recovery packages – we can ensure a better future for our societies and the planet."

It seems as though more time and effort is needed to rectify these problems, but if we don't act now we might not get another chance.

The consequences of our failure to get to grips with the climate crisis are everywhere. Record heatwaves. Devastat… https://t.co/Z25b2rx5mC
— António Guterres (@António Guterres)1599993900.0

Keep scrolling for more on the climate emergency, and find out what Dwight from The Office has to say about it all...