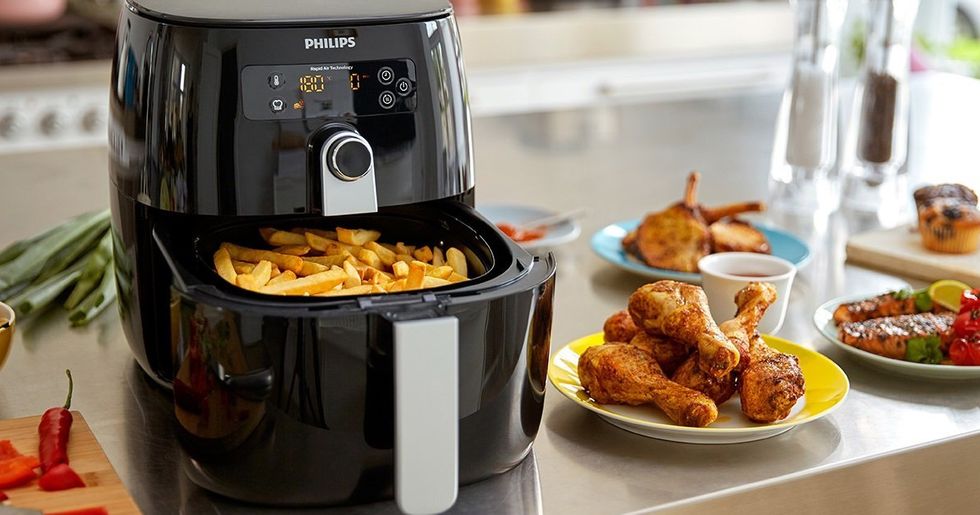 According to the Internet, These Are the Items You Need on Your Wishlist

Sometimes it's hard to know which gadgets are worth your money, and which aren't. But that doesn't mean you should miss out on the things that really do help! So Reddit went ahead and put together a thread full of worthwhile tech for people to invest in.

Yet even the little things can be life-changing, as these Reddit testimonials will prove. What sorts of incredibly useful tech are you missing out on? Keep reading and find out which gadgets are perfect for you. Maybe you'll even get some new ideas to put on that shopping list!

This redditor recommends a dashcam, stat!

A dashcam. Stupid person reversed into my car and tried blaming me that I rear-ended them... I didn't say anything until she filed a claim with her insurance and then I reported her for insurance fraud. -Once_Upon-A-Time

This one is for the bookworms:

My Kindle. I read a ton more than I used to and I don't have to worry about reading lamps and weird reading positions due to the backlight. I use it every day. -Ryan739

Give yourself some space.

Instantpot. I love that thing. It's an electric pressure cooker. Great for apartments with tiny kitchens and people who don't like waiting since it cooks most things much faster than stovetop. Can make a buncha things but it really shines in soups, stews, and braising, since those things usually take hours but can be accomplished in like 40 minutes. -Mak3mydae

I agree. I was dubious about it at first, but when it allowed me to make traditional Pho in 2 hours instead of 8-10 hours. That was a complete game changer for me. -Tivia

And here's another convenient way to charge your phone:

An Anker power bar. It is a 21,000mA/h portable charger. Will charge my phone overnight for a week straight before I need to charge it again, and because I travel internationally for work 90% of the time, it has been a life-saver on many occasions. -LookAtMeImAName

According to this funny anecdote, those power bars might just grow on trees!

I literally found one in my high school parking lot when it was raining 4 years ago and it still works like a charm... don’t know why it was on the ground and why I picked it up but holy crap am I glad I did. -starkingzz

Wanna get your computer running faster and give it more space?

SSD drive. I think I paid 80 bucks for mine and I don't think I could ever go back to an HDD PC. -MMMLG

You don't have to pay hundreds to go boating.

I used to kayak once or twice a year when I rented, now I go out multiple times a week if the weather is nice.

Make sure to get a tube of SeamGrip if you're going out on rivers. Not an issue on lakes. -eltoro

This is a pretty simple one.

Internet access changed my life, I would neither speak English nor would know 60% of the knowledge I have in my memory. Bless those two gentlemen who invented the internet! -KomradeAlexander

Don't be late for any important dates!

Instead of using sound (still an option), it uses light. Starting off really dim then gets brighter. It gives me more of a gradual wakening. -McG56

My Sonicare toothbrush. If I ever have to brush my teeth with a manual toothbrush now, I feel like a medieval peasant or something, so great is the difference in how clean my teeth feel afterward. -sirdigbykittencaesar

Here's another dental tool to consider:

A water flosser. You can pick one of those babies up for under a hundred bucks and it CHANGES YOUR PERSPECTIVE on how addictively clean your mouth can feel. Plus every time I go to the dentist I don't get a lecture on how to floss properly and an addition 120 dollar bill for that new filling I need.

Get a water flosser. I'm so tempted to get a portable one for work but I don't wanna be that weirdo water flossing in the company bathroom. -detonatingorange

My dad owned one in the early 2000's and we each had our own colored detachable head for it. Not only did it feel amazing, it made me excited to brush my teeth. They'd mix a little mouthwash into the water and it tasted so good and left my mouth feeling amazing. I 100% back your answer, and am now googling them so I can get myself one. -Vanilla_peach

Another way to make cooking less of a headache:

It's simple, but my girlfriend bought me a meat thermometer and it's amazing. I never over or undercook anything anymore. It was like, 8 bucks. -Common_Appearance

There's an especially useful variety of thermometer, too.

Wait until you get one with the probe on the end of a long wire so the thermometer can sit on the counter and send you a notification when the turkey is almost ready. -Majik_Sheff

Many of us use coffee to stay energized during a work day.

I bought one of those coffee makers with a thermos. Once the brewing is done, I just bring the thermos to my desk and keep refilling. It stays hot all morning without getting burnt on the heater.

A Brother laser printer. That thing prints with no troubles at all. I battled my old Kodak printer for 10 years. This new printer makes me so happy. -allwedontsay

Some beverage containers work better than others.

And in case you're wondering why that is:

It’s vacuum insulated so whatever you put in it will stay hot or cold all day long. Even all night. I’ve left ice in them overnight and it won’t melt much. I have one of the Ozark trail ones from Walmart. It was like $10 I think. -SpiteAspect

A portable mini fan. Bought one in summer two years ago because I spent 5 hours a day commuting via train and bus and you easily get way too hot in those so I thought I'd try.

One of my best buys ever.

I don't have to commute that long now but I use the fan at work right in front of me. Summer or winter (winter because the heating is brutal and you can't open a window for fresh air), I don't care.

That thing is a life changer for me. -xchocodollx

Don't get stranded when your car won't start!

About the size of a Nintendo Switch yet started my old car that was outside all winter on the first try.

I couldn't believe it. -chickenmantesta

Organization can be a big relief.

Kitchen turntables for storage. I have three in the pantry and two in the refrigerator, and it's amazing not to have to dig around and over things to reach certain items. Just give it a spin and bam, there's the soy sauce. -sweetcherrytea

A headlamp, during my time as a home call phlebotomist, many of the patients that I had encountered had very bad lighting. The headlamp I bought was nearly 5000 lumens, and the bulb of it was adjustable so it let me have a bright picture of where I was drawing blood from, it also prevented the light from getting into the patient's eyes. It was a neat gadget that cost less than $20 and allowed me to get my work done quicker. -donmartell12

A number of redditors recommended the Roku player.

Every TV in my house is a Roku TV, or has the $45 Roku player plugged in. Makes using streaming services so simple and easy. I have one TV that is a Samsung smart TV, but I even use the Roku player with that one because it works so much better. -NeverDidLearn

No longer do I have to come out of my introvert shell, walk up to a complete stranger, and ask directions to the local morgue in a strange city. -DarthContinent

Air Fryer. Game changer. I use this thing for so much. It is so convenient. -akujiki87

The price can vary here, but it's still something to consider!

Kind of a cheat here because mine was more than $100 but you can definitely find them for less than $100... A fitness tracker.

Bought one a few years ago and, after seeing how sedentary my lifestyle was, decided to start getting active and get fit. I now hit the gym for a couple of hours, five days a week and absolutely love it. I'm in my mid-40's and am probably as strong as I've been since college. Look great, feel great, and I'm never going back to being a complete couch potato ever again. -PaperClipsAreEvil

Even better than a "clapper."

This sounds ridiculous but WiFi lightbulbs. My boyfriend is notorious for falling asleep in the upstairs living room with the lamp on. If I get up in the middle of the night and notice it, I can turn the light off using my phone without having to go upstairs. Saves me money on my utilities too. -Nettersaurus

And finally, this is easier than ironing!

Garment steamer. I'm terrible at ironing and would either wear wrinkled clothing or rewash clothes in the vain hope the dryer would get rid of the creases. -amico_pacifico See anything that might be a life-changer for you or someone you know? Share this story with your friends!