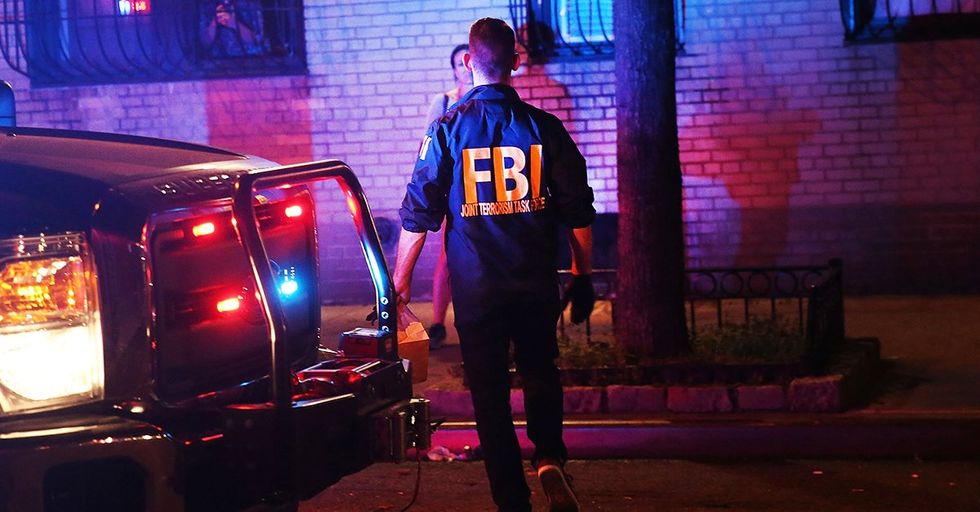 From Fox Mulder to Robert Mueller, the FBI has always been an intriguing organization, whether portrayed on your favorite TV dramas or lighting up the news alerts on your phone.

We sifted through fact and fiction to gather up 20 jaw-dropping tidbits about the Federal Bureau of Investigation, from the hilarious to the chilling.

Once someone lands a spot on the list, their name can only be removed if they’re captured, the charges against them are dropped, or if they are no longer considered to be a “particularly dangerous menace to society." Of the 518 people that have been on the Most Wanted list since it was started in 1950, 484 have been apprehended or located.

In the 1960s, the Bureau spent two years investigating a song.

The song in question was “Louie Louie," made popular by The Kingsmen, and the FBI was investigating whether the lyrics contained pornographic language. We’d file this one under “things that (probably) wouldn’t happen in 2018."

The FBI has a special unit for investigating art heists.

It doesn’t just happen in movies—the FBI started this team in 2004, and they’ve recovered more than 2,600 stolen items worth nearly $150 million since then.

They looked into extrasensory perception to determine if it could be used as an espionage tool. The idea was abandoned when no scientific support for its potential was found.

The FBI Laboratory started out as a one-man operation.

In 1932, the lab boasted one special agent, a borrowed microscope and a few other tools. Now it’s one of the largest crime labs in the world, with 500 employees on staff. Next, why was Sacha Baron Cohen on the FBI’s radar?

Sacha Baron Cohen almost got himself into hot water with the FBI.

While he was filming Borat, his method acting put some people on high alert. His character drove around in an ice cream truck pranking strangers, and the FBI gathered a file of complaints as a result.

J. Edgar Hoover had a tumultuous and controversial career as FBI Director.

One example: He had a well-documented disdain of Martin Luther King, Jr. In 1964, an anonymous and threatening letter was sent to King that "clearly implied that suicide would be a suitable course of action for Dr. King."

The Bureau never solved the mystery of a missing plane.

In 2003, a pair of men working on the mechanics of a 727 plane in Angola took off without warning. Despite being investigated by the FBI and the CIA, neither the men nor the plane have been recovered.

Their investigation into “The Church of the Hammer" started in 2005, and continued until they realized it was a parody all along, thanks to a helpful disclaimer on the “cult’s" website.

Break out the tape.

Former FBI Director James Comey says that he covers the webcam of his personal computer with tape—and he thinks you should too. You never know who could be watching! On the next page, a story that’ll make you update your passwords.

They busted a hacker with a surprisingly weak password.

Jeremy Hammond was a most-wanted cybercriminal, and he suspects the Feds were able to get into his laptop because of his weak password: his cat’s name and the numbers 123.

Dillinger and his cronies robbed a dozen banks of around $500,000, but the FBI spent around $2 million trying to find him.

Ever wonder who wins McDonald’s Monopoly?

For six years in a row, Jerome Jacobson, the head of security for the company that ran the promotion, gamed the system. He stole over $20 million worth of game pieces and sold them to friends of friends. Eventually he was reported to the FBI and served three years in federal prison.

Walt Disney was a secret informer for the FBI.

From 1940 to 1966, Disney informed the Bureau about people he suspected were Communists. In return, he was allowed to film in the FBI headquarters. Hollywood is a strange place, friends.

If you want, you can read Steve Jobs’ FBI file.

Thanks to the Freedom of Information Act, you can make a request to view files in the FBI’s Vault. There are files on Marilyn Monroe, Dick Clark, Whitney Houston and many more celebrities. Keep reading to learn what the FBI probably has on file about you.

Your fingerprints may be on file, even if you’ve never been arrested.

If you’ve had your fingerprints taken for a background check (for example, to get a driver’s licence or job), they’re likely in the FBI’s Integrated Automated Fingerprint Identification System, which contains more than 100 million fingerprints.

Ever wondered what it takes to become a Special Agent?

You’ll need to be between 23 and 37 and successfully complete physical tests (like timed sprints and pushups), and you’ll be disqualified if you’ve smoked pot within the last three years. If you’ve got training in fields like accounting, finance, or law, that gives you a leg up.

Before then, they were still using paper files to track cases. Computer coding snafus caused this transition to be two and a half years late.

They keep more than 5,000 samples of human and animal hair on file.

Talk about hoarding—hair is one of the most common types of criminal evidence, and the hair they have on file helps for future comparisons to determine its ethnicity and the body part it came from.

Frank Sinatra was monitored by the FBI for almost 50 years.

He was known for his ties to the mob and his friendship with John F. Kennedy, and the FBI gathered 2,403 pages on him over his career. The details were later made public under the Freedom of Information Act. If your mind is blown, be sure to share this article on Facebook!