2. You can blame embarrassing moments on them | 22 Words 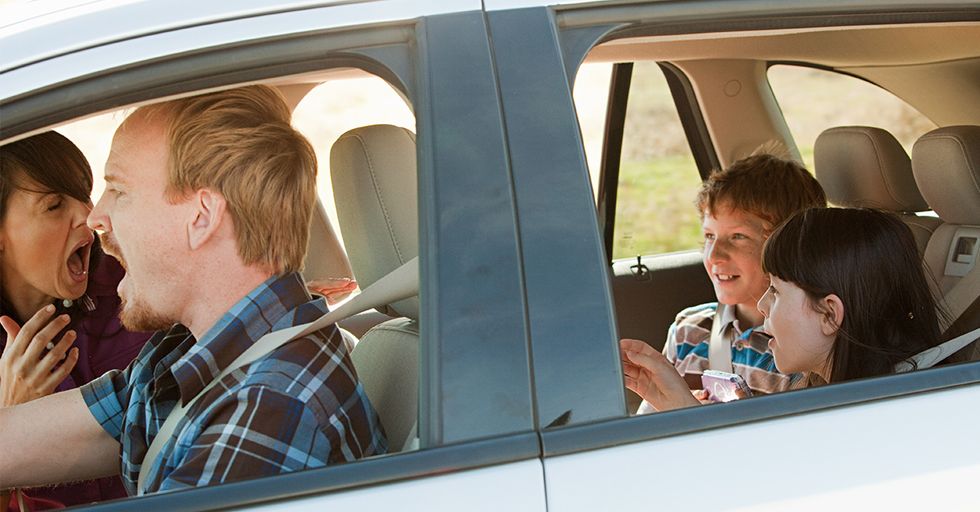 10 Unfortunate Facts About Parenting That Nobody Wants to Admit

Yes, having children is wonderful, and yes, they bring all sorts of joy to your life, but it's also a struggle raising an entire other human being. From cooking to laundry, to school pickups and spit-up, several parts of parenting are not only frustrating and gross but also downright demoralizing – not that anyone ever wants to admit it.

Here are 10 unfortunate facts about parenting that nobody wants to admit.

Let's face it, kids are little assholes sometimes! It's not that they mean to be, but the truth of the matter is... there are just some days when you just can't stand them. In other words, you can love them but not like being around them.
For instance, when little Susan (or, if you're a new parent, little Atticus or Appletini) pitches a fit for the umpteenth time. Just remember that you love her...

2. You can blame embarrassing moments on them

Have you ever farted a "silent but deadly" and had everyone's eyes zero in on you? It's not the best feeling at all, right?
Turns out when you're with your baby, you don't have to feel it. You can simply blame your gut-buster on Little Timmy and carry on as usual, secure in the knowledge that no one will ever suspect you.

Kids are monsters. No, seriously, every person who's ever been around them knows that they're awful little bundles all juiced up on candy bars and wayyy too many slices of pineapple pepperoni pizza (yes, that's actually a thing).
But, what can you do? They're the fruit of your loins, and you have to love and support them even when you have to keep crucifixes handy for that exorcism you're pretty sure you need.

"Let it go, Let it go, can't–" Probably every parent with children of a certain age can finish that lyric, or the whole song, if need be.
Ditto all the songs from Moana and several key phrases from Callou, Thomas the Train, not to mention Doc McStuffins. Seriously, if we hear "You're Welcome" just one more time, someone's gonna get it.

Goodbye to all those nights spent dancing at your favorite bar, and sayonara to even so much as taking a poop alone.
Life as you know it is gone, and it's not coming back until your kid is old enough to drive, and maybe even a little after that. Wine, anyone?

Ever heard the phrase "fake it till you make it?" Well, that applies to parenting as well.
Most parents may seem calm and collected on the outside, but on the inside, they're hopeless messes who are just trying to make it day by day without sending their kids directly into a therapist's chair.

7. Sometimes you have violent impulses

It's four am. The baby has been crying nonstop for the past four hours. You have a huge presentation in the morning.
It's not that you really want to murder your child, it's just that you're so distressed and out of your mind that some less-than-wholesome visions dance through your head. What parent hasn't been there at least a time or two?

It's every parent's worst fear. We all have baggage from our own childhoods, but what if we pass on said baggage to our kids?
The only thing we can do is to try our best to ensure that our children don't become raging narcissists, or worse...

9. You get used to the most disgusting things

Pee in your face? Not a problem. An obscenely smelly poopy diaper? No wahala.
Being a parent means you get used to the most disgusting, horrific and awful bodily fluids, odors, and any and all things that once used to have you gagging in disgust.

Here's a familiar situation for you – the baby has a stuffed nose, and none of those useless squeezy nose cleaners will do. What do you do? You lean over and SLURP.
That's right, you suck up your baby's snot. Why? Because you're a parent, and parents sometimes do disgusting things to keep their babies healthy and happy. But you'll never tell a soul. Never.