Unless Your Name Is Carol or Linda, These Tweets Will Definitely Make You Laugh | 22 Words 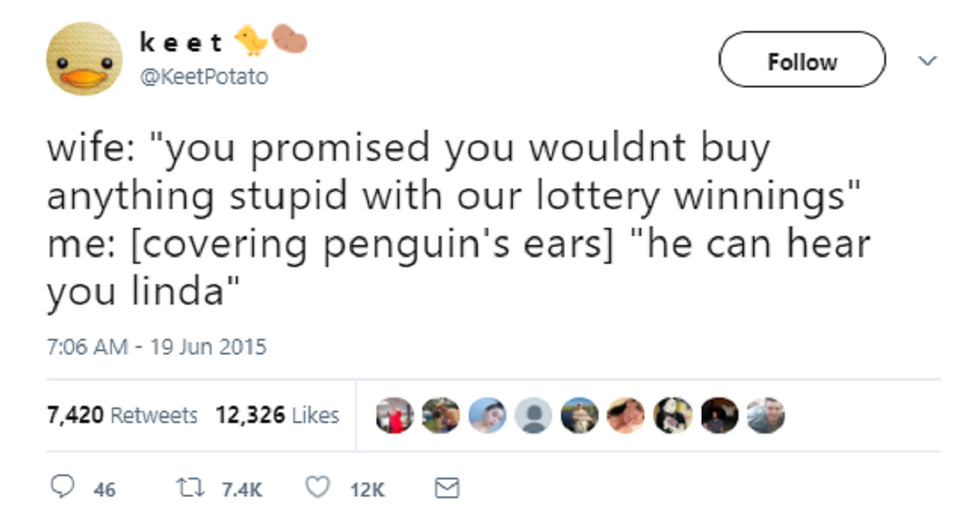 Unless Your Name Is Carol or Linda, These Tweets Will Definitely Make You Laugh

Twitter is so weird. I don't know why I'm ever surprised by anything people do on there, but somehow I am. And yet, I still keep coming back for more.

There's no real explanation for the weirdness of the following tweets — or the blind hatred of Carol and Linda — you'll just have to see for yourself.

Twitter has launched a war against the Carols of the world.

We're not exactly sure who Carol is, but she sure has made a whole lot of people angry.

Okay, so Carol isn't exactly a person. Carol is more of an idea.

Carol is that snarky secretary at your work who just won't mind her own damn business.

Sometimes people are angry at things that aren't even Carol's fault, but she still gets the blame.

But wait...how did Buzz Lightyear know to freeze if he thought he wasn't a toy?

People are a bit unfair to poor ol' Carol.

But this is like some kind of weird millenial revenge on baby boomers, and it is hilarious.

If your name is Carol, I feel bad that Twitter has suddenly turned on you.

But it turns out that Carol is not alone.

She has another middle-aged-suburban-mother friend named Linda.

Don't you know that dogs can't have chocolate, Linda?

Linda and her husband seem to have some disagreements.

Don't fight in front of the penguin!

Linda and her husband, Keith, are the pinnacle of Twitter.

When Carol and Linda were off on vacation in Cancun, their friend Karen stepped in to fill the middle-aged-mother role.

And it just descended into madness (as if we weren't there already).

Karen is the most relatable of all the suburban adults.

Karen and Keith would make a good couple, but damn Linda has tied Keith down.

The stupider these tweets get, the funnier they get.

Poor Karen just wanted some rum. And why wouldn't she? Her date seems like a jerk.

Millennials won't rest until every baby boomer has been served.

But he does have a point there, Janet. You certainly can speak to my manager, but he's just going to tell you the exact same thing I just did.

Like seriously, Debra — what is the point of all that stupid fine china if no one ever uses it?

...The smartest idiot I've ever heard of.

Carol is starting to get the hang of it though.

Since apparently she's joined the A$AP Crew and is entering into rap battles. It's nice to see the generation gap closing like that!