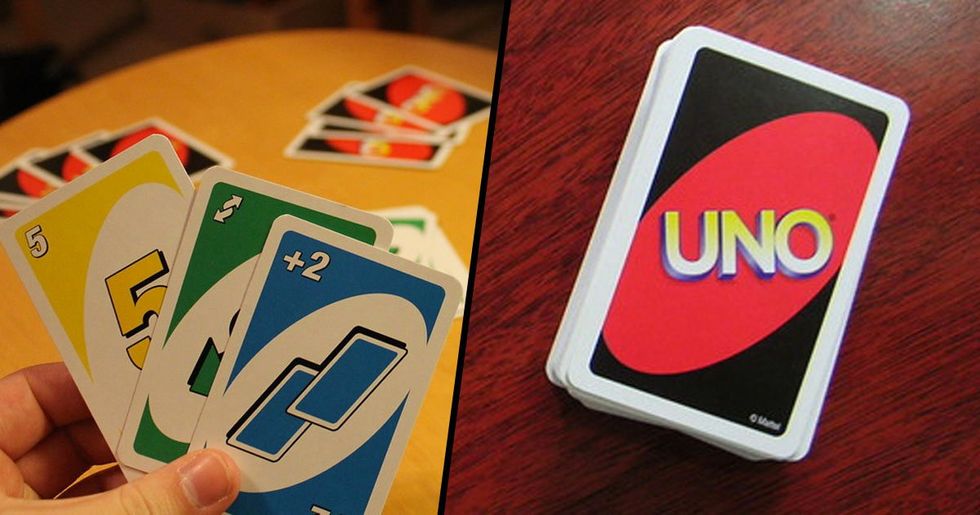 Uno, the easiest card game and the most serious test of friendship, has been around for quite some time now.

It's one of the most popular card games across the globe but its roots lie in Ohio, US. Invented by a barbershop owner, the game has seen a lot of developments over the years. From Barbie to Mario themed cards, Uno has been teaching children to read and count for decades.

But even though its rules are simple, there is one that players have been misusing for their advantage - the dreaded +2 and +4 rule.

A few days ago, Uno confirmed over Twitter that stacking these cards to avoid drawing more cards has actually never been allowed. Considering that it's everyone's favorite strategy and the most fun part of the game, people were extremely upset with Uno's announcement.

Keep reading to find out more and to see the people's hilarious attempt at arguing with Uno about how to play Uno.

Uno's been with us for a long time, but only quite recently did it receive the hype it deserves.

It's a card game in which players match colors and numbers with a goal to finish the game with no cards left in their hands. When someone has only one card left, they let the others know by saying "Uno!" (Spanish for "One!")

The game has been around for over forty years as it first came out in 1971.

According to Uno Rules, since then, it has sold over 150 million copies across more than eighty countries.

It's a great way to teach children to read and count.

Merle Robbins, a barbershop owner from Ohio, was the man behind the invention.

He came up with the idea after having an argument with his son about the rules of another game called Crazy Eights.

So he decided he could make a better game or at least one that he would actually enjoy.

He introduced Uno to his family and they all loved it.

They printed the game in their own dining room with $8000 that they had gathered.

At first, Robbins only sold the game at his barbershop.

But ten years later, in 1981, he sold the right to the game to a funeral parlor for fifty thousand dollars.

Their agreement also included ten cents off every game sold.

When International Games Inc was created, it was much easier to market the game and so the sales began to increase rapidly.

Since then, Uno has been developed into several themed packs of cards and even more spin-off games.

The move made the game more attractive to an even larger audience of different ages and cultures.

The themed packs are great if you want a game with different characters and even different rules.

Meanwhile, the spin-offs are completely different methods to play the same game.

With all of this available, however, a lot of people still choose the original version of Uno because you can make up your own rules every time you play with your family and friends. Funny enough, this last part is at the core of the latest Uno Twitter debate.

The rules of Uno are very simple and straightforward, there's no denying that.

But somehow we have all been playing it wrong this whole time. And knowing how competitive the game can get, people did not like what Uno has recently clarified about their most savage rule.

All they do is make the next player draw either 2 or 4 cards from the deck, pushing them further away from the goal of being the first person to get rid of all their cards.

Over the years, people have interpreted the rule the wrong way to avoid drawing the cards.

They've decided that if the person before you has just placed one of the two cards and you have either a +2 or +4 card you can add it on top of theirs, that way skipping your turn and not drawing any cards.

The most fun and cruel part of it is that this goes on until someone has no +2 or +4 cards left to add to the chain.

That's when the person has to draw the combined value of the chain which, Business Insider says, can be anything from 4 to thirty-two cards! Needless to say, this strategy has been destroying friendships for years.

However, that's about to change.

According to Hype Beast, Uno has just confirmed on Twitter that the official rules of the game don't allow such stacking of cards.

And they know we've been using the strategy.

The actual rule is that if the person before you puts down a +2 or +4 card, you must draw the cards and skip your turn. No stacking.

People did not take the news lightly.

Everyone knows that even though the strategy is cruel, it's also a highly effective one if you want to win the game.

It's safe to say, Uno's tweet shook the world.

But thanks to the fans' outrage, we now have some pretty hilarious tweets to read.

Who knew how much they love Uno? Here's what players across the world thought about the official rule.

The "My house, my rules" argument.

@realUNOgame Every game of Uno I've ever played has started with "How we playing?" not "What are Uno's official rul… https://t.co/HJaPVH4WKK
— Sakinah Hofler (@Sakinah Hofler)1557119785.0

Uno does have a house rule which means that players can decide on the rules at the beginning of each round.

@mimingyoongi: "Well, we make special rules to make it more fun and brutal. ?? It's a test of friendship. ?" If only Uno was available in Medieval times... Loyalty could have been proven in much more peaceful ways.

Others weren't sure what the official rule meant.

@Caprice_Damia: "Can you stack a draw 4 on top of another draw 4 though. And draw 2 on top of a draw 2?" UNO replied, crushing all of our hopes, "No, you cannot stack cards."

There were a few good souls out there who were shocked that someone was actually stacking cards.

@scalzi: "What sort of monster tries this nonsense?" @eveewing: "Y'all have really been STACKING draw cards in Uno?!?!"

After all, the competitive Uno fights are real.

@ehs06702 has had the exact experience because of this strategy: "Ok, from experience, let just say that this exact move has been grounds for a fight. ? Had my sister flinging those cards like she was Gambit."

Most people, however, weren't bothered by the fights and just outright refused to follow the official rule.

Abu Dhabi said, "Uno ima let you finish...but Stacking makes Uno the greatest game of ALL TIME!! We stacking over here!!! All day ?????"

@q_theflyguy told Uno, "You don’t know how to play the game right."

@DaPoeticDevine1 replied, "Man told Uno that they don't know how to play right ?" @Javcamo: "Well, they don't! Come talkin all this nonsense."

Black Uno, an official account for the black rather than white Uno cards, also confirmed that the rule is real.

They said, "This is a completely valid move and the only sure way to assert your dominance at the table."

Then the user added, "House rules apply when they come to my address ?? ...the next person will draw 6 as per usual ?"

At the end of the day, we've learned one thing from all of this.

It's better not to mess with Uno players. To echo @Jimbrowskee, just make the cards, Uno, and let us do the playing.