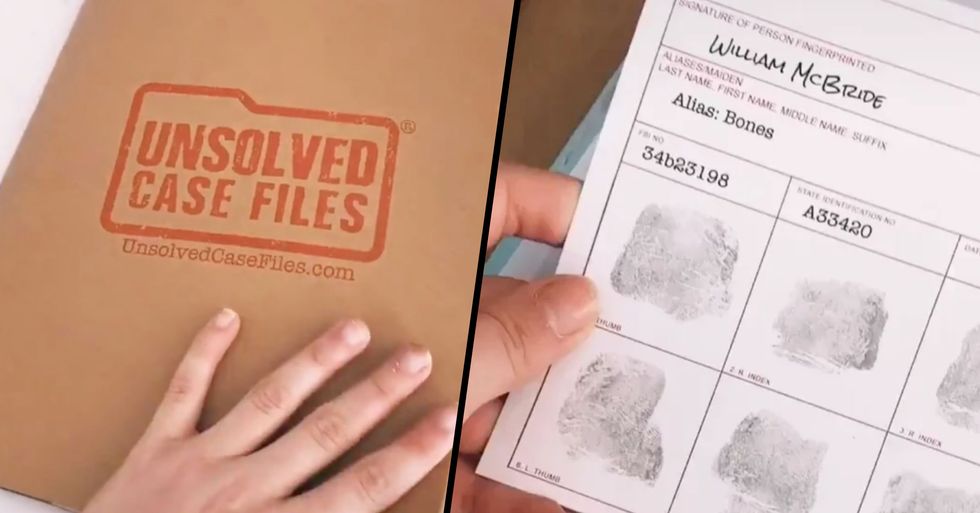 One thing that pulls us into that true-crime trance even more? Unsolved crimes.

But there's another thing that's sure to pull us straight into that true-crime hole...

Some of the most profound cases in the world remain unsolved.

Take The Black Dahlia, aka twenty-two-year-old Elizabeth Short, for instance - who's gruesome death in 1947 swept the nation- remaining as one of the most famous unsolved cases of our time.

Or the murder of JonBenet Ramsey...

The little girl's smiling face has been plastered across numerous newspapers and documentaries over the years. The beauty pageant winner was discovered beaten and strangled, with duct tape placed on her mouth and throat, in her own home on boxing day in 1996. Yet still, no one has even been convicted of her murder.

The disappearance of Madeleine McCann.

British 3-year-old Madeleine McCann disappeared from her bed in an apartment in Portugal while on vacation on 3 May 2007. The case has since been described as one of  "the most heavily reported missing-person case in modern history." Madeleine has now been missing for twelve years.

And who can forget The Zodiac Killer?

The serial killer, who murdered 5 people (that we know of) in Northern California in 1968 and 1969, taunted the police with clues, yet remained at large.

And one of the biggest reasons is likely the way it turns us into couch detectives.

Whenever you watch a doc or listen to a podcast on one of these cases you tend to always end up shouting at the screen or coming up with your own theories on what happened.

But, of course, there's a limit how on much we can get involved while watching on a screen.

Unsolved Case Files, an unsolved mysteries game, has been doing the rounds online. Keep scrolling to take a look.

YouTuber Griffin Arnlund shared a video where she laid out what she received in her file - which came sealed in an evidence bag, Unilad reports. Keep scrolling to watch the full video.

The cases are fictional but designed to be extremely realistic - coming complete with documents, photographs, newspaper clippings, suspect details, fingerprints, and autopsy reports.

"On May 8th, 1998, the small Indiana town of Riverdale was shocked by the brutal murder of one of it’s [sic] most beloved citizens on the night before her own wedding. The victim, Harmony Ashcroft, was murdered in the parking lot behind a popular local restaurant." "Bones McBride, a local vagrant, was framed for the murder and has spent over 2 decades behind bars despite being 100% innocent!"

People are already claiming to be hooked on the game.

While others praised it for being "immersive and realistic."

Watch the full video below:

The game is available for purchase on Amazon and the Unsolved Case Files website. Interested in more true-crime news? Keep scrolling to find out why Netflix's new documentary is being hailed as it's "darkest" yet...
Buy Now