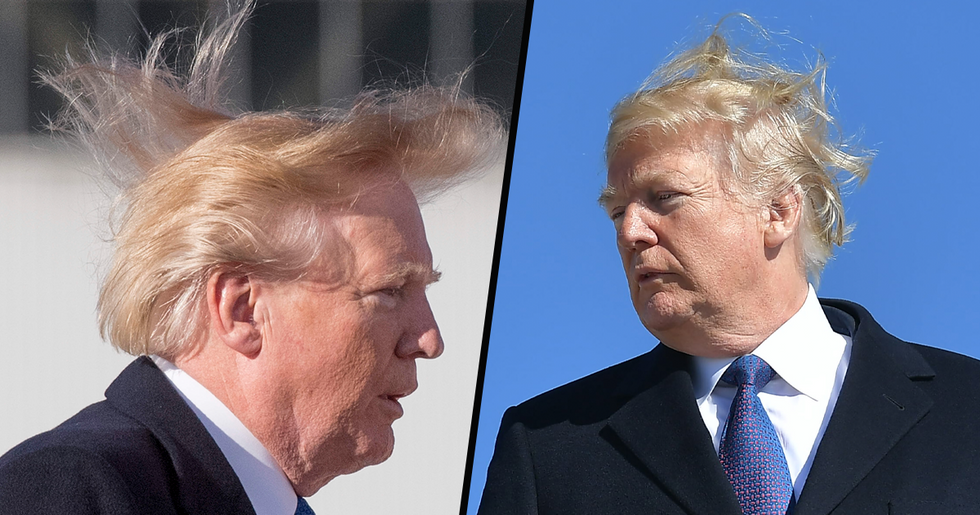 Donald Trump's hair has been the talk of the town ever since he was awarded the most powerful seat in the world back in 2017. But alongside everything else, his hair has always been a big topic for discussion - and now we know why.

As anyone with problematic hair knows ...

The secret is all in the washing.

If the water pressure ain't right?

You're not going to end up with a satisfactory hair result!

And one person who knows this well?

President Trump, of course! Like he hasn't got anything bigger to be worrying about...

And apparently, Trump has an excuse for his bizarre hair do.

He claims it's that damn water pressure to blame!

And, as the most powerful man on earth?

Trump has a solution for all those impacted by poor shower pressure...

And this might just be the strangest Presidential news of the past four years - which is saying something!

But recently, people are talking about something else instead.

No no, it's not the fact that he made his caddie hang off the back of his cart as he sped around a golf course - although that was pretty cruel and hilarious at the same time.

I mean, the President's hair has always been the speculation of the masses, with millions of people all asking the same thing... Is it real?

Well, I can now confirm to you that it is, in fact, real.

Because it's been looking even stranger than usual lately.

And now Trump has offered an explanation.

"So showerheads - you take a shower, the water doesn't come out," he said to the Department of Energy last month.

"You want to wash your hands, the water doesn't come out."

"You just stand there longer or you take a shower longer?"

"Because my hair - I don't know about you, but it has to be perfect. Perfect."

So what does Trump propose?

Changing the definition of a showerhead to allow for greater water flow, bypassing environmental laws, of course!

"If the president needs help finding a good shower, we can point him to some great consumer websites that help you identify a good shower head that provides a dense soak and a good shower," he joked. And it's not just Trump being trolled. Keep scrolling to see why the First Lady is being mocked for her fashion sense...