Trump has remained valiantly confident in America's resilience to the virus. | 22 Words 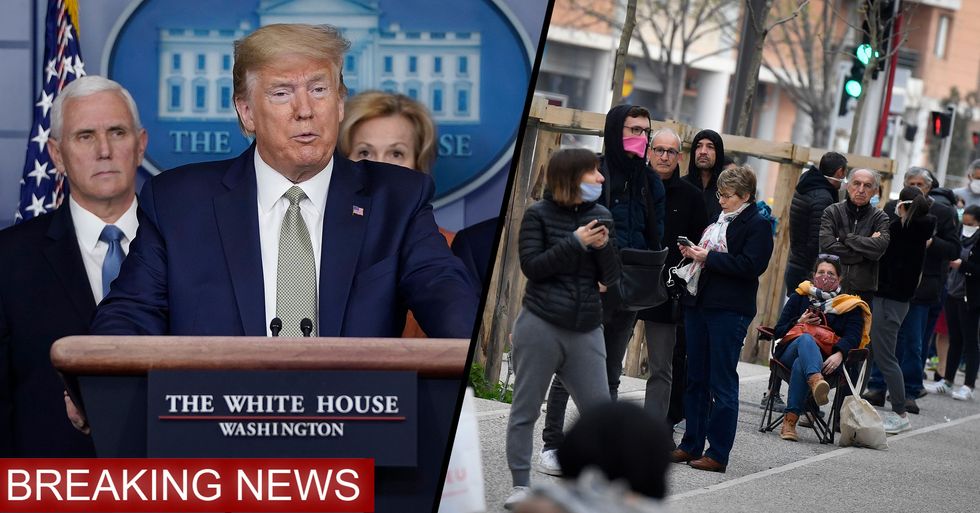 As the coronavirus continues to decimate on a global scale, we've all been forced to realize just how fragile life can be. No one expected the string of a disease we once knew to become such a deadly force. But the only thing we can do now is come together to help those most vulnerable in our society.

However, we're now looking towards our government to guide us during these uncertain times and thankfully we're moving forward in the right direction as the stimulus package has now been passed by the US House Of Representatives.

Keep scrolling for all the details on the situation.

Since the first confirmed case of the virus in Washington in February, the numbers have risen to 35,179 across the full country, and a further 459 have died.

In a press conference last Monday, Trump admitted: "We have a problem that a month ago nobody ever thought about."

And so far, it seems as if the government is doing what they can.

And it starts now as the stimulus package has just been passed by the US House Of Representatives, which means checks could go out in 3 weeks giving $1,000 per adult and $500 per child in order to provide a little extra bit of aid during this difficult time. This story is ongoing.