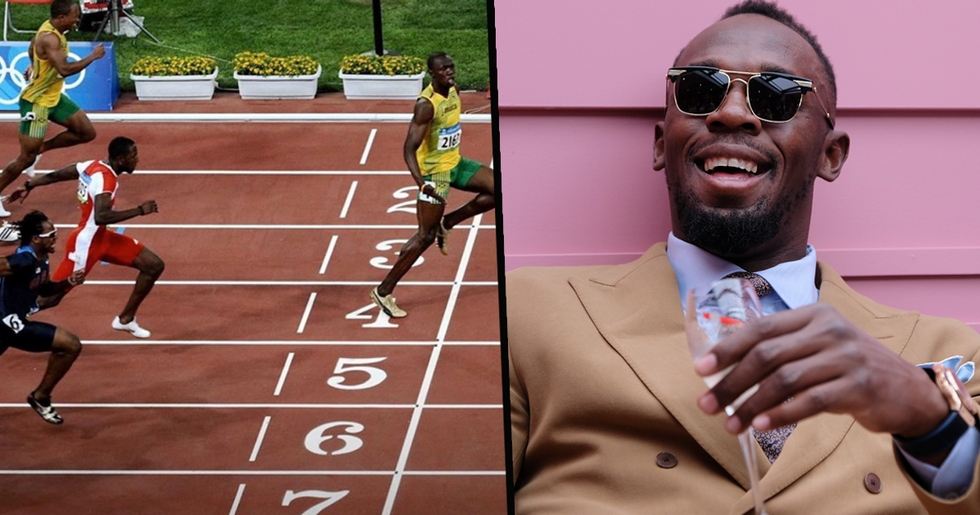 Usain Bolt has been cheering fans up during self-isolation by turning himself into a hilarious social-distancing meme on Instagram.

Keep scrolling to check out the meme for yourself and the reaction from fans...

The Jamaican sprinter is arguably the fastest man in the world.

The star is an eleven-time world champion and Olympic legend....

He holds the world records in races for one-hundred meters, at 9.58 seconds, and two-hundred-meters, at 19.19 seconds. Although, Britney Spears recently claimed that she has beaten Usain Bolt's one-hundred-metre world record by 4 seconds and has "evidence" to prove it... read all about that at the end.

This week, the star decided to turn himself into a meme.

Why? Well, because of social distancing, of course!

And the result is hilarious...

Keep scrolling to take a look at the meme for yourself.

It's been a turbulent couple of months.

Since the start of the new year, the virus has been sweeping the planet at an alarming rate, and it is showing no sign of slowing down anytime soon.

Self-isolation is the new reality.

As the pandemic rages on, most of the world is practicing the art of social distancing and self-isolation.

Given that everyone is feeling a little down in the dumps right now...

Usain Bolt has taken it upon himself to cheer us up in the best way possible.

The star has made himself into a social distancing meme.

He posted the snap on his Instagram over the weekend. Keep scrolling to take a look...

There's been a pretty big response.

Many pointed out the same fact.

The meme definitely is a flex.

But its funny, nevertheless...

As the influx of laughing emojis proved.

"You’ve been social distancing all your life."

He captioned the post: "Social Distancing #HappyEaster." Britney Spears recently claimed that she has beaten Bolt's one-hundred-meter world record and has "evidence" to prove it. Keep scrolling for the story...