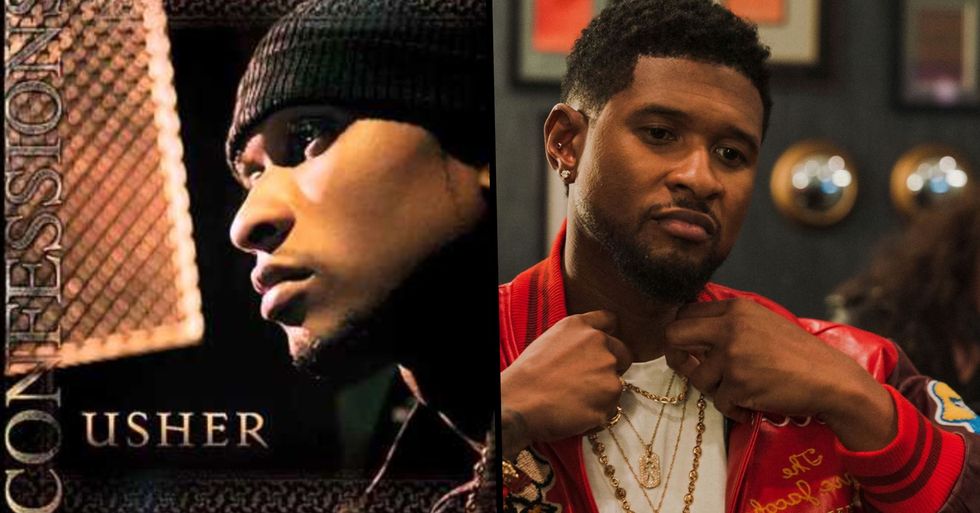 When Confessions dropped in 2004, it changed the R&B scene forever. Since then, things have been relatively quiet from Usher - until now.

Born in Texas, and raised in Tennessee and Georgia, he's one of the best selling artists of the 2000s.

And Usher followed it up with 1997's My Way, which spawned his first Billboard top 100 singles.

His third album, 8701 truly established him as a legend.

But there was one record that's the true Usher classic.

Confessions was one of the best selling albums of the decade, shifting over twenty million copies worldwide.

The first 4 singles from the album went straight to number one.

Honestly, who doesn't remember grooving along to "Yeah!", "Burn", "Confessions Part II" and "My Boo?"

Confessions is a total R&B classic.

It was both critically acclaimed and popular with the public.

But since then, Usher has never matched the album's success.

He's continued to work in the industry and create R&B tunes, but nothing has topped Confessions.

Since Confessions dropped, fans have been eagerly awaiting a follow-up album of similarly banging tunes.

We're so excited for this news.

Over the years, there have been romors about Confessions 2.

And the latest news seems to confirm what we've all been hoping for.

He teased the drop last March.

Taking to Instagram to as his fans, "Dis what yall want?"

And now we've had a sneak peek.

Usher performing Confessions Part 3. “Its not my confession that made part 3, she had something to tell me~@Usher… https://t.co/8GAiunc1A8
— kingcakestopher (@kingcakestopher)1582669245.0

Usher's still got it!

This Confessions is a bit different.

I see y’all trippin... CONFESSIONS PART 3 is from a females perspective The song is about a girl cheatin’ on him… https://t.co/SMfVYi7nSC
— Jermaine Dupri (@Jermaine Dupri)1582745552.0

Because this one comes from the female's perspective on the relationship.

And when can we expect the album?

He told Ellen it was set to drop, "very soon."

Many are very excited about the news.

If it's even half as good as the first album, we're in for a treat!

How can he have enough confessions to fill a whole 'nother album?

Although others are more skeptical.

Could there be another reason for the new album?

Might be a little bit weird and creepy in 2020.

And we're not ashamed! Fancy more musical news? Scroll on for the new Christina Aguilera song for the live-action Mulan remake ...