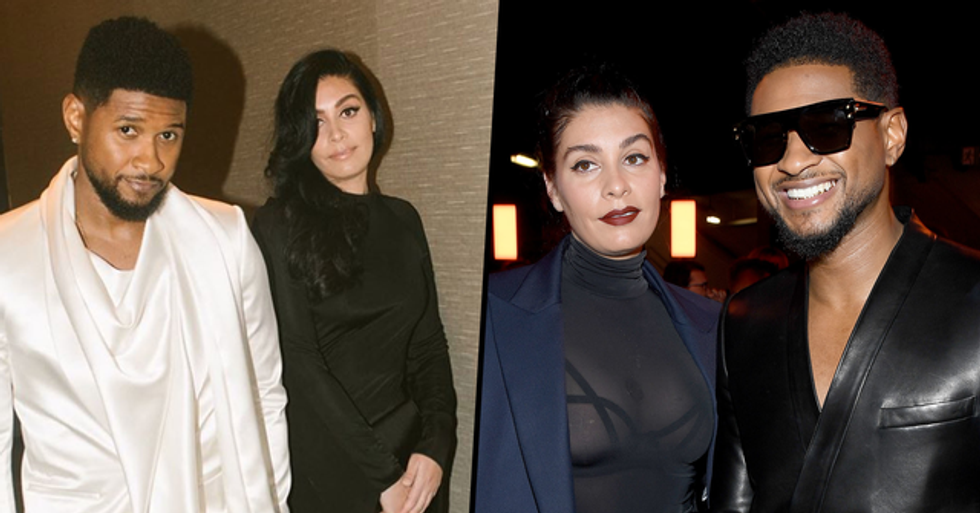 The musician is going to be a father once more!

It has been confirmed this week that the musician is expecting his third child.

Now, Usher's love life has been colorful, to say the least...

So, of course, fans have been delighted to hear the news from his latest relationship.

The musician has even spoken about the news...

And it's clear to see that he is also very excited.

As a youngster in Chattanooga Tennessee, Usher initially sang in church choirs before he sought entry into mainstream music through talent shows.

Along with his mother, he moved to Atlanta at the age of twelve.

Usher has always credited his mom for his success, with him writing on her birthday: "She made USHER (literally). Love Big Time."

And, thanks to the talent contests and his mom's undying support, he managed to secure a recording contract with LaFace Records.

His debut album, Usher, was released in 1994, moving the fifteen-year-old singer well and truly beyond his choirboy background.

The album was not a commercial success...

But, a couple of years later in 1997, everything was to change for the aspiring musician.

Usher made a come back with the second album, My Way...

Thus cementing him as an official R&B legend.

Usher was well and truly on the map...

And singles such as “You Make Me Wanna" and “Nice & Slow" became major R&B hits.

Throughout his colorful career, he has released an array of successful R&B tracks...

The star has dabbled in and out of the world of acting, too.

He made appearances in various television shows, including the 2002 period drama, American Dreams, in the role of Marvin Gaye. In 2005, he also starred as a disc jockey who protects a mobster’s daughter in the film In the Mix, though the reviews were a little less than favorable.

He even had a temporary stint on the hit singing show, The Voice...

Where he sat in as a coach on the 4th and the 6th seasons.

But, putting his career to one side...

Usher has also had a somewhat eventful love life, too.

The R&B star has been spotted getting cozy with many women over the years...

However, in 2007, Usher settled down and tied the knot with his former stylist, Tameka Foster...

They went on to have 2 sons together, Usher Raymond and Naviyd Ely - but their romance was short-lived, with the pair divorcing in 2009.

It didn't take him long to move on, however.

Shortly after his divorce, Usher started dating his manager, Grace Miguel. The pair tied the knot in 2015 but, after only 3 years of marriage, they filed for divorce.

It was a civilized split.

At the time, they had told US Weekly: "After much thought and consideration, we have mutually decided to separate as a couple. We remain deeply connected, loving friends who will continue supporting each other through the next phases of our lives. The enormous amount of love and respect that we have for each other will only increase as we move forward."

And, as expected, it didn't take Usher long to get himself back out on the market.

The pair have remained relatively under the radar...

But, this week, it has been confirmed that Jenn is pregnant with their first child together.

US Weekly broke the news.

The outlet spotted the couple outside an LA production studio on August 31st, with Goicoechea’s baby bump proudly on display. It is currently unclear as to how far along in her pregnancy she is.

A source close to the couple told the outlet that "they are thrilled and very excited" with the news...

Though they are yet to formally reveal their news to the world.