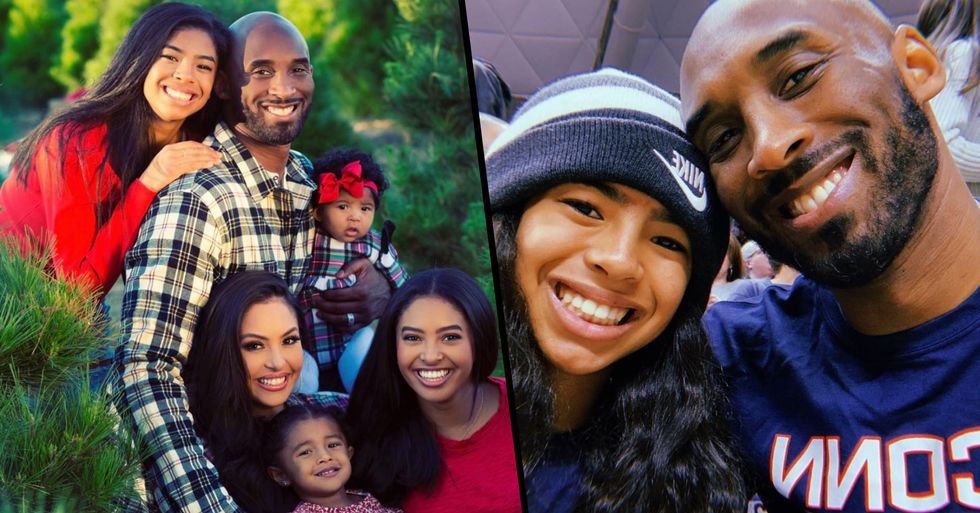 The world has been left devastated by the news that legendary NBA player, Kobe Bryant has died in a helicopter crash on Sunday morning, which claimed the lives of all nine on board. He was just forty-one-years-old.

Celebrities have reached out to leave touching tributes for the star as the news hit everyone hard. Now, his wife, Vanessa Bryant, has broken her silence.

Keep scrolling to see what she said. Her post is heartbreaking...

It saddens us to bring you such heartbreaking news.

It has been confirmed that Kobe Bryant has tragically died in a helicopter crash on Sunday morning. The NBA star's private helicopter crashed in Calabasas at around 9:45 am local time, TMZ sports confirms.

She started the lengthy post by thanking everyone for their support.

"My girls and I want to thank the millions of people who’ve shown support and love during this horrific time. Thank you for all the prayers. We definitely need them. We are completely devastated by the sudden loss of my adoring husband, Kobe — the amazing father of our children; and my beautiful, sweet Gianna — a loving, thoughtful, and wonderful daughter, and amazing sister to Natalia, Bianka, and Capri." "We are also devastated for the families who lost their loved ones on Sunday, and we share in their grief intimately."

"There aren’t enough words to describe our pain right now."

"I take comfort in knowing that Kobe and Gigi both knew that they were so deeply loved. We were so incredibly blessed to have them in our lives. I wish they were here with us forever. They were our beautiful blessings taken from us too soon."

"I’m not sure what our lives hold beyond today, and it’s impossible to imagine life without them. But we wake up each day, trying to keep pushing because Kobe, and our baby girl, Gigi, are shining on us to light the way. Our love for them is endless — and that’s to say, immeasurable. I just wish I could hug them, kiss them and bless them. Have them here with us, forever."

She concluded her post by revealing the family has set up a foundation to help the other families "affected by this tragedy."

"Thank you for sharing your joy, your grief and your support with us. We ask that you grant us the respect and privacy we will need to navigate this new reality. "To honor our Team Mamba family, the Mamba Sports Foundation has set up the MambaOnThree Fund to help support the other families affected by this tragedy. To donate, please go to MambaOnThree.org. To further Kobe and Gianna’s legacy in youth sports, please visit MambaSportsFoundation.org."