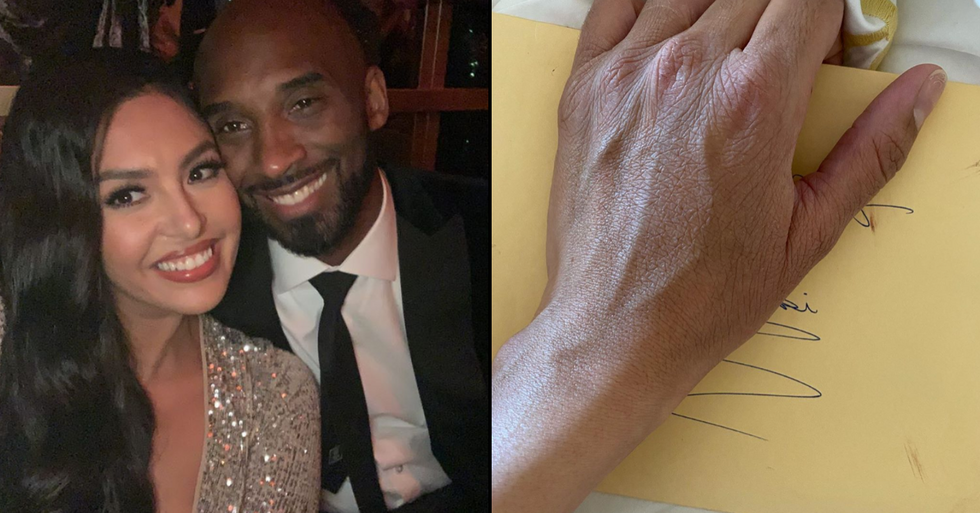 The internet's heart was broken when it was revealed that legendary NBA player, Kobe Bryant, and his thirteen-year-old daughter, had died in a helicopter crash earlier this year.

Today, Kobe's wife, Vanessa, who is celebrating her birthday, got the best gift when she discovered an unopened love letter from the late star. Keep scrolling for the heartwrenching post...

Their eldest was Natalia, who's seventeen, followed by Gianna, followed by Bianka, aged 3, and Capri, aged just 7 months.

Gianna, aged thirteen, tragically died in the crash with her dad, on their way to the Mamba Academy for basketball practice, nearby Thousand Oaks.

3 months on from the tragic deaths...

And Vanessa Bryant has marked her first birthday without her daughter and husband.

But she got the best gift when she discovered an unopened love letter Kobe had written for her.

The star revealed she had made the discovery yesterday and waited to open it on her birthday.

"Yesterday I found an envelope labeled To: The Love of my Life. From, Tu Papi." she wrote on Instagram.

"I waited to open one more letter on my birthday. It gave me something to look forward to today."

She continued: "The irony is that Kobe had a photo of me drawn with an Angel holding me up by an artist on the cover. Missing the Love of my Life and my sweet little Mamacita- my fellow Taurus. "Grateful to wake up to my 3 sweet girls today. Wish we were all together. #MyBirthdayWish," she concluded her caption.