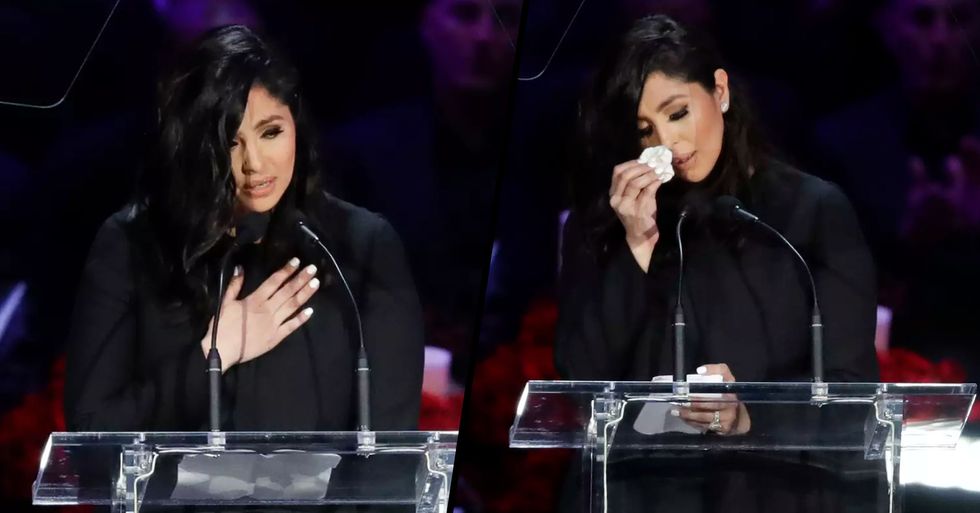 Tonight, thousands of people have flocked to the Staples Center to pay tribute to Kobe and Gigi, as well as the other victims of the tragic accident and Vanessa, Kobe's widow, delivered an incredibly touching speech. Scroll on for the emotional clip.

The service has been held tonight at the Staples Center in Los Angeles where the star played basketball for the Lakers throughout his entire 2-decade career.

And tonight's memorial has proved to be as emotional as expected...

Rest in peace, Kobe and Gigi.