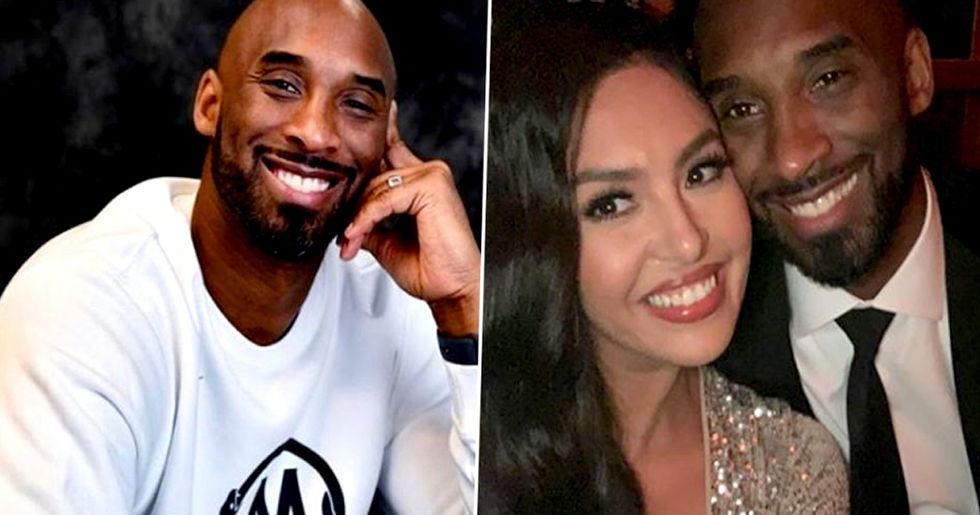 The internet's heart was broken when it was revealed that legendary NBA player, Kobe Bryant, and his thirteen-year-old daughter, had died in a helicopter crash earlier this year.

Today, Kobe's wife, Vanessa, has paid a heartbreaking tribute to Kobe on what would've been his 42nd birthday.

It's a truly devastating read.

Keep scrolling to see what she had to say.

Their eldest was Natalia, who's seventeen, followed by Gianna, followed by Bianka, aged 3, and Capri, aged just 7 months.

Gianna, aged thirteen, tragically died in the crash with her dad, on their way to the Mamba Academy for basketball practice, nearby Thousand Oaks.

Heartbreaking footage later emerged showing the aftermath of the tragedy.

3 months after the tragic deaths...

And Vanessa Bryant marked her first birthday without her daughter and husband.

The star turned thirty-eight back in May.

But she got the best gift when she discovered an unopened love letter Kobe had written for her.

The star revealed she had made the discovery yesterday and waited to open it on her birthday.

"Yesterday I found an envelope labeled To: The Love of my Life. From, Tu Papi." she wrote on Instagram.

"I waited to open one more letter on my birthday. It gave me something to look forward to today."

She continued: "The irony is that Kobe had a photo of me drawn with an Angel holding me up by an artist on the cover. Missing the Love of my Life and my sweet little Mamacita- my fellow Taurus. "Grateful to wake up to my 3 sweet girls today. Wish we were all together. #MyBirthdayWish," she concluded her caption.

But now Vanessa is celebrating Kobe's first birthday since his death.

Today would've been Kobe's 42nd birthday, and Vanessa has posted a long and emotional tribute to him to mark the special day. She wrote:

To my baby~ Happy birthday. I love you and miss you more than I can ever explain. I wish you and Gigi were here to celebrate YOU! I wish I could make you your fav food or a birthday cake with my Gigi. I miss your big hugs, your kisses, your smile, your loud ass deep laugh. I miss teasing you, making you laugh and bursting your bubble. I miss you sitting on my lap like my big baby that you are. I think about your tenderness and patience all the time. I think about everything you would do in situations to help me deal with everything thrown my way.

Thank you for growing up with me and teaching me how to be strong. How to try to see the best in people but cutout the bs. Your thoughtful gestures and the amazing way you made us all feel is extremely missed. I picture your smile and wide big welcoming hugs daily. God I miss you both so much. Our lives feel so empty without you and Gigi. I’ve been completely broken inside. As much as I want to cry, I put a smile on my face to make our daughters days shine a little brighter. I’m not the strong one, they are. They’re strong and resilient. I’m sure you’re proud of them. They put a smile on my face everyday.

"I wish I could wake up from this horrible nightmare."

I wish I could surprise our girls and welcome you and Gigi home to us. I’m mad I didn’t go first. I always wanted to go first so that I selfishly didn’t have to feel this heartache. You were supposed to miss me. Gigi was supposed to be here with her sisters. It should’ve been me. There's so much I wish I could tell you and show you and Gigi. So many things you would both be happy to see and be a part of. So many milestones for our girls. So many things you would be proud of. I’m so thankful I have pieces of heaven here on earth to wake up for- thanks to YOU.

"Thank you for loving me enough to last several lifetimes."

In every lifetime I would choose YOU. Thank you for showing me what real love is. Thank YOU for everything. I know my Gigi is celebrating you like she always has on our special days. I miss my thoughtful princess so much! Natalia, Gianna, Bianka, Capri and I wish you a happy birthday my love. I love you for now, forever and for always.