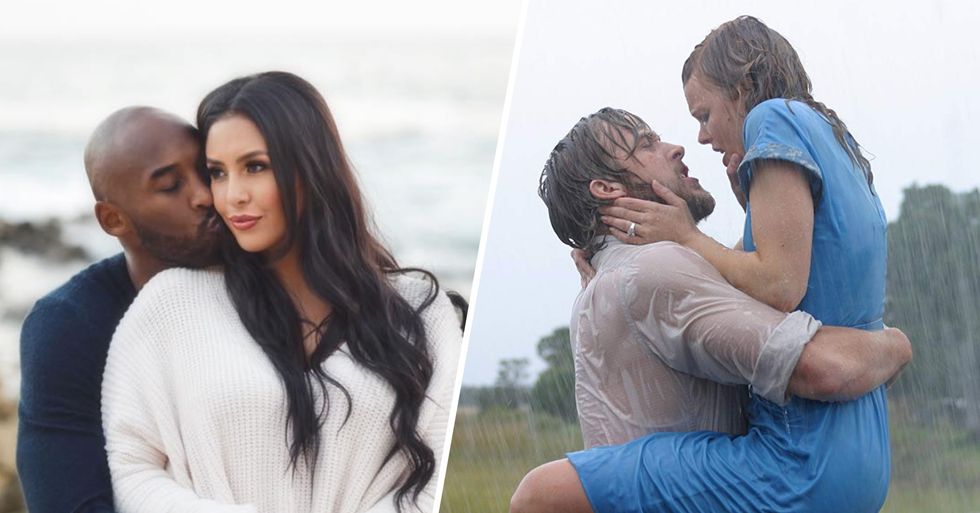 Tonight, thousands of people have flocked to the Staples Center to pay tribute to Kobe and Gigi, as well as the other victims of the tragic accident and Vanessa, Kobe's widow, delivered an incredibly touching speech where she revealed something truly touching about her late husband...

Vanessa, understandably, is still in mourning for her late husband and daughter.

And last night's memorial has proved to be as emotional as expected...

During her tribute, she recalled a special moment between herself and Kobe.

Vanessa revealed that Kobe gifted her the iconic blue dress from The Notebook..

The dress was worn by Rachel McAdams in the popular romantic flick.

That wasn't the only revelation.

Kobe also bought Vanessa the notebook used as a prop in the movie.

Vanessa said she and Kobe "had hoped to grow old together" like in the romantic drama.

We can't imagine the pain she must be going through.

Watch her speech below:

Rest in peace, Kobe and Gigi.