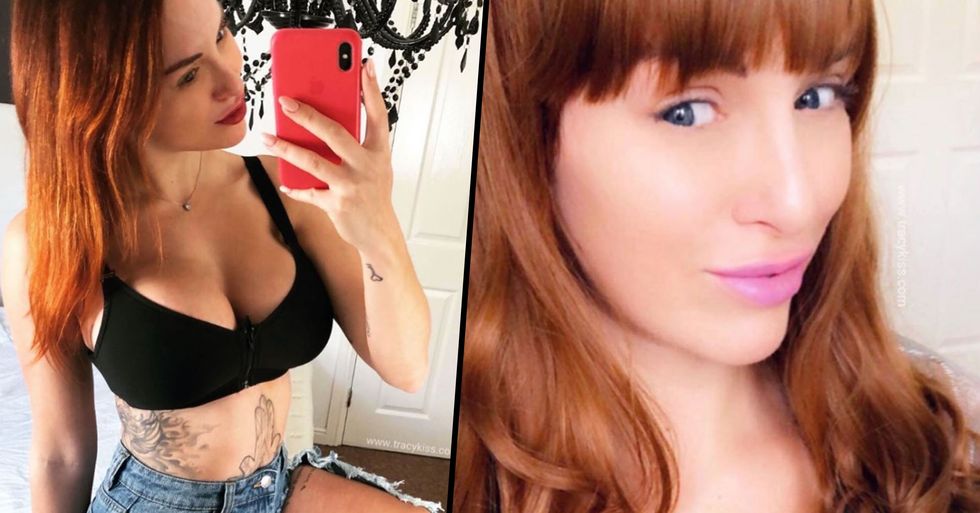 Another day, another bizarre vegan story.

Keep scrolling to read about the vegan mom who drinks her boyfriend's sperm in her daily smoothies to (she claims) battle viruses and disease...

Veganism is taking over the world.

It's the year 2020, and more people than ever before are ditching their steaks for a plant-based diet.

But what exactly does plant-based mean?

It's a phrase that's thrown around an awful lot these days but, to put it simply, the term plant-based is used to describe a diet that cuts out all (or most, in some cases) animal-based products, such as meat, fish, milk, and eggs.

The lifestyle choice has been steadily on the rise for the last couple of years...

Whether it be for health reasons or more ethical concerns, the trend of cutting out animal products from food and drink is completely booming.

There are now vegans everywhere.

And, boy, do they like to tell you about it.

And, as a result of this sudden influx of plant-based lifestyle goers...

Various food outlets have had to alter their menus in order to accommodate this food trend.

Nowadays, it's pretty hard to find a restaurant that doesn't offer a plant-based alternative...

And there are more and more eateries that are dedicated solely to the vegan lifestyle popping up every day.

And, of course, the big chains are jumping on board the ethical bandwagon.

A huge range of fast-food giants are modifying their menus in an attempt to cater to their vegan customers.

It's the thing to be doing.

McDonald's, Dominoes, Papa Johns, and Burger King are just a handful of fast-food giants who are now offering plant-based alternatives on their menus.

But many people who have a vegan diet enjoy eating produce from their very own homes.

When we say this, we mean foods from a person's backyard or something homegrown... and not something that comes from us humans.

One mom, however, begs to differ.

This is Tracy Kiss. She is an active mom of 2 and she works as a personal trainer in the U.K.

And she has opened up recently about one of her bizarre concoctions that she claims is helping her fight off the deadly virus.

She has been drinking smoothies on a daily basis that contain her boyfriend's sperm.

Yep, you heard that right... her boyfriend's sperm.

Each smoothie contains "one shot" of semen...

And Tracy claims that, by drinking this unusual nectar, her immune system has been massively boosted.

She has been drinking these unusual smoothies for over 3 years now...

And she has insisted that she hasn't had a cold or the flu since.

She is now encouraging others to do the same during the global pandemic.

Speaking to local media, she said, "I found a free and vegan-friendly alternative method to boost the body's immune system. You don't always know what is in pharmaceutical medicine - it is much better for the body to drink something that doesn't contain chemicals."

Tracy said that "it isn't much different to breastfeeding"...

"It isn't for everyone but it is packed full of vitamins and I haven't had a cold or flu ever since drinking it in 2017 - I also put it on my face to clear up my skin."

Tracy recommends that "produce" needs to be as fresh as possible.

"It is best to consume semen as close to production as possible to get the most nutrients and benefits," she explained. "But I often store it in the freezer in an ice cube tray as my partner, who does not wish to be named, and I are in a long-distance relationship."

Tracy stressed how she only drinks semen for a health benefit and not for the taste.

"The quantity depends on how hydrated my boyfriend is on the day. I sometimes have a shot or disguise the taste in a smoothie with fresh berries and bananas," she said. "I am strictly looking at this from a health perspective."

Tracy's advice has come at an important time.

"I think a lot of people try new ways to boost their immune system when they start presenting symptoms but that is too late - you must make the immune system strong prior to an illness to ensure you can fight it off."

Even though Tracy's theory has absolutely no medical evidence to back it up...

She seems pretty set on it.

She said semen is now considered a "natural remedy."

"The smoothies aren't any different to drinking honey and lemon water when you have a sore throat. It is just another natural remedy but completely free - you don't have to have a partner, you could just ask a male friend who is healthy," she said. "Most people think I am joking because it seems too good to be true that I am being so open about a 'taboo' subject but I am not."

It's an interesting theory...

But we think we'll just stick to drinking water and taking our Vitamin C tablets for now! Make sure to keep scrolling to read about the vegan who is constantly mistaken for someone in their twenties...