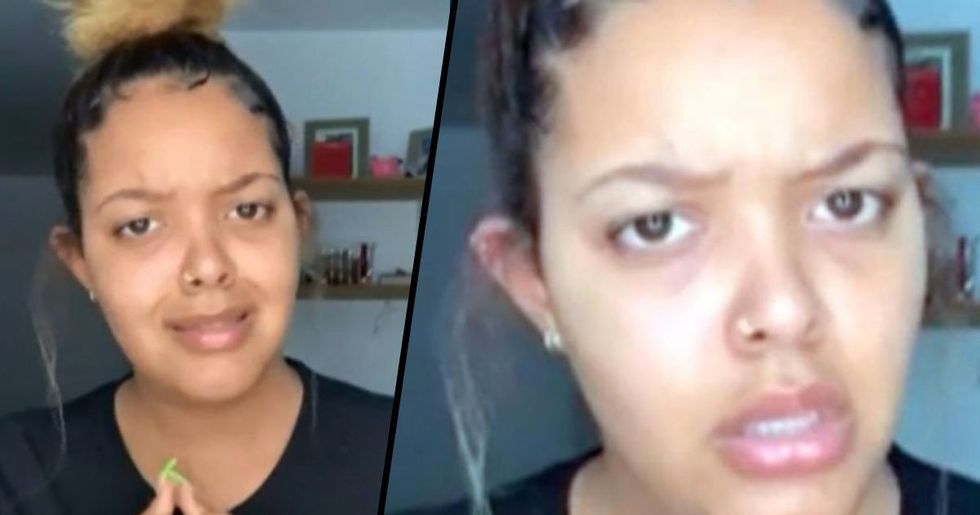 Vegan 'Traumatized For Life' After Accidentally Being Served Pork

Another day, another traumatized vegan.

The vegan uproar of the week comes all the way from the United Kingdom, where a vegan woman purchased a plant-based sausage roll, only to be served a regular sausage roll instead.

The unsuspecting woman took a bite of the seemingly vegan snack, only to immediately realize that she had just unintentionally eaten meat, instead. Cue: Complete meltdown.

The woman took to Twitter to express her fury and trauma over the mix-up and has slammed the company who missold her the sausage roll. Keep scrolling to read the full story, and to hear what the company has had to say on the matter...

The incident happened in Greggs.

Okay, we don't have Greggs. But we need one, because it sounds delicious.

Greggs is a bakery chain that sells a variety of savory and sweet treats.

Varying from pasties, sandwiches, and pies, to donuts, cookies, and cupcakes, Greggs is there to satisfy the hunger cravings of the British public.

But their main attraction?

The humble sausage roll, of course. A sausage roll is a delicious concoction of sausage meat wrapped in a flaky puff pastry. Yeah, why we don't have more of these, I do not know.

And this year, Greggs released their first-ever vegan sausage roll.

On its website, the bakery describes its creation as: "Our new vegan-friendly sausage roll has been designed to mirror some of the sausage roll's classic features including 96 layers of light and crisp puff pastry but instead we wrap it around our own bespoke Quorn filling."

Their vegan sausage roll has been a roaring success.

Vegans all across the U.K. rejoiced when the plant-based snack was released.

And even meat-eaters had to admit how delicious the creation is.

Wow, maybe vegan food isn't too gross after all?

Many marveled at how the vegan version tasted quite similar to its meaty counterpart.

And how they share an uncanny resemblance to the traditional Greggs sausage roll.

So, obviously, they might get mixed up every once in a while...

Because we're only human, right? And, come on! They do look awfully alike.

And now, the disastrous mix-up has actually happened.

And the victim (okay, that word might be a little bit strong...) hasn't been shy at voicing her anger and disgust at the blunder.

The mix-up happened in the southwest of England.

In Greggs' Canterbury branch, to be precise.

The unhappy customer took to Twitter to voice her anguish.

Sharleen Ndungu, twenty, is vegan and went into her local Greggs branch for a quick bite to eat.

Sharleen bit into her seemingly vegan snack, only to come to the realization that she had just had a bite out of a real, and very meaty, pork sausage roll.

She claims that she instantly knew it was pork.

In her video, which has since been taken down, she explained, "I haven’t had meat in two years. My belly started hurting and my heart started going crazy."

Sharleen went on to have a full-blown panic attack.

And insisted that the experience has traumatized her. "I was panicking because that only happens when I consume meat – this doesn’t happen when I have other food. I’m traumatized for life now – I’m never going to Greggs again."

She explained how the mix-up could have been a life or death situation.

"People can be allergic to pork and potentially die from such a stupid mistake. If I was allergic to pork or any of the ingredients that were inside that dirty sausage, I literally could have died."

She believes that her choices have been torn away from her.

"It’s my choice not to consume meat because it causes cancer. That choice has been taken away from me." She called Greggs' customer service and was offered a £30 voucher, but says she turned it down. Sharleen said: "I was asking for a public apology to make people aware that they should watch out for things like this." A shift manager at the Greggs store said: "We have a fix-it-now company policy where we offer the customer a refund straight away. If they don't accept that then we will put them through to head office. She definitely received an apology - it is company standard."

And, as you may have guessed...

People online haven't been too sympathetic with her.

Many have pointed out that Sharleen needs to take a look at the bigger picture...

That one bite out of a sausage roll is not going to kill her, and that people out there are going with nothing to eat.

And for some people, the story just made them really fancy a sausage roll.

In other vegan news...

An Australian (and vegan, obviously...) woman attempted to sue her neighbours for cooking meat. Yeah, not making this up. Keep scrolling for the full story...