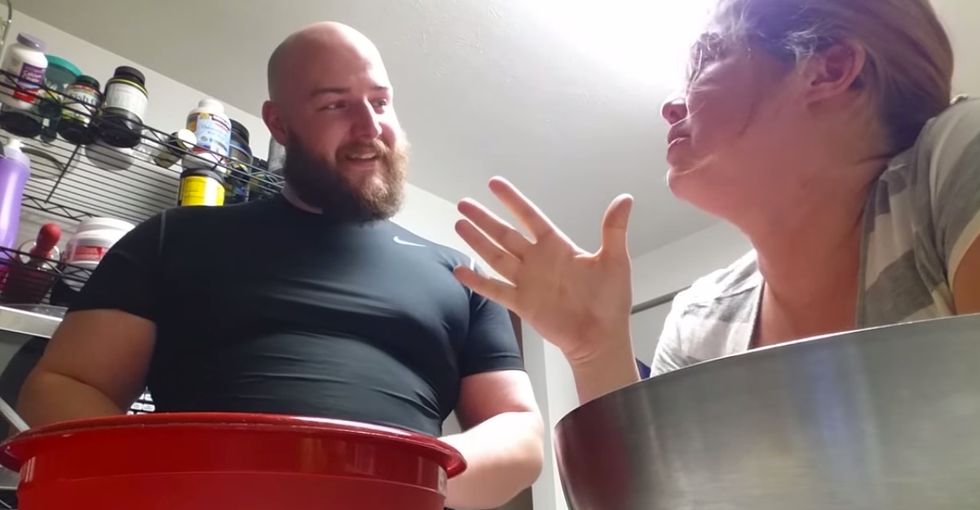 When Kevin Reams' 9-month-pregnant wife Sarah started getting emotional about how he was putting some vegetables away, he couldn't resist filming it. It was both adorable and unbelievable and he wanted them to be able to "watch it tomorrow."

Of course, she's worried, along with how stupid he's being about the veggies, that this will end up on Facebook. He says he won't put it there...but he might post it on Reddit since those people don't know you.

He followed through, and now, almost a million views later, we're pretty sure it's made its way onto her Facebook feed.

No news of Kevin's death yet, so perhaps she doesn't care. Or maybe she just has other things on her mind. Her baby is due on Friday. Either way, Congrats to Kevin and Sarah. You're going to be great parents...