If You Can Scroll Through These Tweets Without Smiling, You Might Be Lacking a Soul | 22 Words 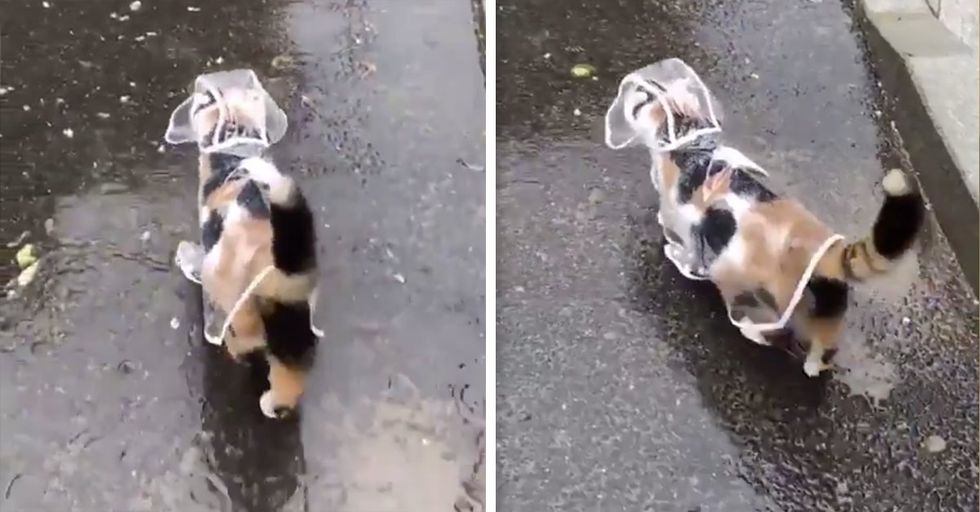 If You Can Scroll Through These Tweets Without Smiling, You Might Be Lacking a Soul

Twitter can be a pretty dangerous place. Pretty much every time I pull up Twitter on my phone, it only takes a few minutes before I come across something rude, offensive, or racist (sometimes it doesn't even take that long). As with many corners of the Internet, it is easy to start to feel as though the majority of people are terrible and society as a whole is getting worse.

But I'm here to tell you that that is not the case! There are good things happening on Twitter, too! Sometimes you have to do a little extra digging in order to find them. Or you can just scroll through this gallery of wholesome tweets. I have already done the work of compiling them for you!

I hope these wholesome and hilarious tweets make your day– maybe they'll even inspire you to tweet out your own wholesome message!

I guess I'm going to have to get my nails done from now on. You never know when you're going to be needed as a stand-in for a proposal pic!

Time for your medicine!

I've just watched this five times in a row and I'm pretty sure the grin on my face is going to be stuck their permanently. Dogs are so good. We do not deserve them.

In case you were wondering.

From now on, I'm going to smile lovingly down at my salt before reaching for a pinch. I think the salt would like that.

He's doing a wonderful job! He may just be my favorite cat ever.

I can't get over the surprised/slightly offended face. 10/10, would snuggle that pup until he fell back to sleep.

"What does that say?"

Well, I've found it. This is my new favorite tweet. Ever.

Anaiah has a similar struggle:

The way she just keeps saying "whaa?" over and over again... I can't. Bless this child.

Have you done this?

If you haven't done this, please go to your refrigerator and grab a slice of bologna and make it happen right now. Or go to the store. Whatever you've gotta do to make this happen. Please do it.

You may be wondering, "What does it mean 'to pig'?" Don't ask questions. Just live in the moment.

I'm pretty sure each person has, like, at least 33 ribs. RBG deserves them all, if I'm being honest.

There are two types of people in this world. People who try to keep squirrels out of their birdfeeder, and people who realize that's impossible and just make the best of the situation. The world could use more of the latter.

The next time someone claims to have "seen everything," ask them whether they've ever seen a cat in a raincoat. When they say no, show them this video and get ready for them to squeal a little bit.

Not gonna lie — I was definitely not expecting that pup to get as much air as he did! He should consider going professional.

As someone who has several pairs of yoga pants and who has never once stepped foot in a yoga class, I can vouch for this.

Shhh. Don't think about it too much. Just be inspired.

They really do, though.

I heard that every person has a hair doppelganger somewhere out there in the world. I hope you find yours someday.

Let's have a vote.

I'm not usually one to get political on here but croutons really need to be easier to stab with a fork
— colleen (@colleen)1495408351.0

Just in case you didn't think whales were majestic enough, this one goes ahead and spits out a rainbow! What a world!

I'm trying to figure out if I would rather be Jeff Goldblum or the puppy in this situation. I can't decide!

You know that feeling when you just love your friends so much and all you want is for them to be happy and live their best lives? That's a good feeling.

This is so pure and lovely. Everyone should have a friend like this (alcohol consumption not required!).

Everyone should strive to be as passionate about their friendships as Jake Gyllenhaal is about...whatever he's freaking out about here. Put that on your list of New Year's Resolutions.

This is a great idea!

It could just be a tiny little horn that says "Great job! I like what you're doing!" We should also have one that says "I'm sorry!" for times that you accidentally cut someone off. (P.S. If you're not following Norm Kelly on Twitter yet, you really should be.)

What a nice way to think about asking for help!

There's nothing shameful about asking for help! And while you're at it, make sure to offer help to others, too!

Oh, don't mind me. I'm just tearing up over these pictures of a happy pup celebrating his birthday. Carry on.

I'm pretty sure that anything you think you need eight ducks for could probably done with seven ducks. Just let him keep his little duck friend. Please.

My 10yo said something by mistake and promptly followed it by saying, “Delete, Delete, Delete,” and I’ve never related to anything more.
— Jessie (@Jessie)1541598547.0

First of all, Matt Hardy would be proud. Secondly, I am definitely going to start doing this.

I think he's probably a bit bigger than 868 blueberries. But I don't have the heart to tell him.

I'm not crying; you're crying.

See? The world is a good place with good people in it. Share this with someone who could use a smile today.