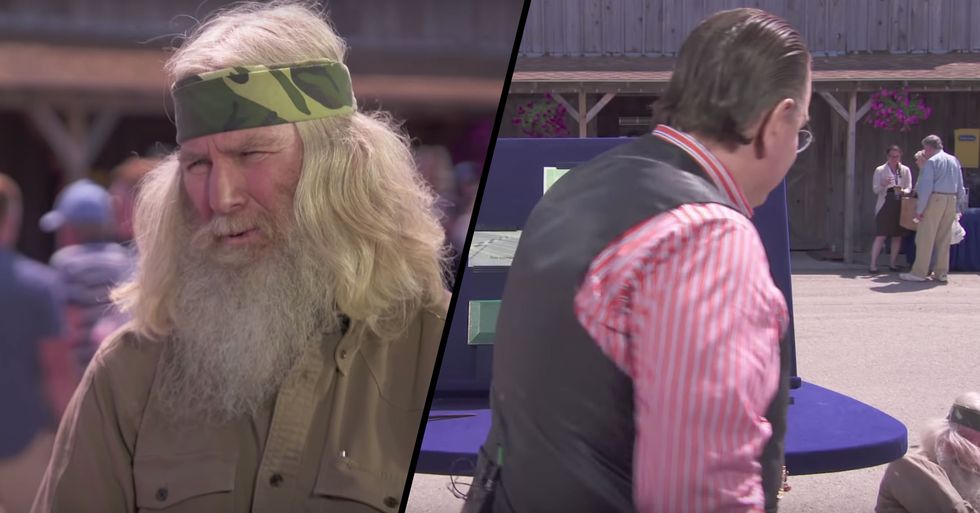 The majority of us can only dream of getting our hands on hundreds of thousands of dollars from selling an old possession.

But one war veteran received the shock of his life when he found out the true value of a watch he bought for $345.

We've all thought about selling or auctioning off some old valuables for a little bit of extra cash.

Some people can get very lucky when auctioning their goods...

Whilst some will walk away with a mere couple of dollars in their back pocket.

The process of the auction is a very exciting process...

And it is that exciting, it has it's very own TV show.

Antiques Roadshow is a very popular show that airs in both the U.S. and the U.K.

The U.S. version is broadcasted on PBS, and it travels the country in a search for some truly unique antiques.

Anyone can appear on the show...

And as long as they are equipped with an antique, they are eligible to have their item properly surveyed and valued by experts - to ultimately having the item auctioned off.

Many people have walked away with a lot of money...

Plenty of artwork has been brought to the roadshow...

If only all of us had historic artwork lying around our houses!

But the experts of Antiques Roadshow know exactly what they're doing, and they know value when they see it.

The TV show has been on the road again this week...

And their most recent episode shows an incredible revelation of a seemingly affordable watch.

An air force veteran has arrived armed with a vintage Rolex that he purchased back in the late 1970s.

When he was in the American Air Force...

The man traveled the world with his job and he noticed a lot of pilots would wear Rolex watches.

He fancied buying a Rolex for himself...

But as we all know, they're extremely expensive and very unrealistic for people with ordinary salaries.

He bought his very own Rolex watch through mail order for $345 - very cheap for a watch of that kind.

But he never got around to wearing it...

He felt it was simply "too nice", so the watch has been lying around in a safe deposit box for years - meaning it is in great condition.

But what the man didn't realize...

The watch is an extremely rare model and the fact that it came intact with the papers and original box bumped up its value even more.

Peter Planes from Luxe Auctioneers in Florida then told the man the good news...

The veteran is left reeling...

And he literally collapses to the ground in disbelief.

So he didn't literally faint...

And we must say, for a man who has served our country, it is the least he deserves.