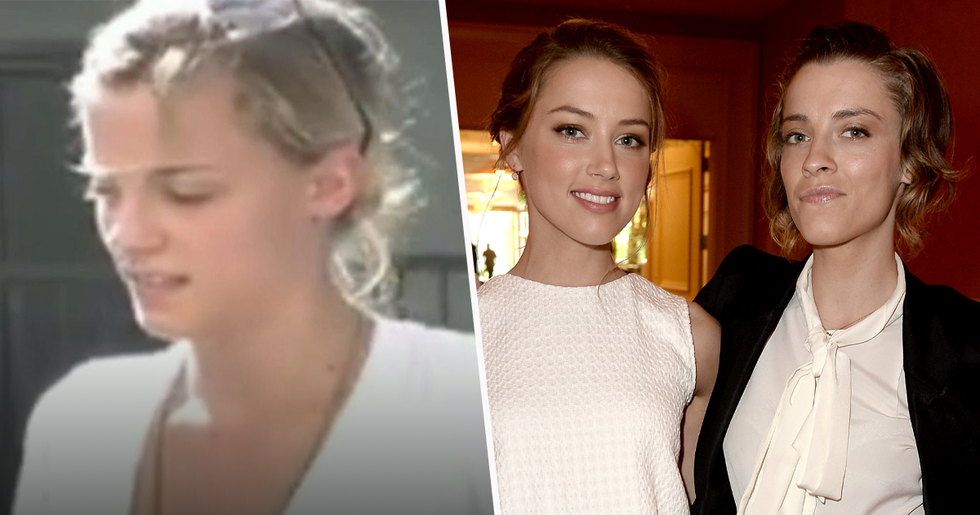 Over the past few weeks, Johnny Depp and Amber Heard have been in court for his libel case against The Sun newspaper and let me tell you, it's been a wild ride.

Both parties have played it dirty in order to win the case, and the latest video to come out revealed some very horrific details about Heard and has got people doubting her credibility.

Read on for the full story, including the video...

Amber Heard might have really done it this time...

First, it was the tasteless photographs on her Instagram story, and now this video? It's not looking too good for the actress at this moment in time.

And surprisingly, this video involves her own sister...

And added to other incidents that have occurred recently, support for Johnny Depp has drastically boosted because of it.

It's really been a turbulent couple of years for him.

At first, this coupling seemed to be at the start of a promising relationship.

Their honeymoon period was rather short-lived as, just months after their marriage, Johnny reportedly suffered a hand injury as a result of "smashing bottles and windows" during a heated argument with his wife. So the divorce was inevitable...

The world turned against Johnny.

But then there was a sudden change in events.

Despite their actions in 2018, Disney are reportedly considering bringing Johnny Depp back to reprise his role as Captain Jack Sparrow for the 6th installment of the franchise and this was because of one particular thing that Depp did...

The lawsuit also states that all of Amber’s claims were “categorically and demonstrably false."

And Johnny has been in court for his libel case against The Sun newspaper - whom he is suing over a 2018 article in which he was described as a "wife-beater."

It's all part of the 3-week long trial.

While in court, both parties have played this pretty dirty, revealing compromising photographs of each other which have blown everything out of the water, yet again. And of course with the evidence came more allegations.

But things have recently gotten even worse... but more so for Heard.

It all started when she decided to do something a little tasteless. After pictures of Johnny Depp emerged leaving court with bouquets of slowers in his hands while waving to a whole bunch of supporters that were expressing support for him, Heard seemed to want a slice of the action.

So she took to her social media to post what has been deemed a "desperate" photograph of herself.

Many users on Twitter called her out for being "pathetic" and craving "attention" just because the general public support had shifted in Depp's favor.

On the note, supposedly written by a fan called "Rebecca", we can see that it expresses their support for Heard... Interesting.

"Amber, I'm here today in the name of all your fans to remind you that we stand with you always! You have a lot of REAL people rooting for you, for your health and happiness. Don't you forget that." The emphasis on "real" is so strange, but okay, if that's how you want to play it, go ahead.

And just when you think nothing else could go wrong, an unseen clip has recently gone viral...

Footage from a reality TV show talks about how Amber Heard allegedly attacked her own sister to the point where Whitney Henriquez "didn't want to talk about it."

But weirdly enough, in the courtroom the day before, Henriquez had explained that she had never been hit by her sister.

When asked if she was "frightened" of her sister or if she has ever been attacked by her, she said no and denied the claims set out against Heard.

She went on to talk about an incident in which she claimed that her sister acted out in "self-defense."

An event from March 2015 was discussed in court wherein Henriquez said that Heard had hit Depp in retaliation after she was punched "really hard in the head... multiple times." She said that she was scared he was going to "push her down the stairs" and added it was a "one-off incident" where Heard had acted out.

But then this video was brought up to cancel that out.

The footage, which was sent in by a "confidential source" talks about how Heard and Henriquez got into what has been described as "an altercation" which resulted in another woman in the clip saying "I can't believe Amber beat your ass."

However, Henriquez said it was in reference to a "verbal disagreement."

But that is not what the clip suggests as the other woman who was examining her face continues later on: "Whitney truth or dare? Did you really start the fight with your sister? Or did she start it? For real, for real, for real."

"We're not going to talk about that," Henriquez says.

"She really did whoop your butt," the woman continues, dissatisfied with her answer. Depp's team says the new video "demonstrates Ms. Whitney [Henriquez] was lying yesterday".

"After [Henriquez] gave evidence yesterday, one of our team was contacted by an individual, on the basis of being kept confidential. "We were contacted to explain that Ms Amber Heard had a history of violence and attacking people and this video, which was attached, of her sister Whitney was taken shortly after Amber Heard had attacked her and Ms Whitney [Henriquez] was filmed with people commenting on the bruises on her face and body."

But Heard's sister claimed that the producers of the show had made their own narrative.

And that things had been blown out of proportion over a "verbal fight," but Depp's team has told the court that this severely harms her credibility.

One thing is for sure, it has with the general public opinion.

The case is set to end next week. Further updates will be added as the last leg of the court battle continues.