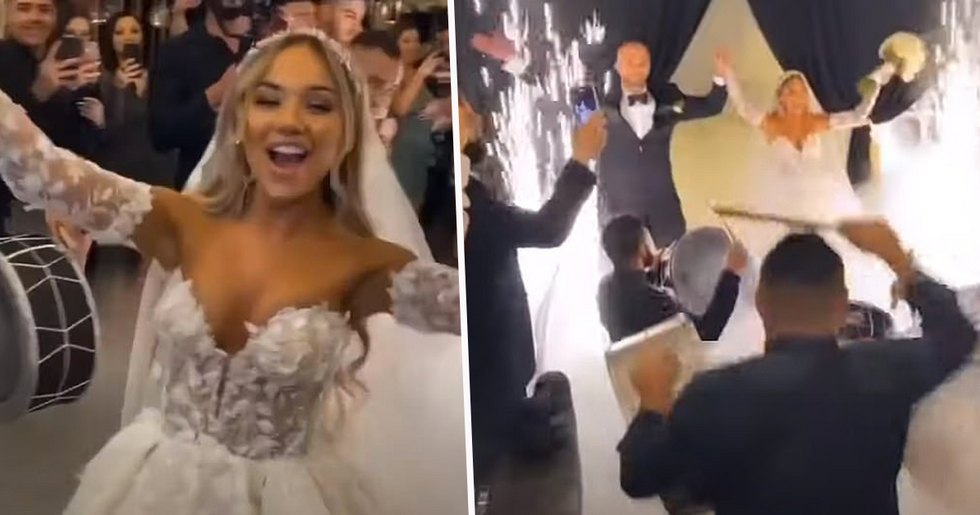 But one surprising source of social distancing controversy? A recent wedding in Western Sydney, Australia...

A wedding should be a very special day.

Declaring your love in front of everyone you care about is a beautiful thing.

But weddings can be very stressful, too.

The anxiety around planning such a big event could get to anyone.

Not just for weddings, but basically for everything!

How do you have the wedding of your dreams during a pandemic?

Well, it seems one couple came up with a novel solution.

How about, just ignore all of the rules altogether?! Sigh.

And one gathering that's attracted outrage this week?

One extremely busy and outlandish wedding in Western Sydney, Australia.

Nazife and her groom Patrick seemed to have no qualms breaking social distancing.

And there was not a mask in sight!

John Alten, who MC'd the wedding, appeared on a podcast and discussed his worries about the event.

"I've got to act like the fun police in some cases. From my perspective, it is important these restrictions are re-iterated constantly - people's health is paramount."

"It’s really unacceptable that people are not taking this incredibly seriously," he told Sunrise. "We can have people who have no symptoms or very mild symptoms who are still very infectious to other people."

"Lives are at risk when people breach rules and regulations that are put into place to protect us all."

What do you make of this? Want more COVID controversy? Scroll on for Tom Hanks' view ...