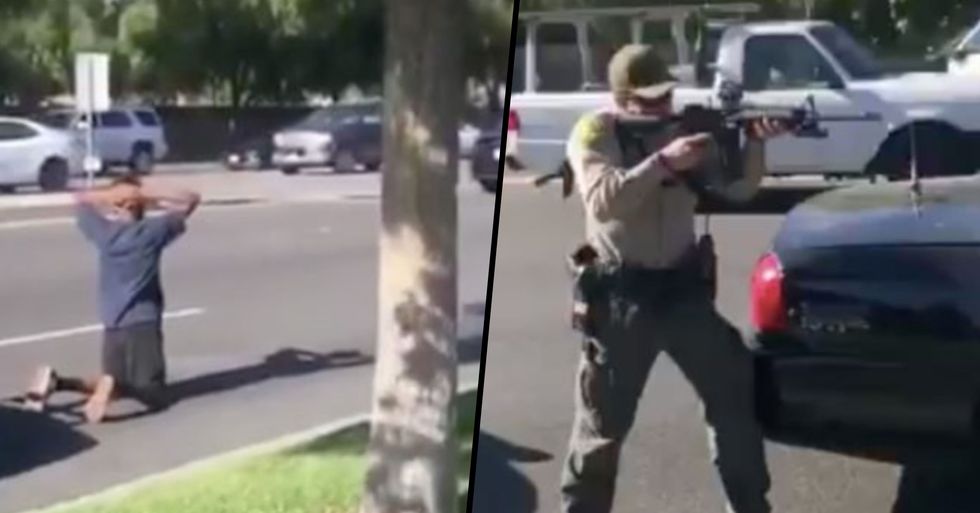 As the Black Lives Matter protests continue, one Instagram video has proven the true need we have for police reform.

This footage is well and truly shocking...

A recent video shared on Instagram has got the whole internet talking.

It was shared by mom, Tammi Collins, and sums up the importance of BLM better than anything else.

The Black Lives Matter movement has never before been so prominent.

But George Floyd's death has sparked an outrage like never before.

Hundreds of thousands of people have been taking to the streets in the United Kingdom, Germany, Spain, Canada, Australia, and New Zealand. The global solidarity has been incredible to see.

Black Lives Matter murals have been popping up across the globe.

And now, reports say that New York City has decided to paint their own.

The huge mural is said to be being painted on the lucrative Fifth Avenue.

But, while work is being done on the painting, Millionaire's Row, where Donald Trump's eponymous building is situated, was closed off to traffic.

The President slammed plans for an "antagonizing" BLM mural outside Trump Tower on Wednesday.

His Twitter rant came after the Mayor's intention to defund the NYPD's $6 billion budget was announced. "And yet the @NYCMayor is going to paint a big, expensive, yellow Black Lives Matter sign on Fifth Avenue, denigrating this luxury Avenue," the President said. "This will further antagonize New York’s Finest, who LOVE New York & vividly remember the horrible BLM chant, 'Pigs In A Blanket, Fry ‘Em Like Bacon.'"

De Blasio clapped back to the President a few hours later.

The major pointed out Trump's so-called "luxury" came from Black community's labor, for which they "have never been justly compensated."

"Only in your mind could an affirmation of people’s value be a scary thing."

And now a truly shocking video has surfaced online.

Which has really proven why these ongoing protests are still so important!

A group of Black teens called the police after an alleged assault against them.

But when the officers showed up, the police immediately pulled their guns on the victims of the crime, jumping to conclusions all because of their skin color.

“How will I help my son recover from this?" the mom questioned in her video caption. “This is something my son and his friends will never forget…Please pray for my family."

The Los Angeles County Sheriff Alex Villanueva released a statement about the viral video, saying, "I have concerns about the tactics employed."

People have responded strongly to the video.

Many have had their views confirmed by the video.

The police have too much power and not enough training.

People don't understand what the officers were thinking.

And why this level of violence was the first port of call?

Or, to put it simply.

It's hard to disagree with this viewpoint.

It's a truly awful watch - you have been warned. Want more from Black Lives Matter? Scroll on ...