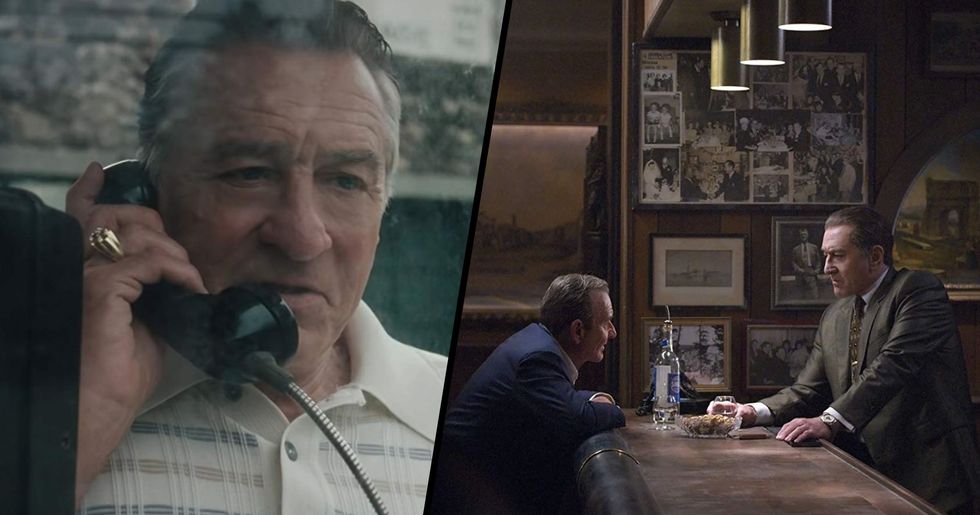 Viewers Are Calling Netlfix's 'The Irishman' Boring and Too Long

This week, the internet has gone The Irishman mad. If you are a movie fanatic, you'll probably be aware of the immense hype that's surrounded the gangster spectacle, especially since it just dropped Netflix. But it's also no secret that cinema can divide opinion. An award-winning movie can still be deemed by some to be overhyped -  and The Irishman is no exception.

The Irishman is actually based on a work of non-fiction called, "I Heard You Paint Houses." Written by Charles Brandt an ex homicidal prosecutor, investigator, and defense attorney back in 2004. The narrative focuses on the life and times of Frank Sheeran. Brandt became fascinated by Frank and his supposed connections to the Bufalino crime family. After its release, it seemed as though the general public became pretty fascinated too. Brandt's book went on to become a crime bestseller.

But those who weren’t quite keen enough to catch it on the big screen were in luck, as the movie dropped on Netflix this week.

Though Scorsese wasn't sure about distributing through Netflix...

It seems that distributing big-budget movies through streaming services is a future we are quickly moving closer towards. As Scorsese put it, "everyone can make films today, but no one can see them."

People have been desperate to watch The Irishman...

Well, obviously not quite enough to go and watch it during its limited release but like, enough to tweet about it.

But there's one slight hitch...

The movie is incredibly long... as in 209 minutes worth of mob warfare content.

While the film has drawn in significant acclaim, it looks like some people can't hack it.

It's no secret that cinema can divide opinion and it seems to have certainly been the case with The Irishman.

Some viewers haven't quite managed to buy into the hype...

Some have found the 3 and a half hour offering to be a little too much.

In fact, some have gone as far as to dub the movie "bloated and boring."

"The Irishman was an overwrought, boring, unsatisfying mess. I think guys like it solely because they, and we, yearn for a great gangster flick," wrote one unsatisfied user.

Have you watched the new movie yet?

We still think the movie's worth a watch - something that gets the internet talking this much is bound to be interesting...