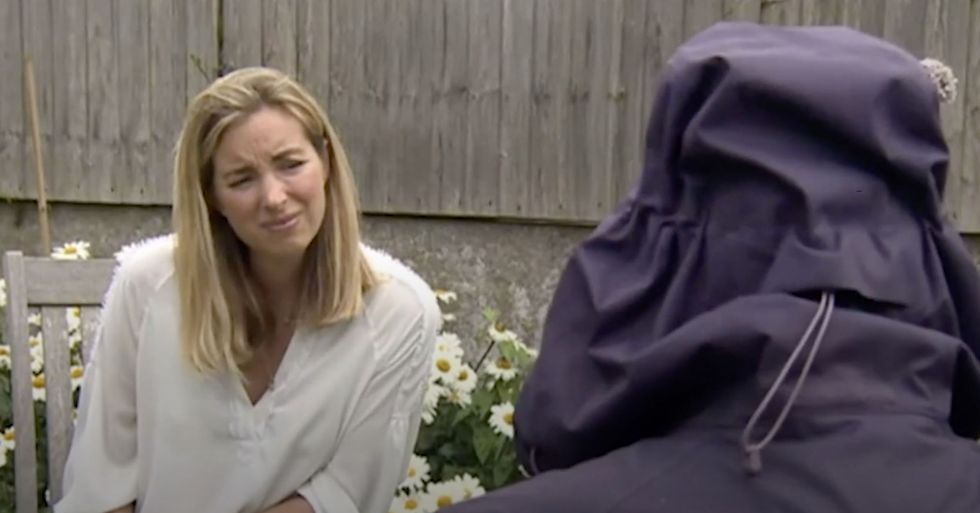 A news reporter has a lot of explaining to do after she uttered a shockingly racist slur on live daytime television...

But, sadly, there have been some instances of people with huge platforms spurring on the message of hate...

And the latest comes from none other than a BBC news reporter.

Now, the BBC is the biggest, most influential news platform in the United Kingdom...

And, globally, it has around fourteen million readers every single month.

So you'd expect their reporters to have a little bit of sense about them, right?

Well, this week, a BBC news reporter came under fire for her shocking use of a racial slur on live television.

The world was shocked.

Fiona Lamdin, a social affairs correspondent for the broadcasting company, was reporting on the unprovoked attack on a black healthcare worker in the city of Bristol.

But, during her description of the vicious attack...

She stunned viewers with her use of the N-word.

As she described the moment the healthcare worker was hit by a car, she said:

"Just to warn you, you’re about to hear highly offensive language because as the men ran away they hurled racial abuse, calling him a 'n*****.'"

Viewers couldn't quite believe what they were hearing.

Without hesitation, Fiona confidently and clearly uttered the slur, which has been used against black and minority groups for decades now, on live daytime television.

As soon as the news segment went live on Wednesday, viewers took to Twitter to express their shock...

And, mostly, their sheer anger.

How was this allowed to happen?

And, while most of the heat was directed at Fiona...

This Twitter user pointed out that the producers of the news segment are actually the ones at fault.

Fiona is yet to respond to the backlash...

But a spokesperson for the BBC has now addressed the incident.

In a statement, the BBC provided some context for the report...

But said it will not run again in its current form.

"This was a story about a shocking unprovoked attack on a young black man. His family told the BBC about the racist language used by the attackers and wanted to see the full facts made public."

"A warning was given before this was reported. We are no longer running this version of the report but are continuing to pursue the story."

However, not everyone was too convinced by their explanation.

London-based grime artist, P Money, Tweeted his disgust and pointed out how the BBC had once given him the "ultimate pep talk" about using bad language prior to his interview live on air.

You can watch the news report for yourself here.

Do you think the BBC should have allowed such an offensive word to be said live on air? Or was it simply an essential detail in the story? For more on shocking broadcast moments, keep scrolling to see the moment a black reporter got arrested live on air...