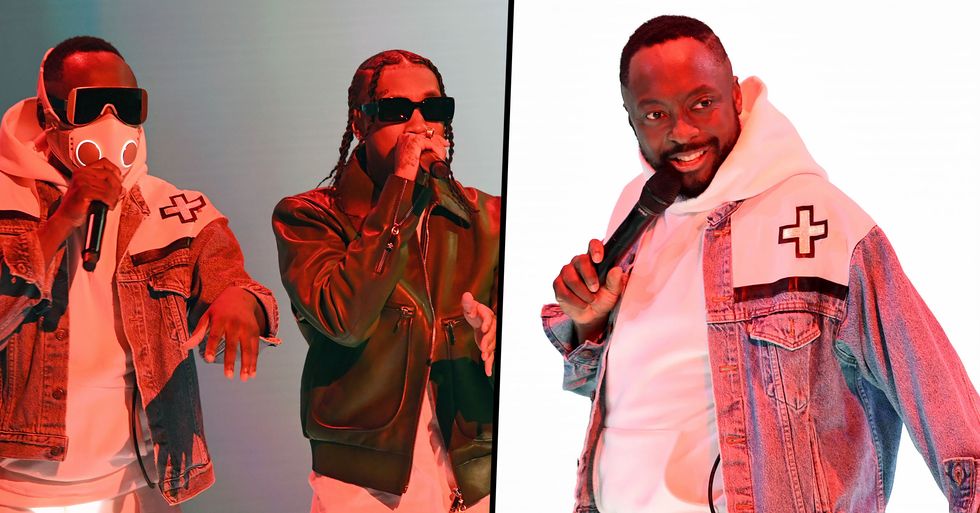 As viewers tuned into this year's digital MTV VMAs, fans couldn't quite get over the Black Eyes Peas' "bizarre" performance...

The event was the first major awards broadcast to air since the coronavirus pandemic shut down mass gatherings and TV production.

All of which took place across Brooklyn, the Bronx, Staten Island, Queens, Manhattan, and LA.

Meaning, of course, we still got to see our favorite A-listers grace the red carpet once again...

And boy did they deliver.

From fashion faux pas to several costume changes (we’re looking at you Gaga)...

There was a real feast for the eyes when it came to the red carpet fashion.

But that wasn't all that got fans talking.

There were a ton of live performances that caught the eye of viewers.

But there was one that stood out more than the rest.

And not necessarily for the best of reasons.

The eyebrow-raising performance came courtesy of the Black Eyed Peas.

With some viewers saying that it has left them completely "scarred." Yikes.

The American group was founded in Los Angeles in 1995.

Although it wasn't until the release of their third album, Elephunk, in 2003, that they achieved huge mainstream success.

Right now, the band doesn't quite look how we remember them.

The group performed without Fergie, something fans instantly picked up on.

Hill left the band while producing their second album.

And, in 2002, Fergie was chosen as her replacement.

And so, the Black Eyed Peas we know and love was born.

But it couldn't be further away from their performance this weekend, which many have hailed as completely disturbing.

In fact, after it aired, comments flooded in.

Watch their full performance below.

What do you think? For more eyebrow-raising antics from the VMAs, scroll on...