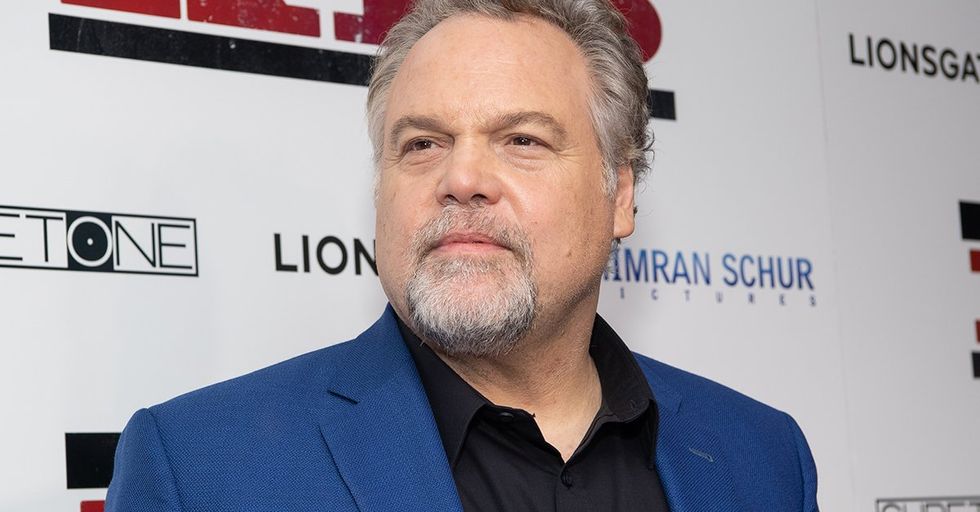 What are you most afraid of?

Most of us are afraid of something, even if that fear may be a little difficult to explain or outside the norm. Some people are afraid of butterflies. Or birds. Or cotton balls. I personally get skeeved out by having flour on my hands. Our personalities are shaped by all kinds of things — the things we enjoy, the things we can't stand, and the memories we form starting from a young age.

Actor Vincent D'Onofrio recently shared a fascinating glimpse into his childhood via a now-viral Twitter thread — specifically, his experiences at a facility in Florida that let people come inside and feed monkeys. While that may sound fun and even educational when you first hear it, D'Onofrio's story reveals that it was anything but (at least for him). The trauma he experienced at the Monkey Jungle in Miami obviously stayed with him for a long time. While we sympathize with his experiences, we also can't help but be entertained by his brilliant storytelling.

It all started in Florida...

And honestly? Of course it was in Florida. Where else could you possibly find a "monkey petting place" but in Florida?

Apparently, D'Onofrio found himself there quite often as a child.

2) It was not a fun place however i was taken their many times. Held hostage by whoever of the other children wante… https://t.co/kh68YxElXm
— Vincent D'Onofrio (@Vincent D'Onofrio)1552158407.0

Surely there must have been some other fun, child-friendly activity in Florida, right? I mean, Disney World is there.

D'Onofrio considered the petting zoo to be more of a torture chamber.

And, as he points out, it probably wasn't the greatest experience for the monkeys, either.

There was a lot of monkey poo.

4) But it was severe torture for me. The amounts of monkey poo everywhere was unbearable. We walked through the poo… https://t.co/mQohTSCrij
— Vincent D'Onofrio (@Vincent D'Onofrio)1552158407.0

Every detail makes this place sound worse and worse.

Suffice it to say, D'Onofrio was not a fan.

5) At times it squirted down upon the visitors. Some people laughed and others cried. All I thought was "what kind… https://t.co/aFAlO7uUrk
— Vincent D'Onofrio (@Vincent D'Onofrio)1552158407.0

I can so clearly picture him being surrounded by kids who were having the time of their lives, thinking to himself that they were all clearly bonkers.

You didn't even really get to feed the monkeys.

Monkeys are a lot of things. Intelligent. Strong. Kinda gross. But they are not polite animals that will gently take food from you.

D'Onofrio was clearly not a fan.

7) I will never forget all the different sizes of them swinging in trees. Hiding in the trees. Sticking their faces… https://t.co/TIIoX0T9Ox
— Vincent D'Onofrio (@Vincent D'Onofrio)1552158485.0

And the more I read about his experiences, the less I ever want to share them. I didn't even realize I wasn't a big fan of monkeys until coming across this thread.

People would even eat lunch at the facility.

Which is just obviously a terrible idea. Remember how we just established that the monkeys would steal food right out of your hand? Why would you try to bring your own food in?

I love his description of the monkey faces:

9) All the monkey faces staring and screaming at us. Faces that lthat resembled something between Teddy Rosevelt an… https://t.co/3idmbakmXV
— Vincent D'Onofrio (@Vincent D'Onofrio)1552158485.0

Even the biggest monkey fan in the world would laugh at the concept of a monkey looking like a cross between Teddy Roosevelt and Mo from The Three Stooges.

And then D'Onofrio talks about the screams.

Even if this place was totally and completely silent, it would have been pretty dreadfully unpleasant. But it wasn't silent.

In fact, it was anything but.

11) I was to measure screams and the meaning of those screams from now on by the high bar those monkeys set in that… https://t.co/qNJHw8gYuq
— Vincent D'Onofrio (@Vincent D'Onofrio)1552158485.0

I'm really trying to understand the appeal of this horrible place. I'm not sure it has any.

The screams were constant.

Once again, monkeys are a lot of things. They are not quiet. Like, ever.

Apparently, it's the screams that really stuck with D'Onofrio.

But the harrowing experience wasn't limited to D'Onofrio's childhood years.

You might be thinking that he grew out of his hatred of monkeys. That's where you're wrong. D'Onofrio continued the thread, talking about a time that he was in Brazil as an adult.

It was early morning.

He had a driver to bring him around the area.

He realized that he needed to stop at an ATM.

So his driver brought him straight to one that was near his hotel.

Suddenly, he felt a tug on his belt.

Was it someone trying to mug him?

It was a monkey.

D'Onofrio was instantly transported back to his childhood experiences at the Monkey Jungle.

Imagine thinking you'd finally escaped those horrendous monkeys of your youth, only to continue to be tormented by them well into adulthood.

D'Onofrio was (obviously) pretty shaken by the experience.

20) with the driver laughing at what had just happened and most likely the look on my face and the loss of color in… https://t.co/SieqmxLT5T
— Vincent D'Onofrio (@Vincent D'Onofrio)1552158486.0

Although his driver was super entertained. Obviously, the driver had no way of knowing that D'Onofrio and horrifying monkeys went way back.

Even being safely in the car did nothing to allay D'Onofrio's monkey fears.

21) one block, two blocks and three behind us now I could still here this monkey. Screaming and the vision of monke… https://t.co/Yzoo9uDjoV
— Vincent D'Onofrio (@Vincent D'Onofrio)1552158487.0

He was haunted by those screams that had so often terrorized him in his youth. I would be, too!

And that's the story of why Vincent D'Onofrio is really, really afraid of monkeys.

If that's not the most entertaining/horrifying Twitter thread about monkeys you've ever read, then we have clearly been spending time on different Internets.

@vincentdonofrio As a twentysomething I lived briefly in Gibraltar while working on a boat there and quickly found… https://t.co/NZcyPM8vJd
— Brooke Binkowski (@Brooke Binkowski)1552200260.0

This woman decided that she would befriend the apes of Gibraltar while she was staying there. I don't have to tell you this was a bad idea, right?

She had big plans of feeding them...

@vincentdonofrio Instead, I hiked up there with a bag and these evil little bastards surrounded me, one leapt at my… https://t.co/ur59tWuWAT
— Brooke Binkowski (@Brooke Binkowski)1552200450.0

...But as we already know, feeding monkeys and apes rarely (if ever) goes according to plan. She should never have attempted this plan.

Apparently, she was not alone in her endeavor to befriend the apes.

@vincentdonofrio every year some idiot tourist does exactly what I did and gets bitten, so I kind of lucked out the… https://t.co/OsVMpnn3lv
— Brooke Binkowski (@Brooke Binkowski)1552200529.0

If you ever find yourself in Gibraltar, do yourself a favor. Leave the apes alone.

Other Floridians also commented on D'Onofrio's thread sharing their own experiences of the Monkey Jungle.

Is it just me, or is the concept of a bunch of monkeys escaping their enclosures in the middle of a hurricane the most horrifying thing you've ever heard of? Particularly after reading the original thread!

As it turns out, D'Onofrio is not the only person to have been traumatized by Monkey Jungle.

This story is actually even more horrifying that D'Onofrio's ATM experience. I applaud this person for not holding a grudge against the monkey that grabbed them.

Apparently, there was also a Parrot Jungle nearby.

@vincentdonofrio also the "Parrot Jungle" in Miami where they'd take a pic of you with a parrot on each shoulder. O… https://t.co/NvNDjrPj6K
— Michael Roston (@Michael Roston)1552176767.0

Hey, Florida? You OK, bud? 'Cause it kinda seems like you've got some real issues with the concept of fun places for kids to go with their families.

If you take nothing else from this story, I hope you at least now have a deeper fear of monkeys.

Did anyone else watch the movie Monkey Trouble when they were a kid? I did. I remember thinking that a pet monkey was basically the coolest thing ever. I don't think that anymore.

Above all, you can at least enjoy the hilarious thread.

@vincentdonofrio I have never laughed as hard on this website as I just did reading this thread. Tears running down… https://t.co/iQr59Wp3U5
— David Ervin (@David Ervin)1552241867.0

I definitely agree with this person. While I feel bad for D'Onofrio's childhood traumas (that apparently followed him into adulthood), I can't deny being entertained by the hilarious way he shared the story. Share this with someone who loves funny stories!