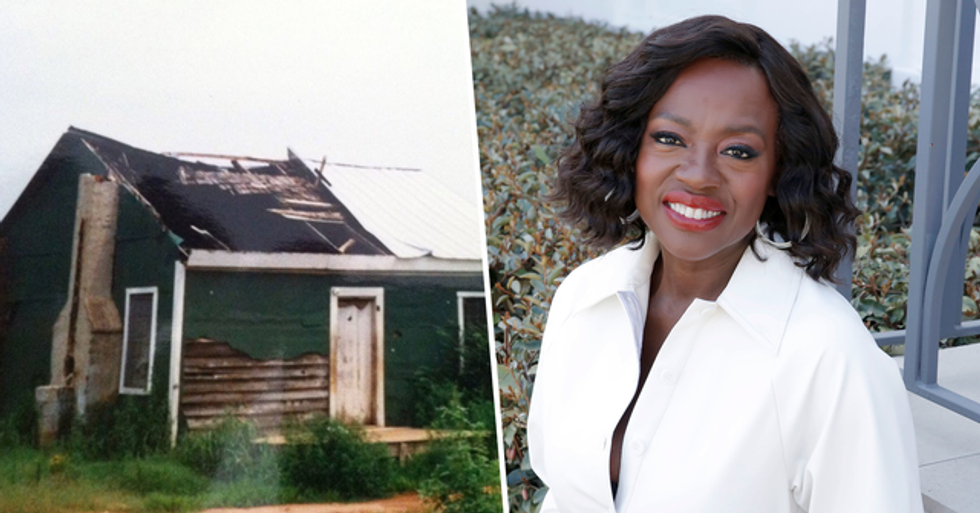 Yesterday, Viola Davis celebrated her fifty-fifth birthday and, in doing so, she revisited her precarious beginnings...

It's been a momentous fifty-five years for Viola.

The actress, who is best known for her roles in Law & Order, Antwone Fisher, and The Help, has grown to become one of the most iconic performers of her age.

Her versatility in front of the camera is staggering.

From playing powerful and aggressive characters like Annalise Keating in How To Get Away With Murder to more heartfelt and courageous women like Aibileen Clark in The Help, Viola is known and loved for her incredible range of roles.

Viola remains as the only African-American performer to win Tony, Oscar, and Emmy Awards.

She has become a prominent figure across the African-American community...

And, regardless of her fame and success, she has never shied away from her more perilous beginnings.

Viola grew up in deep poverty.

Being 1 of 6 children in Central Falls, Rhode Island, she once recalled how she "grew up in immense shame" about her situation, adding that it has taken her years to fully process the effect that it had on her.

And, while being honored for her philanthropic work with the charity, Hunger Is back in 2014, Viola opened up about the grizzly details surrounding her childhood even further.

"Although my childhood was filled with many happy memories, it was also spent in abject poverty."

She didn't hold back.

Speaking valiantly and solemnly, she continued: "I was one of the seventeen million kids in this country who didn't know where the next meal was coming from... And I did everything to get food."

Her speech was difficult to stomach.

"I've stolen for food. I've jumped in huge garbage bins with maggots for food. I have befriended people in the neighborhood who I knew had mothers who cooked 3 meals a day for food, and I sacrificed a childhood, for food."

But she has used her platform to try and change the lives of the millions of children currently growing up in poverty...

And, more recently, she revealed the dark history her place of birth held.

Viola was born in the Singleton Plantation, a "one-room shack" in South Carolina, which was occupied by her grandmother.

The building has a dark past.

Speaking to PEOPLE, Viola had explained: "I think I read one slave narrative of someone who was on that plantation which was horrific."

Her family worked long and laborious hours on that plantation.

"160 acres of land, and my grandfather was a sharecropper. Most of my uncles and cousins, they’re farmers. That’s the choice that they had."

And the condition of the "shack" fared no better.

She recalled how there was "no running water, no bathroom... It’s just an outhouse." Above, you can see a photo of the building.

But, regardless of the dire conditions, Viola recalls how she was born into a family full of love and laughter.

“But my mom says that the day I was born, all of my aunts and uncles were in the house, she said, everyone was drinking and laughing, and having fun. She said she ate a sardine, mustard, onion, tomato sandwich after I was born."

"I love that story," Davis continued.

"It’s a great story to me. It’s a great story of celebration in the midst of what you would feel is a decimated environment, but you could see the joy and the life that can come out of that, because it’s not always about things, you know."

Viola and her family continued to live in the shack until their move to Rhode Island...

But, after all these years, the plantation still remains a poignant time in her life.

So, for her fifty-fifth birthday...

She decided to claim back the land.

Taking to Twitter, Viola revealed that she had bought the rights to Singleton Plantation.

Quickly, people began to send in their words of congratulations...

With many applauding the actress for embracing her humble beginnings.

This is a brand new era for Singleton Plantation...

And we are sure that Viola will create new memories, all while honoring the memory of the slaves who once worked the land. For more on the treacherous history of slavery in this country, keep scrolling to see why Rhode Island was moved to change its name recently...