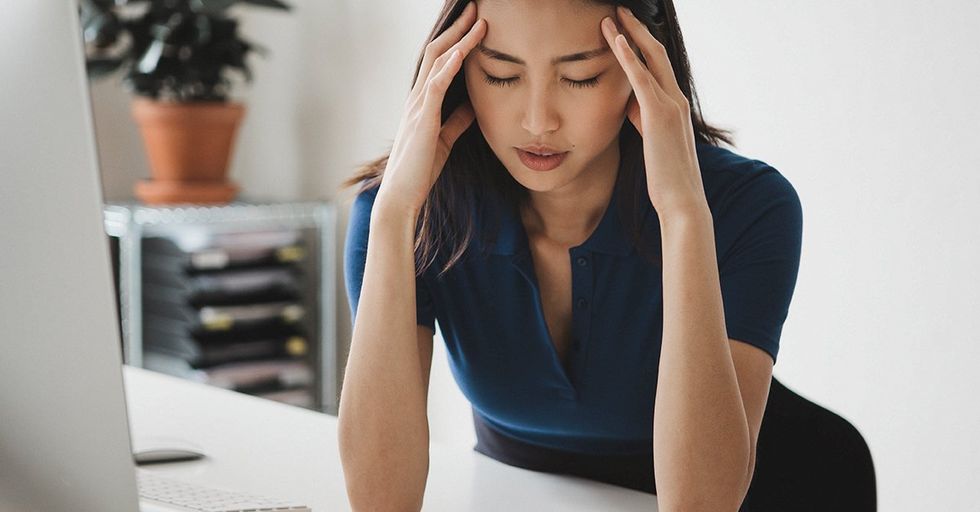 Get ready to get angry. It is 2019 and sexism is still rampant in the workplace, especially in, but not limited to male-dominated industries. Some men cannot wrap their head around the fact that a woman could be an aviation expert or the lead on a construction project. They call women "sweetheart" or "honey" and constantly condescend them. Sometimes, they refuse to talk to women at all.

It is infuriating beyond belief that this is still the norm in today's society. And yeah, I am going to call it the norm. Every woman I know has had an experience where they felt like their ideas were not taken seriously in a meeting or they were cut off by a male coworker while trying to make a point. No matter what field you work in, you will encounter men who, whether consciously or not, see you as less than, as not worthy of being taken seriously. It has got to stop. This thread, in which women share their personal experiences with sexism in the workplace, is the first step toward making sure it ends.

Her own story, which was one of several she shared, is disgusting on so many levels. Unsurprisingly, she received hundreds of responses with similarly creepy stories.

It is so infuriating when someone assumes that just because there's a man in the room, he's the one in charge. I've definitely experienced things like this, and it makes me want to scream.

This is atrocious. If you're a dude in this century and the idea of a woman being a mechanical engineer shocks and dismays you, go home.

First of all, who gets someone Red Lobster gift cards? Like, it's nice, but also not? And then I cannot believe he asked for them back. I hope she kept them.

Literally when I read the word "sweetheart," a chill went up my spine. So gross. I'm glad he stormed out and went very far away!

This is horrifying. The pastor just basically admitted to being a huge perv and blamed it on a woman wearing leggings. Nice try, sicko.

Filming. One of the men was filming her, without her permission, presumably for his own personal use. Awful.

Newsflash: The way women dress is never to blame for the behavior of men. Never. It's never a woman's fault that a man is so disgusting as to not be able to control himself when she is wearing a skirt, or spaghetti straps, or whatever.

Too pretty to be a manager. This is some sexist crap. And there are still people out there who think men and women are provided equal opportunities in the workplace.

Um, pretty sure this is highly illegal. She should have reported him! That is so not OK.

This is not OK on so many levels! Not OK to ask her out in the first place! And the soda shop thing is just beyond gross.

This man called to make an appointment and wouldn't even trust the receptionist, whose job it is to take appointments, because she was a woman. Cue biggest eye roll ever.

Um, no thanks. This is horrifying. Is there an HR department to take this list to? Because this clearly needs to be addressed.

@lameravioli asked a faculty candidate for the Biology dept what impact they wanted their research to have & they c… https://t.co/EurERb35zr
— page (@page)1550795254.0

Seems like this woman was interviewing this guy. Gotta say, insulting a potential coworker doesn't bode well for you.

Wow. I wish she named names because then people would know to stay away from this company forever.

@lameravioli I'm the publicist for a comic book company and a blogger called my office to ask for a review copy of… https://t.co/zyQSiy8K6Z
— Jacq Cohen (@Jacq Cohen)1551138456.0

This blogger could not fathom a woman being in charge of publicity for a comic book company. And again with the "sweetheart." *shudder*

Raise your hand if this has ever happened to you. I can't even count the number of times. It's ridiculous.

You know, for a fellow accountant, he sure can't put two and two together. Women can be moms and have jobs, guy!

She goes on to say that she grabs her female boss, and then let them go to town assembling the tent completely the wrong way for two hours. You go, girl.

Noooooooooooooooo! I knew this would be a bad one from the moment I read "As an athletic trainer," and I was right!

Yo, buddy, if your definition of "too many vaginas" is three out of ten, you should go be a priest or something.

Could you imagine having the audacity to ask, in front of someone, what they were doing there? I wish the manager tossed him out of the store.

Um, this is a big ol' NOPE from me! Take responsibility for your own mistakes and don't try to twist it into a "learning opportunity" for someone else.

She works in a hardware store. Also she's an adult human. She knows what a key is.

That's it. This proves it. Old people should not be allowed to work anymore. Especially if they're going to be dumb like this.

No thank you! That's so gross. I absolutely 100 percent endorse the revenge they got on his herbs, though he deserved way worse.

@lameravioli I worked in a craft beer shop for 3 years and constantly had older men come in and ask if there was a… https://t.co/fbYepxRveU
— Willow Adams (@Willow Adams)1551025392.0

Why can't men understand that women are able to have good taste in beer? Do they think our taste buds can't handle it?

Yeah, you do need to stay close when you see a girl with a knife, so she can stab you with it.

I honestly don't know what any of this means, but it sounds like she really showed him. Share this with someone who can empathize!