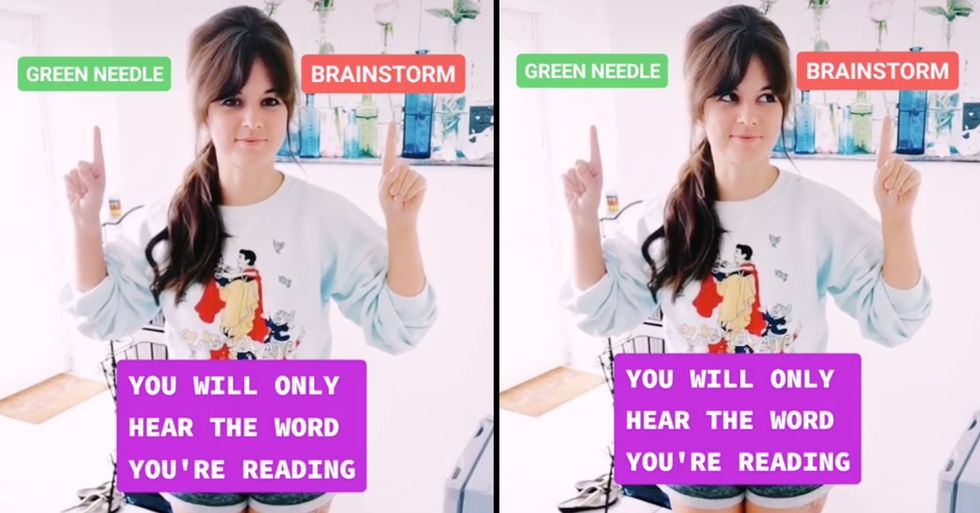 And the latest TikTok video to go viral might just be the freakiest yet...

But there's one new TikTok that's taking the internet by storm.

And people cannot get their heads around it.

We've tried it ourselves...

And we must admit, our minds are blown.

It's all to do with reading.

The video shows two words written on the screen.

One is "green needle."

The other side reads "brainstorm."

But when you read either word ...

That's also the word you hear. It's pretty crazy stuff.

And it's safe to say TikTok agrees.

The video is full of comments in awe of the phenomenon.

No one understands what's going on!

To be honest, we are too!

It seems people are listening again and again.

Trying to figure out the "trick."

It's a whole mess.

But a great way to waste some time!

Which do you hear? Want more TikTok madness? Keep on scrolling!