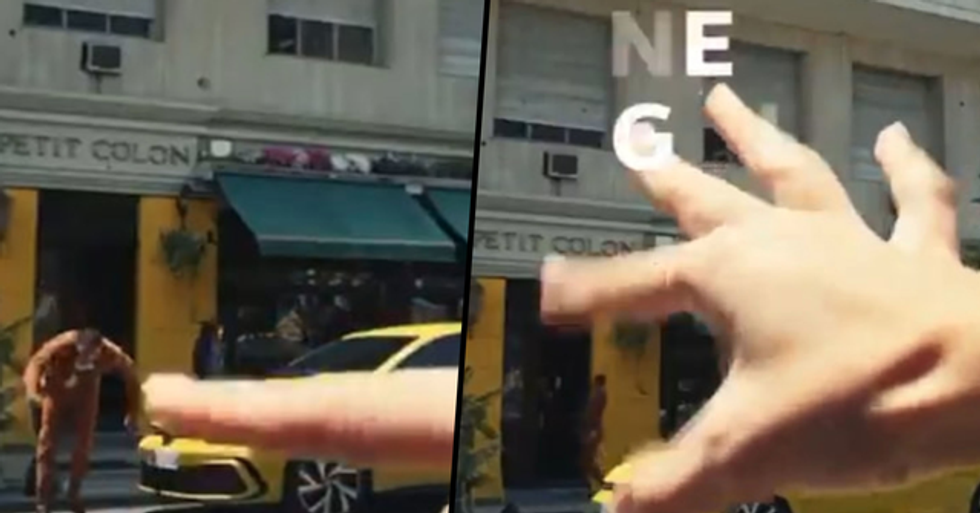 German carmaker, Volkswagen, has been forced to apologize after their latest commercial received major backlash and racism allegations.

Keep scrolling to watch the controversial ad for yourself, and to hear Volkswagen's excuse for their blatant racism...

It's 2020, and racism is still rife all across the world.

For centuries now, people of color have been hatefully discriminated against and, sadly, it is still happening today.

But that doesn't mean it isn't still happening.

We still have a long way to go for full equality across all races...

And it doesn't help that there are some huge, and incredibly influential companies among those spreading racist ideologies and values.

Racism has had a long history within advertising...

And industry giants such as Burger King, H&M, and American Apparel have all come under fire in the past for having racist undertones in their adverts.

And Volkswagen is the latest company to come under fire for racism.

The German car manufacturer, which has been making and designing cars for over eighty years, has recently faced enormous backlash for their latest advert.

The company launched an Instagram advert for its latest Golf model...

But it was hastily deleted after people pointed out the blatant racist overtone of the poorly constructed commercial.

It has caused online outrage...

And Volkswagen has since been forced to quickly issue an apology over the incident.

People all over the world have expressed their distaste regarding the commercial...

And those who have lived in Germany have stated that they are "disappointed" in the company's attitude.

And some have gone as far as to insist they will never shop with Volkswagen again.

@tariqnasheed This is Good for me to know i was about to buy a Volkswagen in the the morning I'm not buying a car from them no more FBA
— Mr Barnes (@Mr Barnes)1590026615.0

The company is in serious trouble.

It really is quite problematic.

The advert in question features a black actor being pushed along by a giant white hand away from a yellow VW Golf.

Once all the pushing and shoving has finished...

The giant white hand proceeds to pick up the black man by the head and move him towards the entrance of the restaurant in the background.

And, once at the restaurant's doors...

The white hands flicks him indoors so he vanishes from sight.

And the ad ends with the saying, "Der Neue Golf."

Let me break it down for you - A black man stands by VW car as a white hand pushes him away from it, and "flicks" him into a restaurant named "Petit Colon" - "Little Colonist" in French - followed by the German slogan “Der Neue Golf" - "The New Golf" which is shortly replaced with the word "NEGER" - German for N-word.

If you try to say that isn't racist...

You seriously need to take a long, hard look at yourself.

And have since issued an apology.

In a statement, the car manufacturer said:

“Without question: the video is wrong and tasteless. We distance ourselves from it and apologize for it. We will clarify how this could have happened, and draw the necessary conclusions."

Members of the VW workforce have also condemned the advert.

“I’m ashamed of this disgusting video," said Bernd Osterloh, the head of the workers’ council at the carmaker. “And I speak for the entire workforce when I say that."

But not everyone is too impressed with the apology.

An apology aint sh*t when we consider that this video was actually made, edited, and signed off. You knew it was ra… https://t.co/vQcaYTKi1m
— The Brandolorian (@The Brandolorian)1590062341.0

Many have slammed it as being "half-hearted", and have said that the damage was already done by allowing the advert to air in the first place.

You can watch the controversial advert above.

What do you think? Sadly, this is only one of the many adverts accused of racism out there. Keep scrolling to see some of the most shocking ones... How were these allowed to be aired?