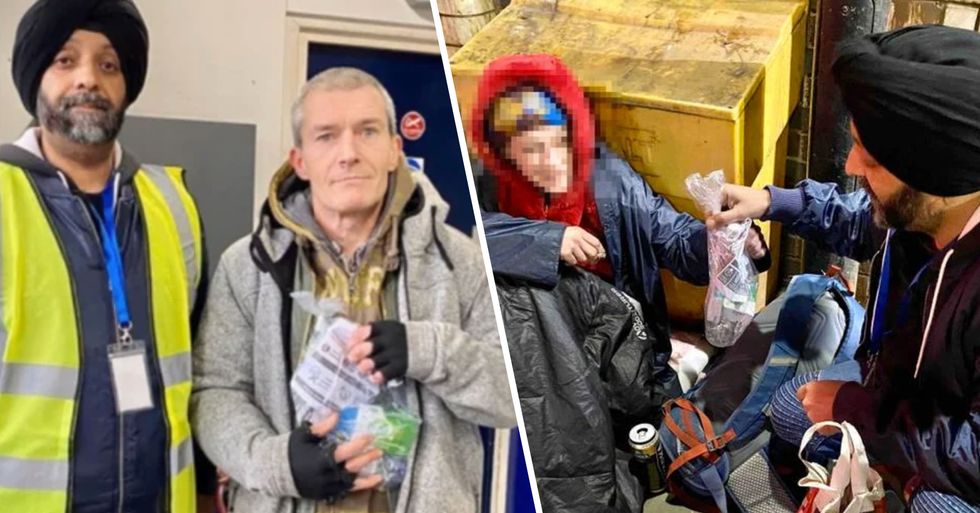 Volunteers Are Handing out Packs of Coronavirus Supplies to Homeless Communities

While many of us self-isolate, go into quarantine or generally "socially distance," homeless people are still left hugely vulnerable.

Now, one group of volunteers are trying to do their bit to help...

But, there are still so many communities left hugely vulnerable.

Especially homeless people, who already face enough challenges as it is.

But one group of volunteers are determined to do their bit to help...

Based across the pond in London, the London Homeless Welfare Team is handing out "coronavirus packs" to those living on the streets.

And include items such as soaps, tissue packs, water bottles, and a leaflet containing the UK's National Health Service's (NHS) advice regarding the virus.

Co-founder of the team, Jorawar Singh Rathour, explained that he was "surprised" at what little had been done for homeless communities.

"We recently initiated a project; distributing health packs for the homeless to help stop the spreading of Coronavirus. In these health packs contained information about how to protect yourself and included NHS advice on washing hands with symptoms of the virus. Also included: soaps, tissue packs and water bottles." He continued: "I believe that we are the first organisation to have done this exclusively for the homeless. Many people abroad travel through Finsbury Park (station and local area), which is why our team and I targeted this specific location."

Given that this is a self-funding project, the group has launched a GofundMe page.

The money raised is now allowing the group to expand its distribution of the packs.

Posting on Facebook, they said: "We wanted to say a MASSIVE HEART FELT THANK YOU to all that have supported us and are donating to help with our hand wash initiative helping to prevent the spread of Coronavirus amongst the homeless community." "We are now starting distributing across the UK. We will be covering the cost of shipping ourselves. This will ensure that all donations received will be used for making the packs and food & drink."

"We believe it's extremely important to get rough sleepers off the streets as they are more susceptible to infections and viruses. They are not able to self-isolate should they become infected."

"We believe the council should take steps as we have done to initiate a programme to protect the homelessness community immediately." "Unfortunately, many homeless are being moved on by police enforcing a time ban on returning and this can potentially become a cause of spreading the virus."

The project has drawn in significant praise.

With many commending the volunteers "for helping some of the most forgotten people in society." We need more people like this in the world... Check out the group's fundraising page here.