Walmart Bans the Sale of Handguns and Rifle Ammunition | 22 Words 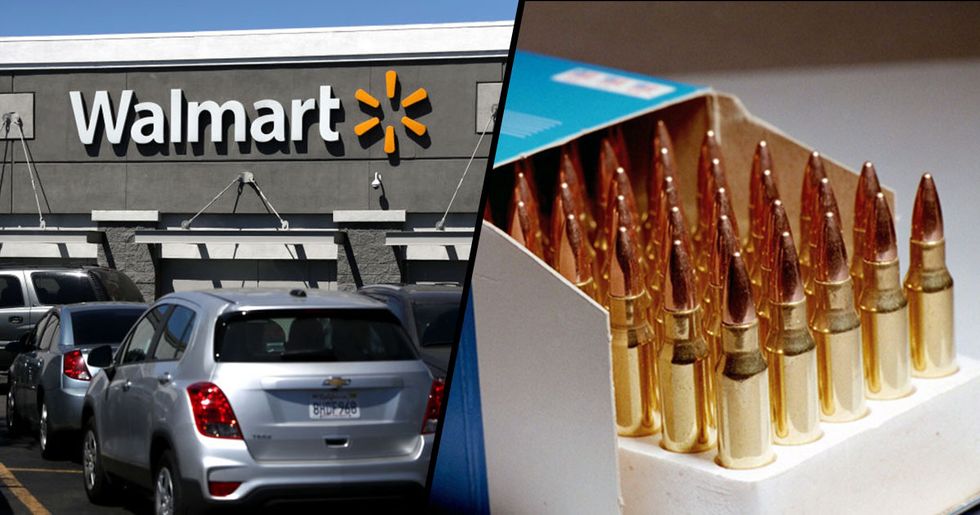 Walmart Bans the Sale of Handguns and Rifle Ammunition

News has broken that Walmart has finally banned the sale of handguns and ammunition, so keep scrolling to learn more of our country's biggest crisis...

Following these tragedies, Walmart has made the bold move to stop selling handgun and rifle ammunition.

The ban won't be instant, however...

The ban is planned to come into effect once all stocks have been depleted, rather than taking all the unsold ammunition off the shelves.

Constructive steps have been taken...

Doug McMillon, the CEO of Walmart, said in a statement: "In a complex situation lacking a simple solution, we are trying to take constructive steps to reduce the risk that events like these will happen again."

It looks like the tragic events of last month have finally sunk in...

"The status quo is unacceptable," he continued to say.
"We know these decisions will inconvenience some of our customers, and we hope they will understand. As a company, we experienced two horrific events in one week, and we will never be the same."

All we can do is hope and pray that these small changes will make a difference to the gun crime in our country.

"Our remaining assortment will be even more focused on the needs of hunting and sport shooting enthusiasts. It will include long barrel deer rifles and shotguns, much of the ammunition they require, as well as hunting and sporting accessories and apparel," McMillon explained.

But not everyone is happy about this decision...

Of course, the National Rifle Association just had to have their say. "Rather than place the blame on the criminal, Walmart has chosen to victimize law-abiding Americans," they wrote on Twitter, completely disregarding that these "law-abiding Americans" were the people who inflicted these terrors on innocent civilians.

Whatever the NRA says, Walmart has made the right choice...

It'll be interesting to see the transition when the store eventually takes all ammunition from its shelves, and it'll also be interesting to see how our country will adjust to this change. But, most importantly, it will hopefully bring a noticeable change in the numbers of mass shootings that America sadly experiences every year.