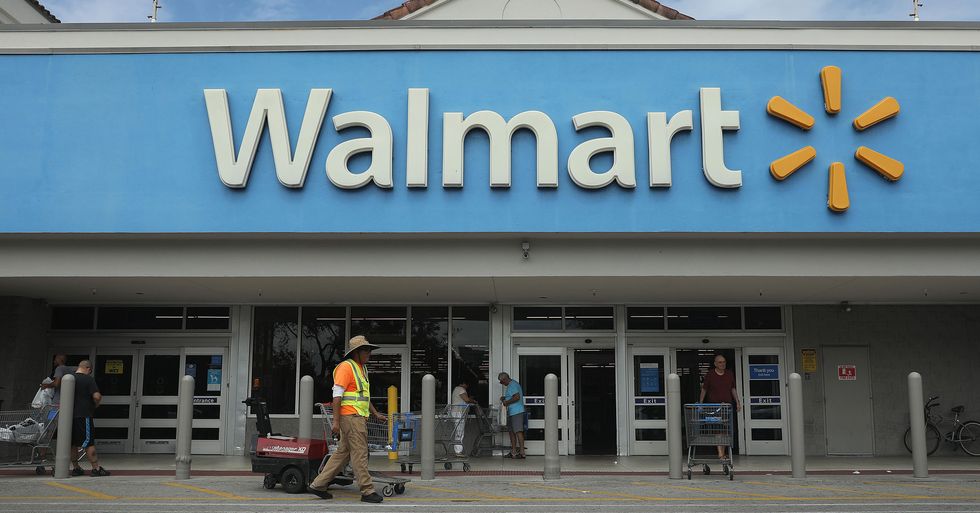 Walmart Employees Will Now Get Temperature Checks Before They Work

As the coronavirus continues to infect the world, companies have been forced to implement further safety precautions in order to protect their employees and their customers.

Walmart has recently announced that it will be putting in a whole host of extra measures for their workers. The news comes after they were in hot water, along with other businesses for not initially providing such measures of protection.

Read on to find out what actions they have taken to combat the coronavirus, and how this will affect their workers.

Walmart has officially decided to implement extra safety precautions in their stores.

As the confirmed cases of the coronavirus keep increasing in the United States, we slowly find ourselves losing hope.

Out of all the countries in the world, the States have the highest number of active cases. Death tolls are currently hitting the thousands, standing at 4,059.

And as things get worse, key workers have become an essential part of our society.

From healthcare professionals to journalists, to supermarket employees, we must be grateful for those who put themselves out in the current climate so we can continue living as safely as possible.

But many businesses failed to meet these expectations.

As employees in key areas were forced to come to work, you would expect companies to ramp up their safety guidelines in order to reduce harm.

Initially, that was not the case.

Businesses such as Walmart and Amazon found themselves on the receiving end of an immense backlash from the public as they continued to endanger their workers.

And since Amazon had a pretty blase reaction to the reaction, they continued receiving hate.

At one point, Jeff Bezos, the CEO of the online retail giant even asked the public to donate money to the company so it can help pay their employees' sick leave. What?

Thankfully, Walmart has had a change of heart.

Instead of just dismissing concerns about being in constant contact with customers, they have now provided their employees with some protective equipment so they can carry out their duties more efficiently.

Firstly, before anyone begins their shift, each person will have their temperature taken to see if they are suitable to carry out their work.

According to the new policy, if the said person above 100 degrees, they will be sent home.

And if this occurs, they will also be paid as part of a sick leave program.

Touching surfaces that are riddled with harmful bacteria has also become a concern for those forced to be in working environments. Because of this, gloves will be provided.

Medical masks will also be available but not essential. According to the Center for Disease Control and Prevention maintains that healthy people do not need to wear personal protective gear.

"If an associate feels more comfortable wearing masks, we want to give them that opportunity to do so."

They also had a response to those who claimed it was too late to put in these protective measures.

According to the spokesperson, the businesses aims were not to limit the health facilities for hospitals and other healthcare departments around the country.

So they waited until they could receive lots of equipment.

Walmart, being the largest private organization in the United States, they would need approximately 7 million masks a week for their 1.5 million employees distributed over 4,700 stores.

The first order is set to arrive in a weeks time.

Walmart's initiation of such a bulk order could influence other large businesses to implement such precautions which would ultimately lead to another shortage of medical supplies.

But it is necessary.

Right now, most supermarkets and other essential department stores have only got limited guidelines, such as a distance meter, to spread customers out and more cleaning supplies but the outcome of these little changes are limited.

It's time to ramp things up.

If businesses want to dodge protests and strikes, they has all better start listening and providing more suitable working environments for their employees.

No one should be expected to work in dangerous climates such as this pandemic.

However, for the greater good, supermarkets, and other essential services that aren't immediately related to healthcare must be available for the public.

The next step for Walmart will be to limit how many customers are entering stores at one time.

Currently, there is no responsible method to tackle this problem, but the spokesperson revealed this: “They have to go somewhere to get food," Dan Bartlett told CNN. “And so we’re trying to find a way to strike that right balance to make sure that people have the access they need, but do it in the most responsible way."

Stay safe out there, folks and prioritize your health over anything else. If you're looking for something to do while you're in self-quarantine, then keep scrolling, I have the perfect list for you...