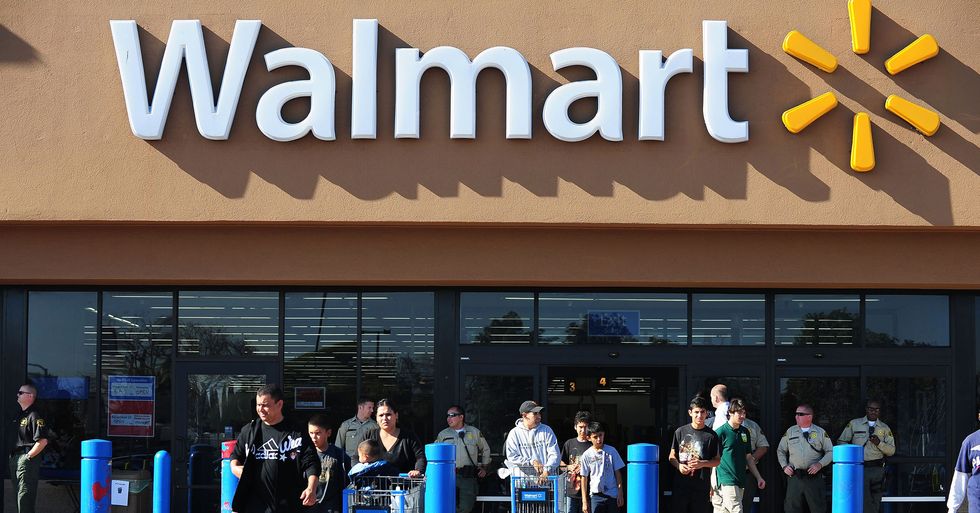 Walmart has announced that it will be closing on Thanksgiving this year as well as distributing a $428 million bonus scheme to all of its employees.

Now, that's the best way to say thank you...

We have all known and loved Walmart since the 1960s.

Originally founded in 1945 by businessman and former J. C. Penney employee Sam Walton, the primary focus was selling products at low prices to get higher-volume sales at a lower profit margin, portraying it as a crusade for the consumer.

After several name and brand changes...

The first-ever Walmart Discount City store was opened in 1962 in Rogers, Arkansas.

Walmart U.S. is now the company's largest division, with a total of 4,753 stores now spread out across the country.

Walmart continues to be one of our country's favorite supermarkets...

And their low prices are hard to beat.

But the thing that is equally as important as the low prices...

The Walmart employees, of course.

Over the years, the supermarket chain has welcomed millions of employees...

And many of these hard-working employees have spent the majority of their working lives working for the supermarket.

But this year has perhaps been one of the hardest times for supermarket employees.

The coronavirus pandemic sent the entire world into a frenzy when it first broke out in January and since then, many parts have been living in lockdown.

Of course, our health care workers were the ones who were stretched to their limits the most...

But supermarket workers were also feeling the pressure of keeping every single kitchen in America stocked up with food and supplies.

Especially when the pandemic first hit...

Shelves were emptied in a panic and the poor supermarket workers were the once feeling the heat from anxious shoppers.

And as for Walmart?

Customers have been flocking through its doors for the last few months throughout the pandemic in a desperate bid to stock-pile on essentials.

Walmart employees have been working harder than ever...

And so much overtime has been pulled in order to keep things running smoothly in all stores across the country.

Now things are finally starting to calm down...

Walmart has decided to do something nice to say a huge thank you to their hard-working staff.

On Tuesday, the company announced that every single one of its stores will be closed on Thanksgiving this year.

On November 26th, all Walmart and Sam's Club locations will shut as a thank you to their staff who haven't stopped working this year.

Staff have been giving their work 110%.

"Our associates have been working at an incredible pace, they’ve solved problems, and they’ve set an amazing example for others," John Furner, president and CEO of Walmart U.S said in a statement.

But Walmart wasn't finished there...

As well as giving all staff Thanksgiving off, a huge bonus is on its way for each and every member of staff working for the company.

Roughly $428 million has been spent on bonuses for all employees.

Full-time hourly staffers will be given $300, while part-time and temporary associates will receive $150.

The bonuses will be paid on 20th August.

"To further appreciate their incredible work, we are pleased to share another special cash bonus this summer," Furner added. "We know this has been a trying year, and our associates have stepped up. We hope they will enjoy a special Thanksgiving Day at home with their loved ones. We are certainly thankful to our people for all of their efforts."

Kathryn McLay, president and CEO of Sam’s Club, said in a statement of her own:

It's safe to say that employees are overwhelmed with these acts of kindness...

And it truly goes to show that hard work really does pay off.

Walmart's bonus scheme has made such a difference...

And we can only imagine the joy this has brought to hundreds of thousands of families across the country.

This is the first time Walmart has decided to close on Thanksgiving since the 1980s...

PINCH ME! Walmart will be closed this Thanksgiving which is usually the start of the holiday shopping season leadin… https://t.co/s1OB9kPw8G
— Jason Spicoli (@Jason Spicoli)1595416119.0

And staff are simply delighted with this kind and generous decision.

Well, here's a huge well done to the employees of the Walmart company!

They deserve this so much! Keep on reading to learn about the temperature checks that Walmart have been carrying out...