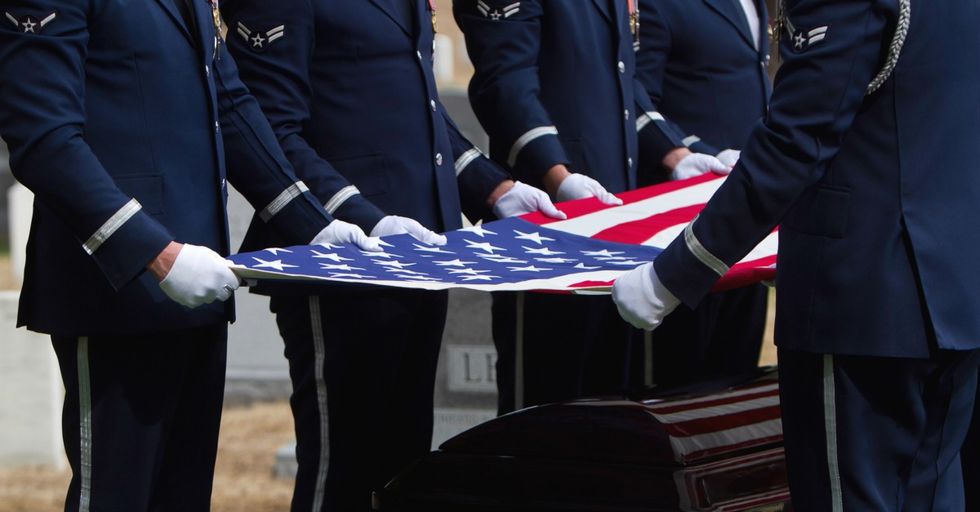 25-year old Sgt. La David T. Johnson was, by all reports, a stellar soldier. He rose up the ranks quickly and was a joy to have in his battalion, the Bush Hogs, which was posted in sub-Saharan Africa.

Johnson was killed in action this month, and his name filtered into the national conversation when it emerged that Donald Trump had made controversial statements to his grieving widow and then lied about it. Now more questions are emerging about Johnson's death.

Johnson was killed during an ambush by Islamic insurgents early October in Niger, a sub-Saharan country bordering Nigeria and Algeria.

There are several conflicting reports about the timeline of the attack, but certain facts are clear. Johnson and about 12 other United States soldiers were returning from a meeting at a village when they were ambushed by insurgents. At some point, the group scattered and returned fire until a French fighter jet arrived on the scene 30 minutes later. Johnson and three other soldiers were reportedly killed during this firefight. There is one wrinkle, however. Military leaders suppressed news of Johnson's death because his locator beacon was activated and moving for several hours after the fight until it finally faded. Johnson's body was found 48 hours later, leading to questions of whether or not he had been alive in the time his beacon was moving. If so, he had been left behind by his unit. The Pentagon's Lt. Gen. Kenneth McKenzie vehemently rejected this narrative, stating, "I'll tell you, categorically, that from the moment of contact, no one was left behind, neither U.S. -- our partner Nigerian forces or French forces were on the ground actively searching for this soldier." Details are still forthcoming regarding this discrepancy and Gen. Mark Milley of the Pentagon's African Command has stated that an investigation is ongoing. “AfriCom is reviewing very closely the security procedures," the General said. A gofundme has been set up to pay for the education of Sgt. Johnson's three children.