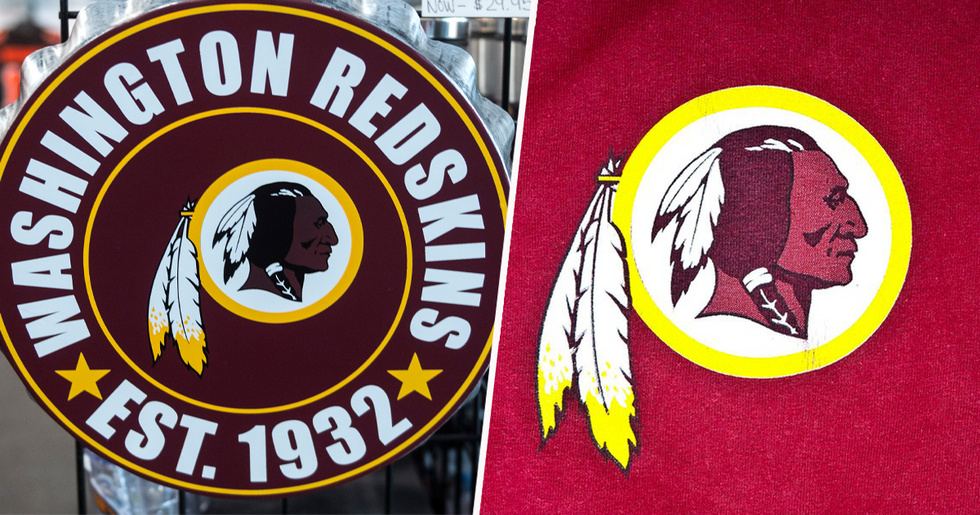 After many months of protests and backlash, the Washington Redskins have finally changed their name to something less offensive, but does it fit the football team?

Keep scrolling to see what their official new name is.

After months of indecisiveness, the Washington Redskins have finally changed their name.

And out of all the options they had, I personally don't understand why they opted for this one...

As we all know, the NFL has been a platform for change over the last few years...

The sport has now been politicized because one man used his platform to make a statement and it has finally implemented change.

Speaking in an interview in 2016, Kaepernick said: "To me, this is something that has to change, and when there's a significant change and I feel like that flag represents what it's supposed to represent and this country is representing people the way that it's supposed to, I'll stand."

However, the NFL's response wasn't positive...

But he had had a flurry of support from thousands of people all over the world.

And finally, the sport is listening...

Dan Snyder, the owner of the Washington Redskins, announced that the team will undergo a name change after they had received a wave of criticism in the past few weeks.

Since the death of George Floyd back in May, outrage has been sparked like never before...

And the Black Lives Matter movement has been protested and demanded all around the world.

Many huge brands have been called out for using racist ideologies...

And now, the Washington Redskins are next in line.

This is what an official statement had to say:

"This process allows the team to take into account not only the proud tradition and history of the franchise but also input from our alumni, the organization, sponsors, the National Football League and the local community it is proud to represent on and off the field."

“This issue is of personal importance to me and I look forward to working closely with Dan Snyder to make sure we continue the mission of honoring and supporting Native Americans and our Military."

And they're lucky that they had been planning this name change as FedEx, who is a massive sponsor for them, recently asked them to...

And other big name brands such as Nike have removed all of their merch from the website.

Now, news has come in that the name has been officially retired.

This means the team will no longer go by The Washington Redskins, or use the logo associated with that name.

They've been working hard coming up with a new name and branding...

But it seems that they ran into some major issues before this change.

There was a huge reason for this...

A man named Martin McCaulay has trademarked over forty potential new names including the likes of “Red Tails," “Warriors," and “Red Wolves."

McCaulay revealed during an interview that trademarking possible names for the team has been his "hobby" since 2014.

The sixty-one-year-old has picked up several other potential options, seeing him file forty-four claims related to potential Washington team names.

McCaulay also sells merchandise of the names he’s squatting in order to strengthen his case in court. For those who don't know, United States law requires that the holder of a trademark actually use the term they've claimed.

This makes him no ordinary trademark squatter.

“A squatter reserves a name with no intention to use it," McCaulay explained. “I went to the extreme of buying a lot of merchandise, making it my brand, and selling it."

So no wonder they opted for such a simple new name...

The team will be known as the "Washington Football Team." But here's the thing, this is the "middle name" until they officially decide what they want to change the name and brand to.

But people can't help but poke fun at it...

"Washington Football Team" is such a troll move by Dan Snyder because nearly every fan will still call them the Red… https://t.co/mxeB1QutcK
— Ben Domenech (@Ben Domenech)1595539065.0

It does seem like a "troll" name but it's better than a racist name.

Even LeBron James joined in...

Did it take them weeks to come up with this temporary name? Stop kidding us, please.

Hopefully, their permanent name will be something with a bit more creativity... Please.

Stay tuned for further updates on their progression. In the meantime, have a read of what the NFL plans to do in order to branch out into other industries...