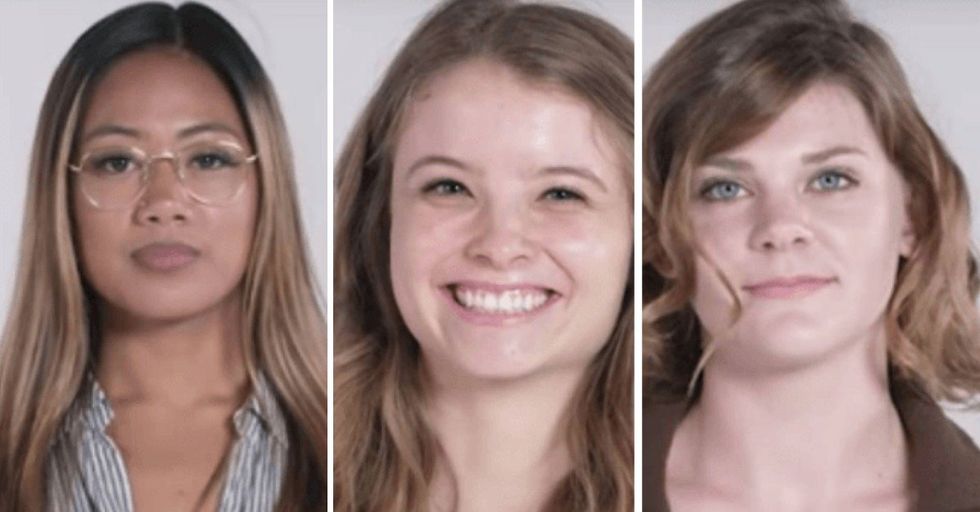 Watch Bartenders Try To Guess Which of These Strangers Are Underage

Every time I'm not carded a part of me dies. I think that part is my youth, which is to say, getting carded is either a blessing or a curse depending on where you are in life.

But if you're a bartender serving liquor, you better be able to tell if someone is old enough to drink or not. It's not, however, as easy as it sounds...or looks.

In this video from WatchCut Video, five bartenders were presented with a group of strangers and had to guess who is and is not underage.

A good bartender is expected to do a lot more than just serve drinks.

No question about it, though. The drinks are a big part of it.

A bartender serves as a sympathetic ear to regulars.

They also double as a nucleus of whatever social activities are going on in the bar. Whatever THOSE may be.

He or she is part therapist...

"How does that make you feel?" "Let's get back to that next week after I've had some time to completely forget about your problems."

The only thing worse than a crowd of people? A crowd of drunk people.

But there's an unsung part of the job that few people think about.

Few people, that is, except for underage drinkers.

A bartender needs to get pretty good at guessing people's ages on sight.

Or, alternatively, a bartender WILL get pretty good at guessing people's ages. If they spend enough time checking IDs.

But nobody ever said every bartender was a great bartender.

Take this next guy, for example.

He was caught on video trying to guess whether people were of drinking age. He didn't do a great job. Or even a good job.

Let's just say they're not hitting a home run here.

To be fair, it's hard to nail the objective all the time, but this one guy certainly deserves scorn. Cheers to that!

Before you judge too harshly, though.

There are ways for you to test your own age-guessing aptitude. Like an age-guessing quiz on YouTube. Read on to see how you rate.

Here's a popular age-guessing quiz that will put YOUR skills to the test.

Why is it popular? Because as with underage drinkers, there's no shortage of bored people on the internet.

That's not the only one.

This one's supposed to be tough. So don't feel too bad if you fail.

Contrary to what's often expected of them, bartenders aren't superheroes after all. They're just regular people.

They might not be any better at guessing people's ages than anyone else. Especially when the subject of that guess is actively trying to look older.

So the next time you get carded...

Don't feel too flattered. The bartender is probably just playing it safe.