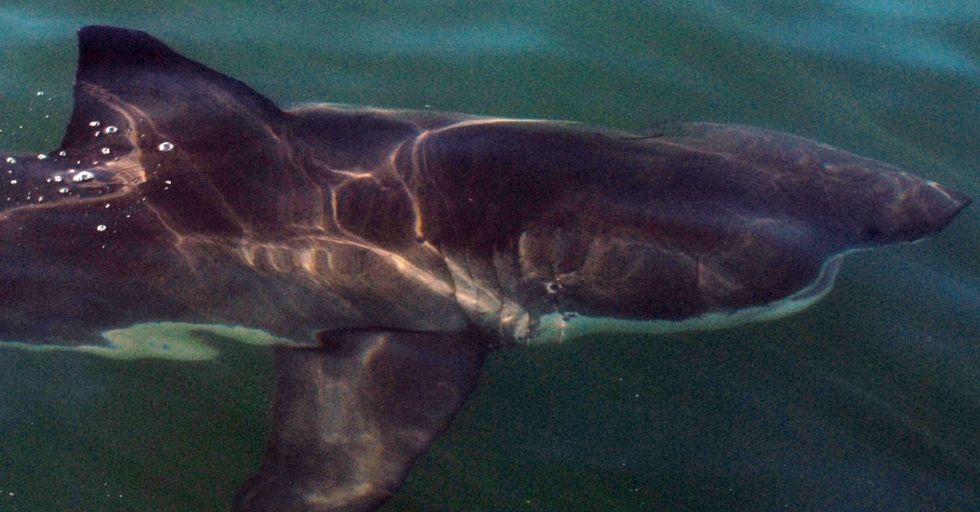 Oh, Australia, our wacky neighbor down under. Australia has a reputation for being the most extreme content on the planet. Where else can you find enormous spiders and rampaging camels, not to mention koalas with chlamydia (never forget that fun fact).

This week, another legend burst forth from the wild west that is Australia. That legend was 50-year-old Melissa Hatheier.

The real estate agent from Cronulla, a beachside suburb of Sydney, was taking a leisurely swim at a beach in Australia when her mother pointed something out to her.

It was a Port Jackson shark stranded in a tide pool. Port Jackson sharks are typically not deadly to humans and only eat mollusks, crustaceans, and other fish. They do, however, grow up to five feet, and have been known to bite. At this point, most people would be like, "hell naw, not today, Jesus!" but Hatheier is not most people. Hatheier is Australian.

In a feat that can only be described as LEGENDARY, Hatheier scooped up the struggling shark and walked it over to the other side of the tide pool, where she deposited it in open ocean.

"I thought, as long as I keep my hand near its fins it couldn't bite me," Ms Hatheier said in an interview with ABC. "I wouldn't have grabbed it by the tail though." Thanks to her feat of bravery, the shark swam away moments later and is reportedly doing alright. The entire video was posted online courtesy of Cronulla Real Estate. Hatheier is fine and presumably still unconcerned by her brush with a shark. Australians, ya know?