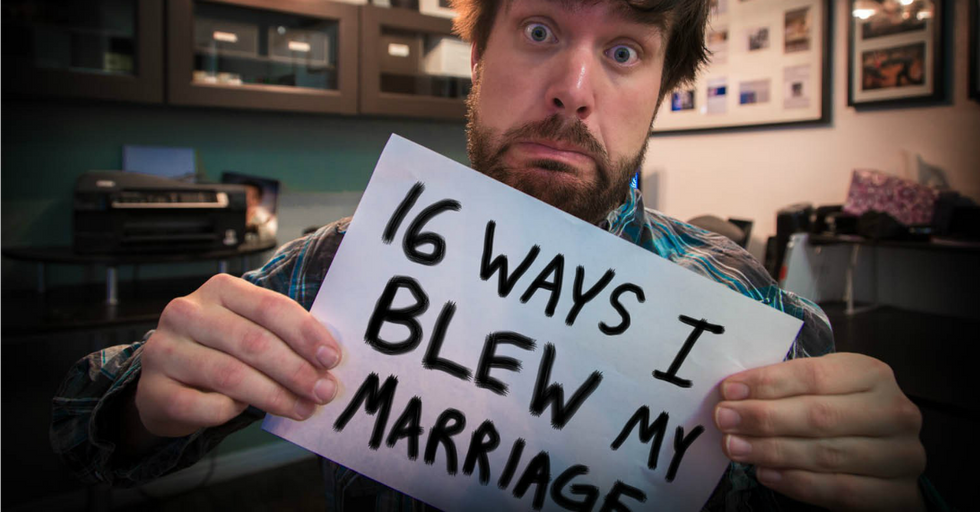 16 Ways To Completely Ruin Your Marriage

Marriage is hard, as evidenced by the fact that a lot of them up in divorce. People change, things change, and there's no manual you can study to ensure a long relationship.

That's what Dan Pearce — who has been divorced twice — realized when a few years ago, he was tasked with giving his best marriage advice to his little sister on the eve of her wedding.

He realized that while he didn't have marriage advice to give, he had plenty of "keep your marriage from ending" advice, and that might be almost as good. "And so, that night, I sat down and wrote out my 'advice list' for my little sister," he wrote. "You know… things I wish I would have known or done differently so that I didn’t end up divorced (twice)." Consider it your manual.