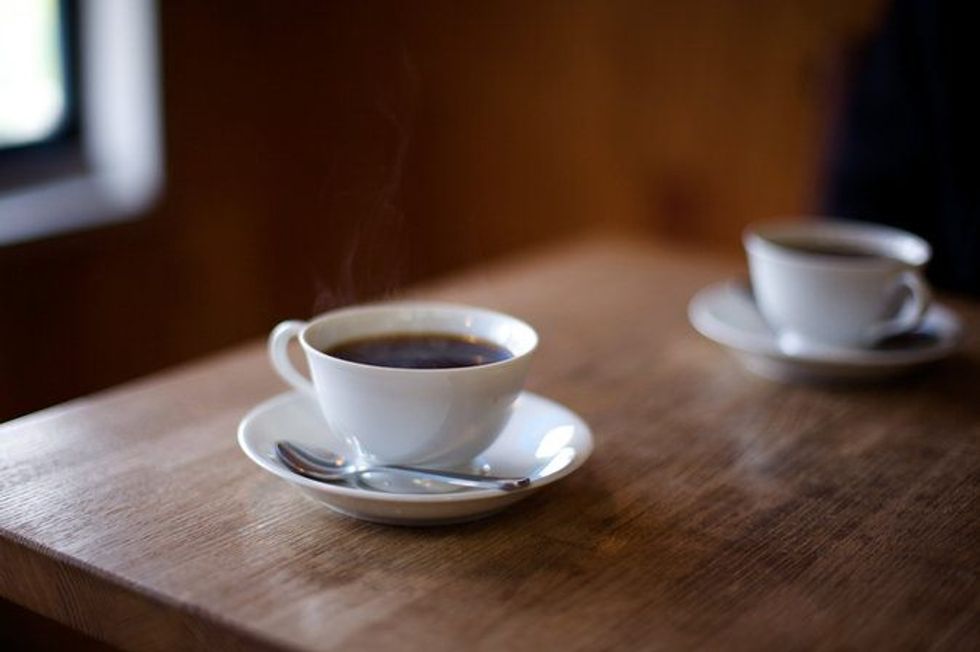 Sadly, we know that there will never be a reboot of Friends, no matter how many times we ask the cast about it.

But that doesn't mean we don't have any lingering questions (which will never be answered). Like, how are Ross and Rachel dealing with their teenage daughter? Does Chandler's third nubbin still bother him or has he simply come to embrace it? Did the friends make fun of Joey after his failed attempt at a spin-off?

However, if you've been wondering for the past 13 years just how many cups of coffee our pals at Central Perk have had, you can finally breathe easy, because it's been calculated for you.

Writer Kit Lovelace kept tabs on all 236 episodes of the beloved show to determine how much coffee each of the six Friends either poured, purchased, and/or consumed and put the results into handy infographics.

Kit, who conducted the intense research back in 2015 for website Popbitch.com, revealed on Twitter she fast forwarded through eps, only to stop on Central Perk scenes and keep a "keen eye on any mug/potential cup activity". What she discovered was that Phoebe was the biggest coffee addict of them all, with 227 cups to her name. Could that explain her slight ditziness. But wait! There's more.

She also tracked their coffee habits season by season, discovering that overall, their consumption decreased as they neared season 10.

So you're telling me they basically took up the largest couch in Central Perk and didn't get any coffee at all? I sympathize now, Gunther.

With all this coffee, one has to wonder how much money they put down over the course of a decade.

It makes sense that Phoebe spent the most at $408, but someone explain to me how Rachel and Joey, both former employees of Central Perk, spent that much when they could've gotten it for free? (I'm assuming) PS: Kit figured out coffee costs thanks to the episode The One With Five Steaks and an Eggplant, in which Monica gets a bill for one coffee and a scone, totaling $4.12. As for tips, Chandler confirms they left 20% in The One With Unagi.

He even noted any and all empty mugs.

Could he BE anymore thorough?