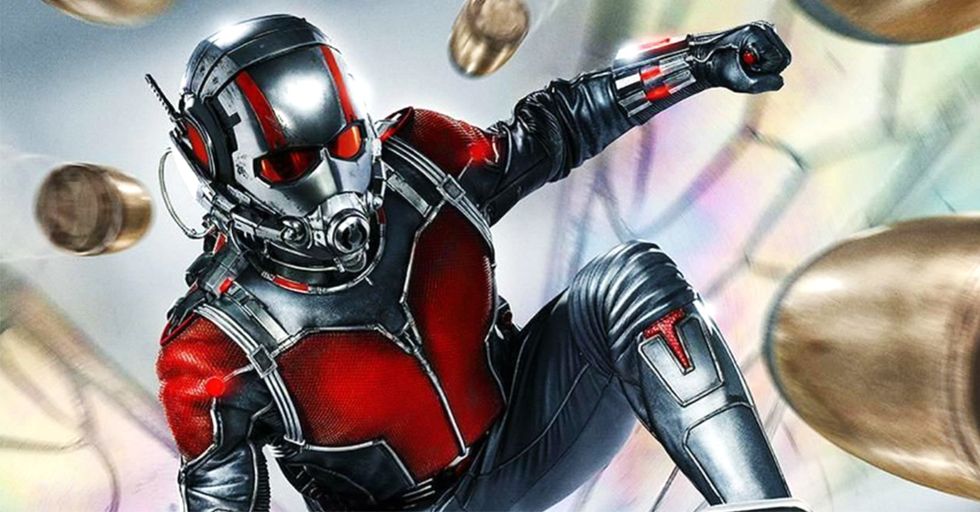 Going to the movies is a great way to spend a couple hours.

You've got snacks, drinks, and entertainment all in one convenient location!

But sometimes, a mistake in the film can take you right out of the action.

It might seem like a small detail to some people, but for those who thrive on accuracy, an error in time, location, physics, or some other realm is enough to ruin a film, or at least keep you from giving it a five-star rating. Here are some of the most glaring errors people have noticed in films.

1. The Airport Runway in The Fast and the Furious 6

If you've seen the movie, you knew this was going to be on the list. The film has an incredible 13-minute speed chase on an airport runway. That's right. For 13 minutes, a bunch of cars (and a plane) furiously speed down a runway. The BBC did some rough calculations and determined that in order to be going at those speeds for that long, the runway would have had to have been at least 26 miles long — that's significantly longer than any runway you'll find at an airport.

2. The Universe in Prometheus

People who didn't enjoy this film are going to tell you that there's a lot wrong with it, but I'm just sticking to the facts here. At one point in the film, Charlize Theron comments that she and her team are "half a billion miles away from Earth" after traveling 35 light years into space. In reality, 35 light years is about 205.8 trillion miles away from Earth. Half a billion would put them right near Jupiter. Whoops.

3. The Physics in Ant Man

The "science" behind shrinking things is that they moved the atoms of an object closer together, making them more dense. That should mean that when objects grow larger, they're less dense, right? But somehow, when an object grows into a giant version of itself (such as with Thomas the Train Engine), it actually gains mass and suddenly becomes stronger. Something doesn't add up here.

4. Driving in Basically Every Movie Ever

In most cases, driving scenes are not filmed with actors actually driving on the actual road. Still, couldn't they at least pretend to look at the road and follow the road rules? For us? And speaking of driving movies...

5. The Bus Jump in Speed

You want me to believe that a bus will explode if it goes less than 50 mph? OK, sure. I'll buy that. But I draw the line at believing a bus can jump a 40-foot gap without losing even an inch of altitude.

The chase scene involving Bucky and the Black Panther is meant to occur in Bucharest. There's even a title card announcing Bucky is staying in Bucharest. And yet, the filmmakers decided to film part of the chase sequence at one of the most recognizable buildings...in Berlin.

7. The Bridge Jump in Ghost Rider

Filmmakers made a similar choice when filming Ghost Rider. The movie was meant to take place in a nondescript town in Texas. That more or less held together until the moment that Johnny Blaze drives up this bridge which is — unmistakably — a bridge that's located in Melbourne, Australia.

8. The Bible in Book of Eli

Sure, it might have one of the most mind-blowing twist endings ever, but that doesn't mean the film is without its flaws. If you've ever seen a book transcribed into Braille, you'll have noticed something immediately: They're big. Braille takes up much more room than text on a page. In other words, a Braille version of the Bible would be HUMONGOUS. Not something one guy could carry around with him.

You probably thought we were done with Civil War. Nope! The background seen here has the words "United Nations" translated into several different languages. Unfortunately, whoever was in charge of translating it into Arabic failed miserably. It's 100-percent backward. It's basically the equivalent of it saying "S NOiT aN DEt InU." That's bad enough, but there's something that makes this particular flaw even worse...

10. The U.N. Background in The Black Panther

They used the same background in Black Panther. Come on, guys!

11. Hacking Computers in Every Movie (and TV Show) Ever

This is another one you've seen many times. You don't need me to explain to you that randomly typing on a keyboard and then shouting "I'm in!" is actual hacking, right? If you need an example of some of the worst on-screen "hacking" in all entertainment history, check out this video. If you can make it through without letting your jaw drop, you're a stronger person than I.

12. Aang's Name in The Last Airbender

OK, obviously, there are a lot of flaws in this film. The most egregious of which is definitely the fact that they whitewashed basically the entire cast. But they also decided to completely change the way the main character's name was pronounced. It's not like there were several years of source material made available to them...

13. The Tornado Escape Plan in Man of Steel

A lot of people complain about the fact that Clark's dad sacrifices himself to the tornado instead of dying from something that Superman couldn't help with. And yeah, that's a fair complaint. But it's not my complaint with this scene. The much larger problem with the tornado scene is that everyone decided to hide under an overpass in order to protect themselves from a tornado. This is SUPER, SUPER DANGEROUS. Hiding in an overpass might actually be one of the worst things you can do during a tornado. People who live in Kansas would know that. Filmmakers from Hollywood, on the other hand? Apparently not.

Throughout the Harry Potter books, Harry is told numerous times that he has his mother's eyes. It's kind of a big deal. And yet, in the films, Daniel Radcliffe has blue eyes, and his mothers are clearly brown. Swing and a miss. There's another flaw in the Harry Potter movies that makes me laugh every single time...

15. Dumbledore's "Calm" Question in Harry Potter and the Goblet of Fire

In the book, Dumbledore calmly asks Harry whether he put his name in the Goblet of Fire. Calmly. In the movie? Not so much.

16. Walkie Talkie Protocol in a Bunch of Movies

17. Silencers on Guns (Also in a Bunch of Movies)

Gun silencers (or suppressors) do make gunshots quieter, but it's nothing near the level of silence you hear in most action movies. Shooting a gun requires an explosion, and explosions are loud.

Done correctly, CPR looks downright violent. It will typically result in several broken ribs. The likelihood that someone will just cough up some water and continue on about their day? Yeah. That's not going to happen.

In real life, if someone has flatlined, using a defibrillator will do absolutely nothing. There are very specific circumstances in which using a defibrillator has a chance of reviving a patient. Defibrillators create an electrical shock that disrupts "chaotic and disorganized heart arrhythmias." The word defibrillate actually means to "disrupt fibrillation." Jump-starting someone's heart is not like jump-starting a dead car battery. Sadly, defibrillators won't just shock the heart into restarting. An extended flatline (also known as "asystole") shows the doctors that there is no electrical pattern at all in the heart. Therefore, there's nothing to disrupt. Medical shows and movies constantly get this one wrong, as any medical professional will tell you. Share this with your favorite movie-lover!