We Just Found Out That 'Torn' by Natalie Imbruglia Is a Cover, and Now We Feel Like Our Whole Lives Have Been a Lie | 22 Words 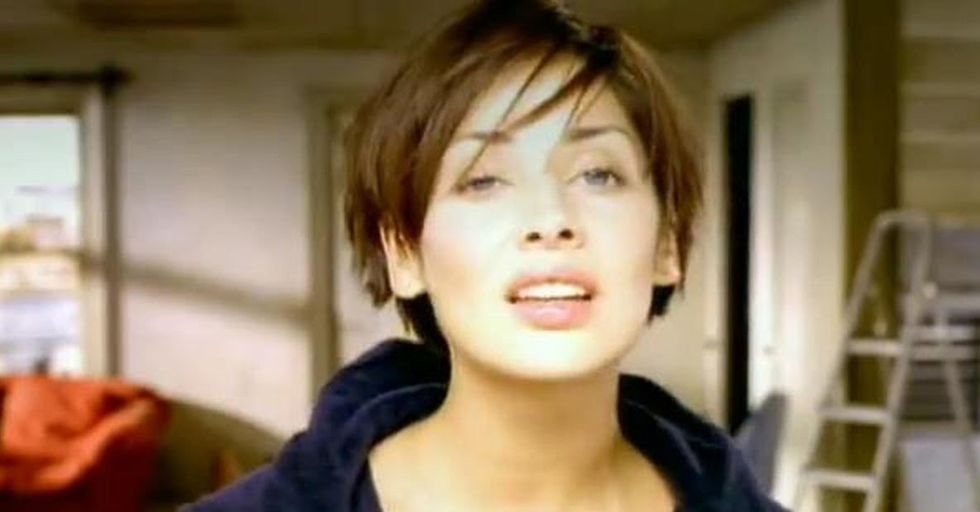 We Just Found Out That 'Torn' by Natalie Imbruglia Is a Cover, and Now We Feel Like Our Whole Lives Have Been a Lie

Do you remember that song "Torn" by Natalie Imbruglia? You'd know it if you heard it — which you can below. It was the jam for many 90's kids, and if it comes on today people still can't resist belting out the lyrics.

But before you go instinctively belting out the chorus — brace yourselves — I have some news for you.

Actually, the news comes from a Twitter user @VilinskiKonjic.

Yeah, it turns out Natalie's version is just a cover.

And it goes even deeper. It's a cover of a cover. It's cover-ception!

In case you're having trouble remembering the song...

...Here you go. Feel free to crank it as loud as your roommates or coworkers will permit. Doesn't sound too familiar, does it? I mean, it DOES, but not because you've heard someone else play it before.

The exact origins of the song are somewhat unclear given the modest fame of the earlier performers.

Other than the fact that it isn't Imbruglia's song, which is throwing everything we thought we knew out the window.

If you knew this already then WHY DIDN'T YOU SHARE THE NEWS?

But people were shaken up. You probably want to hear the original version now, don't ya? We've got you covered.

Not a bad song by any stretch, but we can see why Natalie's more upbeat version received more widespread acclaim. Plus, she was already an actress in Australia, which gave her a leg up on the whole notoriety thing.

But now, thanks to one Twitter user, we know that that "original" isn't actually the true original.

Some are a bit angry at him for ever exposing this reality to us. But something tells me we're going to get through this period of disillusionment and come out on the other side even stronger than we were before.

Everything we know is wrong.

Ignorance is bliss, right? Nah, ignorance is ignorance. Not knowing something doesn't change the truth, folks.

Well, fake anger at least. I mean, it wouldn't be Twitter if someone didn't hate someone else for almost no reason.

Vilinski took it in stride though, and is enjoying his newfound "Twitter fame."

His original tweet has nearly 2,000 replies, so clearly people are shaken by this fact. And those replies don't even count the people at their keyboards who are sobbing too hard to hit "reply."

Entire groups of people are debating and discussing this "new" information.

Which makes you wonder — why are people just figuring this out now? They call themselves fans?

At the very least, we all have a new fun fact to share at parties.

Until everybody learns this, then you'll be back to square one in search of your next "Did you know?"

Vilinski is aware of the destruction he's caused.

But who can blame him? If you knew this, you would have to share it too. He couldn't bear to suffer it alone. And if this can ruin someone's life, then maybe they were destined to have their life ruined on Twitter in one way or another. But who would have thought it would be as the result of a Natalie Imbruglia song?