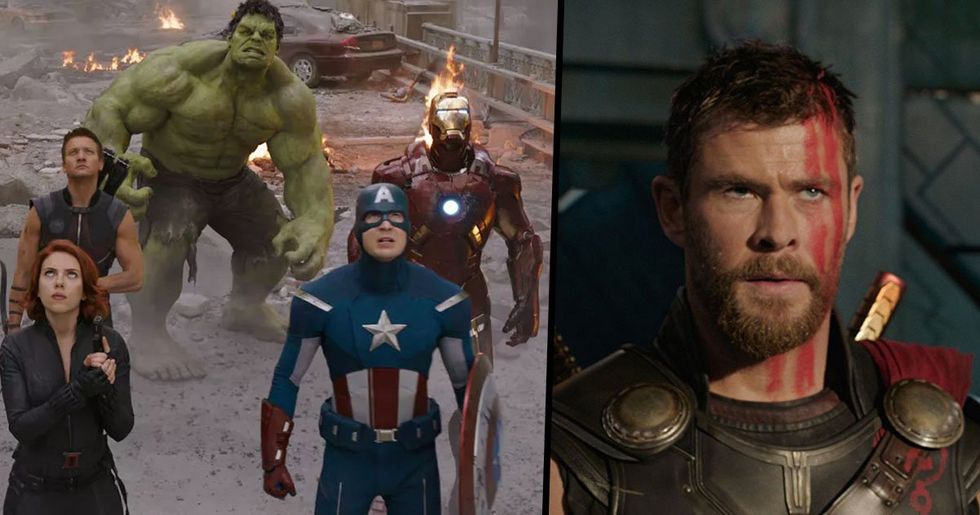 Website Offers $1,000 for Someone to Watch 20 Marvel Movies Back-To-Back

I have a confession to make. It’s a secret that’s made the last few years difficult to endure. Okay. Here it is… I don’t care for superhero movies. I just don’t. I find them silly and I don't identify with any of the characters. Even the movies that try to be all serious like Nolan’s Batman trilogy just don't do it for me.

The problem with my disposition is that, while I don’t really like superhero films, everybody else in the world seems to love them. People pay through the nose to watch the next instalment of the Marvel universe to tag along with some quippy beefcake in a skintight onesie as he fights crime or aliens (or alien crime). Last year, Infinity War made net takings of $3 billion. $3 billion! For a movie about a bald, blue giant and his quest to steal little colored rocks to put on his magic windbreaker or something (I don’t know the details, I didn’t see it), that's seriously impressive! Even my mom went to see Avengers: Infinity War - and she’s sixty!

Now, a website called CableTV is offering $1,000 to a Marvel fan to watch all twenty Marvel movies back-to-back. It sounds like my worst nightmare, but, because we love our readers so dearly, I’m going to give you the lowdown.

That’s over forty hours of non-stop Marvel-ing. Needless to say, I’m out.

But it does pan out at twenty-five dollars an hour. Not many would turn their noses up at that!

It’s all in preparation for the release of Avengers: Endgame, which is set to hit movie theatres in April.

Here’s the trailer, in case you haven’t seen it!

As far as I can make out, Robert Downey Jr is lost in space and has to be rescued by Paul Rudd, the guy from Sunshine, robot Don Cheadle, another blue bald alien and Jeremy Renner, who's really into archery for some reason.

But CableTV are no suckers.

They want proof - so you’ll have to live-tweet your experience, tagging them on social media as you go.

And there's a system in place.

The chosen applicant must watch the Marvel universe canon in order.

Cue a rundown of the twenty films, in order, and with (an attempt at a) description of each. Go!

Robert Downey Jr makes a big, red, metal (not iron, though) suit that allows him to fly and shoot non-specific plasmic beams at bad guys. Meanwhile, Jeff Bridges goes all weird, shaves his head and starts riding a Segway.

Edward Norton tries really hard not to get angry at stuff. If he gets angry, he grows, turns green and his pants tear but, somehow never come off...

In this one, Iron Man falls out with his buddy, runs into legal complications and Mickey Rourke searches for his missing cockatoo whilst donning the most outrageous Russian accent.

So it turns out the Vikings were right all along! The mythical land of Asgard is a real place and it’s solely populated by Chris Hemsworth and his "bro" friends.

Okay... so... the Second World War was actually won when the US army decided to inject a scrawny kid with special space steroids. He then fights a Nazi death cult, ruled over by a seemingly untreated burn victim called Red Face.

This one’s really exciting because, for the first time, Robert Downey Jr gets to team up with all his buddies! These include the Norse thunder-bro, the investigative journalist from Spotlight, that archery hobbyist, Captain America and the other one.

I have no idea what this one's about. Something about a mandolin…

This instalment sees Thor try to convince his little brother to join his prog rock band while aliens attack earth in a ship that looks like a brick chisel.

Captain America wakes up in the present day after being frozen in ice for half a century. He visits his ninety-something-year-old girlfriend and doesn’t watch a movie, order a takeaway or listen to any music. Weird.

If you're still up for more, the next movie on the list is Guardians of the Galaxy (2014).

Chris Pratt leads a quippy band of space pirates on a quest for general mischief. There’s a sentient racoon and a mopey tree-person called Groot.

Oh, I actually saw this one! Robert Downey Jr dabbles in AI, which then goes rogue, downloads itself onto the internet and watches Disney’s Pinocchio - which apparently really resonates with it.

A seemingly ageless Paul Rudd becomes an ant-man that can shrink and, um, talk to ants…

Iron man and his buddies fall out over legislative agendas, they split off into two factions and have a big fight in an airport, causing millions in damages.

Benedict Cumberbatch plays a narcissistic surgeon who breaks his hands and forges a career in magic. Tilda Swinton’s in this one and she plays a Tibetan monk… yeah.

Chris Pratt battles with his ego. I think he loses. Groot goes all Benjamin Button on us.

Tim Holland becomes the world's third Spiderman in ten years. Michael Keaton rolls in to pick up the check and do his "I’m-going-to-eat-your-children" face.

Someone spikes the writer's coffee machine with LSD. Then, they all stay up playing with glitter and listening to Lordi.

Avengers: Infinity War (2018) is the penultimate movie on the list!

And everything goes to sh*t. They all die.

Ant Man is back! Only this time, there’s a wasp involved… somewhere, somehow... I don't know.

I have no idea what it’s about. I’m so tired.

There you go, world. That's all the Marvel movies in order.

I don’t want to disparage all the Marvel heads out there.

I have nothing against people who like Marvel, in fact, I envy you; you guys get to be excited about this kind of thing. It must be nice.

Feel like you're the guy or gal for the job?

Here’s the link if you want to apply! But we want to warn you…

You won't be getting any sleep!

That’s right! The condition is, you have to do the whole binge without sleeping! Enjoy…