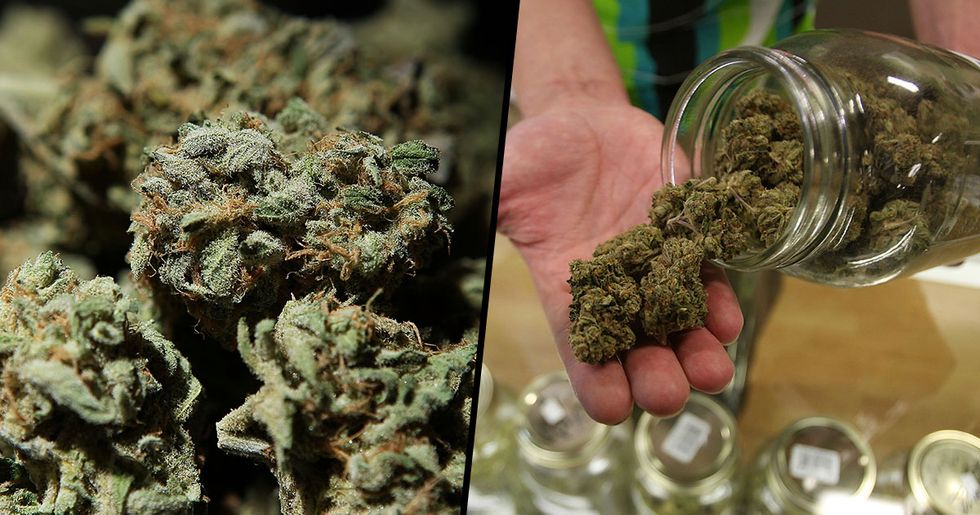 The US Government shutdown is now approaching its second month, and no one seems quite sure when it will end. It's causing havoc across the states, but a factor you may not even have considered is how the furloughed federal workers are getting hold of their marijuana.

These furloughed workers are not getting paid - and haven't been for quite a considerable time. Federal workers could be struggling to pay for their basic necessities. For those with a medical marijuana prescription, this extends to their cannabis.

Well, one kindhearted weed company has decided to step in to help those in need. An online marijuana marketplace has pledged to donate the good stuff to any government worker struggling to fill their prescription. As the shutdown drags on and on, without any resolution in sight, it's great to see companies with hearts looking out for those most adversely affected - even if it's in less conventional ways!

You've probably heard about the US Government shutdown.

It's been going on for over a month now, with no end in sight. Federal employees are currently unable to work.

As you may have guessed, it's all because of this guy.

Current United States President, Donald Trump, is essentially at the root of the cause of the shutdown.

The shutdown stems from one of his most controversial policies.

Trump's proposed border wall with Mexico is what started disputes which have led to the government shutdown.

These disputes have left many federal workers unable to work.

All types of federal workers have been left out of work thanks to the disputes over the building of the border wall.

The conflict (and shutdown) have been going on for over a month now.

And, perhaps because Trump doesn't seem to be taking it seriously, there is no end in sight.

Thousands are unable to work.

They have been "furloughed" - which essentially means granted a leave of absence, but in this case, it's against their will.

You'd think someone would be able to sort it out.

Like, as an example off the top of our heads, the President of the United States?

While a break from work could be seen as a good things, two months without pay is no joke.

Federal government workers are having to sign on for unemployment benefits, which are notoriously hard to live off of. Many are struggling to pay for life's necessities.

And these necessities span wider than you may think.

While food may be the first thing you think of, running out of prescription medication can be equally as dangerous in times of unemployment.

And there's one prescription that you may not have considered.

Medical marijuana. Of the 800,000 staff reportedly left unpaid, it's pretty likely at least some have a reliance on their prescription weed.

Medical marijuana has been legal in the USA for many years now.

Though it sounds controversial, it basically isn't any more - and, in fact, some states have started to legalise recreational use of the drug, too.

We're not talking about getting high here.

Although smoking weed has a recreational reputation, it is actually recognised as a useful medical substance.

This is weed that the doctor literally ordered.

Meaning it's the same as any other prescription medication - a necessity, and not a luxury.

It can be used to treat many different ailments.

Medical marijuana is particularly effective in treating psychiatric disorders such as anxiety and PTSD, and many chronic pain disorders.

Going without it can be a worrying prospect.

As with any prescription medication, if you are forced to stop for monetary reasons, it can be quite a frightening issue.

One company has chosen to step in.

Online weed outlet Bud Trader has pledges to help out any federal employees who have been left in need by the shutdown.

"I don't think federal employees are getting enough love and support. In these tough times, we want to extend the offer of a donation of medical cannabis to any federal worker affected by the shutdown." Brad McLaughlin said.

It's amazing to see some compassion during this turbulent time.

For those in need, Bud Trader's generous offer could end up being a real godsend.

Just to re-iterate, this isn't about getting stoned.

Bud Trader aren't offering to randomly smoke government employees out just for the fun of it.

The whole thing is carefully constrained by US law.

They're donating only the legal limit, and within states where such marijuana use is permitted.

And their reason for the kindness?

Essentially, out of the goodness of their hearts. As they put in the Facebook post, "God Bless all Federal Employees, God Bless the Cannabis Community and God Bless the United States of America."

The internet has had a positive response.

Vice tweeted an article about the news, with the caption, "Not all heroes wear capes." We're inclined to agree.

After all, if you're out of a job through absolutely no fault of your own, it does seem especially unfair to be denied the means through which you can feel better.

Some commented on the irony of the situation.

You know how conservatives are all about people relying more on private and religious charity than government assis… https://t.co/cnaKOTc27R
— CypherCam (@CypherCam)1548340183.0

Conservative politics have always relied on the idea of the kindness of strangers - we're just not quite sure this is what they had in mind.

There was some controversy to the announcement though.

Federal employees are subject to drugs testing - and it seems unclear whether they're permitted access to medical marijuana or not.

Others were a little more sceptical.

There have been questions over the viability of Bud Traders' scheme. If they don't actually have to deliver on their promises, this could be viewed as a clever "publicity stunt."

We're not sure about the legalities of the issue.

But we do believe that if this motion helps those furloughed workers out in any way, then that can only be a good thing.

We're sure even the gesture will be of some help.

People responded very positively to the original Facebook post. "Class act folks!!!" said one Facebook user. "This is the “REAL" Marijuana culture. If this culture spread across the ? ? ? peace would happen just because marijuana is social and communal," offered another.

The Government are still in debates regarding the shutdown.

The small issue of the $5 billion needed to fund the wall must be resolved before any federal workers can expect relief.

And with this guy at the helm, we don't hold out much hope.

Furloughed federal workers, our thoughts are with you during this trying time. And we really do hope that Bud Traders' generous offer makes even the tiniest improvement for you.